Christmas in France and the Lights of Lyon

In Southern France (Provence), many of the roads are lined with beautiful sycamore trees (sometimes called plane trees).  Ginger and Nutmeg noticed, that the Christmas light installation in Aix en Provence, on the Cours Mirabeau started the third week in October.  It was a lengthy process, as it took about 10 days for the light installation (there are a lot of trees). However, the lights are not illuminated at that stage, instead they hang in anticipation, for the upcoming festivities at the end of November. 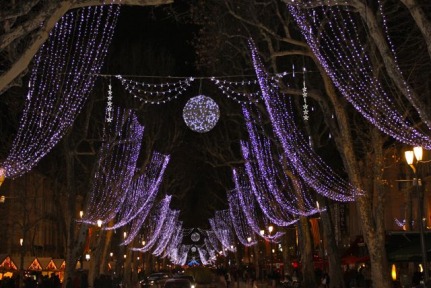 The lights in Aix en Provence and other places that we have recently visited are blessedly simple, typically in small white lights or if not a single color.  Ginger and Nutmeg were in the UK in November, and the literal assault of colour and decorations in the windows of Harrods and other department stores, created nothing short of an atmosphere of chaos.

The French markets at Christmas time are another animal all together, starting late November, les “marchés de noël” start up in every town and village in some format.Of course there is food, that pretty much goes without saying. Food specialities of the season include;  gingerbread, chocolates, mulled wine, local truffles, dried fruit, clementines, walnuts and the first pressing of the year’s olives. The markets also include handicrafts, seasonal decorations and gift items.

We have had some fun exploring some of the more unique regional traditions, these include;

Dec 4th:  St Barbe’s wheat – wheat germ are sold in many bakery shops and numerous vendors ahead of this date.  The wheat is planted in three saucers and covered with damp cotton wool.  You need to keep them wet but not soaked up to Christmas day. If the stalks grow straight and green your next year will be prosperous.  This miniature wheat is then placed in the family creche.

Dec 8th: Lyon’s Festival of Lights or Fête des lumières takes place on December 8th every year.  On this date the people of Lyon place little candle lamps in their windows in honour of the Virgin Mary.  The festival dates back to 1852 when a statue of the Virgin Mary was to be inaugurated on Fourviere Hill. The event had been delayed and postponed a few times due to a violent storm.  The storm passed and the inhabitants of Lyon lit their homes with candles and took to the streets to celebrate.  The tradition continues to this day.  Now the festival is four days in length and the city is awash in fantastic light displays.  The 8th of December is still a pivotal part of the festival, as this is the only day where the homes are lit up as well.  Ginger and Nutmeg were treated to a “locals” tour of all the lights and some fantastic restaurants.

Check out Ginger’s latest YouTube videos from the event:

You can see more photos in Galleries (just click).

Dec 24th: The Christmas Eve dinner is “the great supper” to mimic the last supper. It is a very lean meal in memory of the 7 sufferings of Mary.  Foods are typically ones that require minimal preparation and include no meat such as; cauliflower, chard and celery,  spinach and cod, omelette, snails, simple fish, shellfish, gratins, soups and anchoïade (anchovy paste). The tradition of the thirteen desserts, Les Treize Desserts de Noël, is to represent Jesus and the 12 apostles.  The deserts are served in abundance and are typically eaten after returning from midnight mass.  The deserts include: 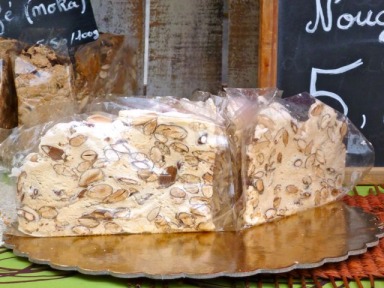 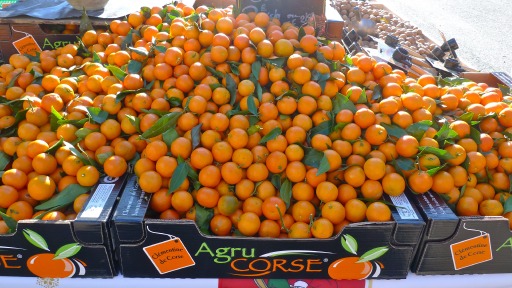 We are enjoying Christmas in France, and we wish you all a very happy and safe holiday season!

Food Travel Tags:
Christmas in Provence, Festival of Lights in Lyon, Provence Travel, Things to do in Lyon, Travel in France