Ginger, Nutmeg, and Jade recently arrived back in Calgary after their “Year in Provence”. Ginger insisted that he had to return to North America for several commitments. Although, he did admit that returning in the month of November was dubious. The two ladies agreed to come back reluctantly, but only after Ginger promised that they would return to France next summer.

Nutmeg was thrilled that there was no snow on the ground for their arrival.

Jade was happy to get out of her travel kennel. She was not too fussed about where she was, as long as the food kept coming at regular intervals.

Ginger was probably the most excited as the NHL hockey season was underway and his regular “old boys” league were still playing on a weekly basis.

Lulled into a “soft landing” with lunches, dinners and various excuses for drinks ranging from coffee to cocktails, they caught up with close friends. The weather even cooperated for the first ten days with blue skies and temperatures hovering around the 0C level. Then reality hit, a mid-November snowstorm and frigid temperatures decreased Nutmeg’s outdoor activities to virtually zero.

The days of carefree life in Provence were starting to fade, as two nagging questions kept reoccurring in discussions. What next? How does it feel to be back?

Regarding, the question of what next? The trio has no idea.

On the subject, of how does it feel to be back? Nutmeg has prepared the following chart to help clarify their state of confusion:

If the last column in the table above, reminds you of your stock portfolio or the Euro-zone crisis, it is not just a coincidence.

Nutmeg decided the only way out of the confusion was a trip to the kitchen. It happened to be the kitchen at Blink Restaurant, where they are now offering monthly cooking classes, click here for details. Chef Andrew Richardson expertly prepared the evening meal. His charming partner Leslie Echino, who is an expert sommelier, did the wine pairing. Here, is the menu and a few photos for fun.

• chioggia and golden beets salad with goat cheese and pistachios 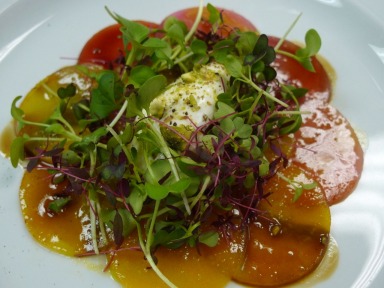 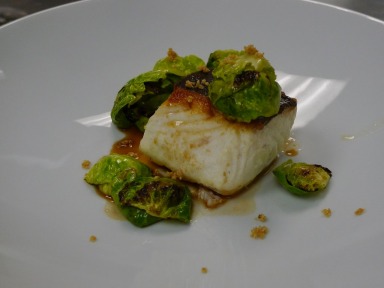 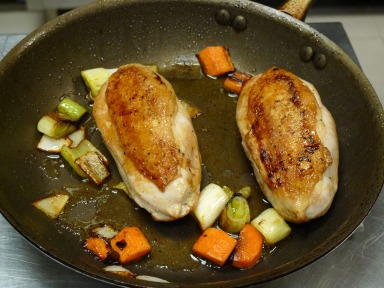 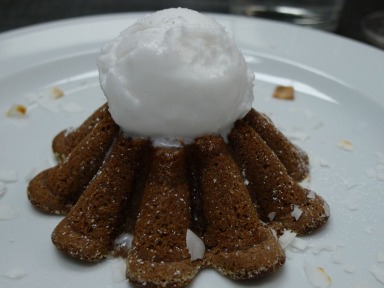 Ginger and Nutmeg have enjoyed their white hat welcome home, from the cowboy hat wearing volunteers at the airport, to Chef Andrew and of course all their dear friends.