Isle sur la Sorgue a touch of Venice in Provence

Most people (read tourists) go to l’Isle sur la Sorgue for one of two reasons:

Very few would go because they were expecting Venice in Provence.

Ginger and Nutmeg had only visited l’Isle sur la Sorgue for the Sunday market. Despite the fact that this market originated in 1596, it was not their favourite trip! Finding a parking spot larger than a shoebox can easily waste an hour. This followed by mosh pit conditions in the narrow streets, heaving with food and bric-a-brac market stalls. After an hour, if you have managed not to lose each other, you have likely been spat out the back end of the market on to a seemingly endless row of crowded restaurants all flogging unappealing daily specials. 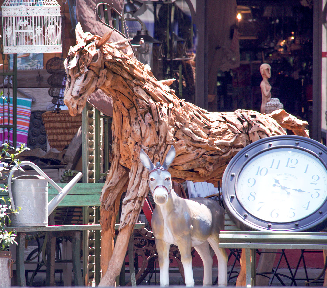 Those of you who might be looking for antiques can experience the same conditions, exaggerated if the market and antique fair weekends overlap. 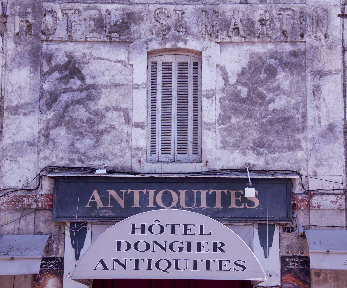 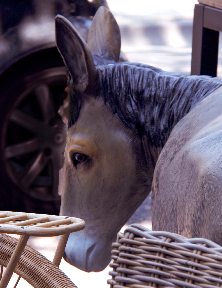 Nutmeg took a friend’s advice, and headed to l’Isle sur la Sorgue on a Wednesday afternoon. Many of the brocante (antiques and collectibles) stores were closed, and there were no market stalls.  This may have been the first time Nutmeg strolled the tapered streets without having to elbow her way through. It was certainly the first occasion when she began to appreciate the river. 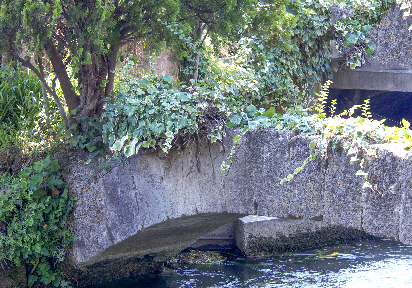 The Sorgue River with its turquoise hues originates seven kilometers away at Fontaine-de-Vaucluse. In present day it is a meandering, shallow river, which eventually flows to the Mediterranean. Several tributaries of the river join and pass by this ancient town that was known as Insula or Isla, back in 1126. Several iterations of the moniker followed until August 18, 1890 when the current name was officially adopted. 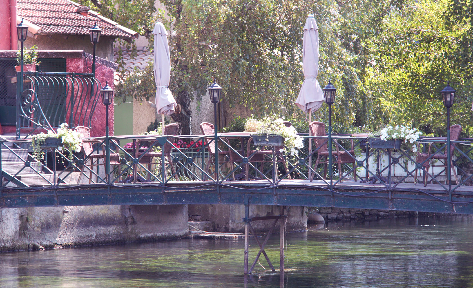 The water in the river is shallow, making it difficult if not impossible to imagine a time when this town would have actually been an island. There was an era when inhabitants depended on the river for both nourishment and production work. The local economy included extensive fishing, and milling work for olive oil, flour, grapes, paper, silks and woollens; all of which depended on the Sorgue flowing past the village’s defensive ramparts.

The heavy scratches of history are visible in the old town where the baroque style Notre-Dame-des-Anges church commands a prominent location. First built in 1222, the church was mostly rebuilt in the 17th century. The exterior facades clearly demonstrate the passage of time in the life of the village. A place that witnessed medieval battles, religious wars, the unstoppable devastation of plague epidemics and finally 1944 Allied bombs.

Now, there are only a few of the original 62 water wheels remaining, and they no longer serve any functional purpose.  The town of l’Isle sur la Sorgue emerged from the swamp and joined the “mainland” as canals were dug in the region.

Although, it may no longer be an island and does not depend on the Sorgue for its livelihood; it is a vibrant commercial centre nonetheless. 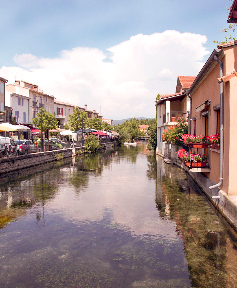 On the quiet Wednesday afternoon, Nutmeg strolled the streets and the river aimlessly, taking note of the waterwheels slowly rotating with the water’s passage. Only then, did she finally understand that this could be the Venice of Provence.