Eve may have tempted Adam with an apple, or so the story goes, although it could just have easily been a pear.  The pear grows on trees in cooler temperate climates.  There are about 30 varieties of pears, although in North American grocery stores we may see 3-4 at the height of the season.  Pears (or the equivalent in local languages) have been cultivated since prehistoric times.  There is evidence of the use of pears in Roman times, as well as in parts of Africa and in Asia. Historians have traced the growth of pears in China back 3000 years. 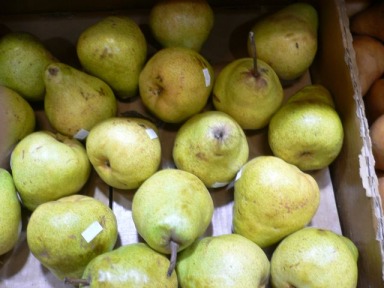 Worldwide production is about 20 million tonnes, of which China produces over 12.5 million tonnes.  Generally, the harvest season for pears is late summer and early fall.  Pears are picked while they are still green, if left to ripen on the tree they turn yellow and starchy.  A single pear has about 100 calories, 6grams of fibre and 10% Vitamin C.  One interesting fact is they are less allergenic than other fruits and often pear juice is the first juice introduced to infants.

Nutmeg discovered a very easy Pear Muffin recipe and has now tried it a couple times.  Nutmeg’s favorite recipes are those with less than 10 ingredients, allows for a bit of adaptation and just one bowl!  Unfortunately, when the blog database crashed this recipe was lost.  Nutmeg will be trying some different options and report back soon. 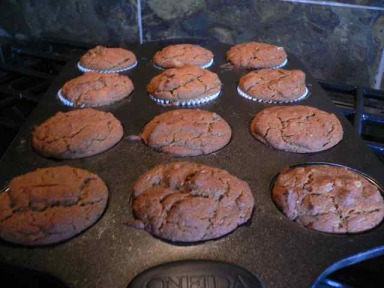