Henry Ferrier an Artist for Life

One of the greatest pleasures Nutmeg had during the months in Provence was being introduced to Henry Ferrier and his lovely wife Annick Brunet. This is one energetic couple; Henry is an artist, writer and philosopher, Annick has been in politics, film and continues to be an enthusiastic volunteer. The first time Ginger and Nutmeg met Henry, he recited a riddle:

It lands on the buttered side

It lands on its’ feet

It stays aloft deciding which side to fall upon 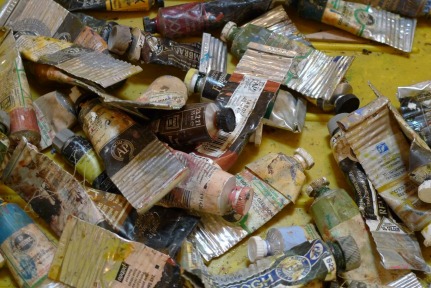 That is a terrific way to describe Henry, agile and not too grounded. At 83 years, he is young. In October, he was busy preparing for a book launch and several simultaneous painting exhibitions. He shared the opening pages of his book “Itineraire d’un Peintre Amoureux” with Ginger and Nutmeg.

Henry’s story is quite remarkable. He was the second son, born into a humble family in Marseille in 1928. His parents were both orphans from the area of Cévennes in the Gard. The port city was where they lived, as it was the only place Henry’s father could find work, after life as a soldier.

They lived in a tiny rental apartment with his family. The area where they lived in Marseille had no electricity. His hardworking parents were not focused on art or literature; there were no books in his home. Yet he was always attracted to art. 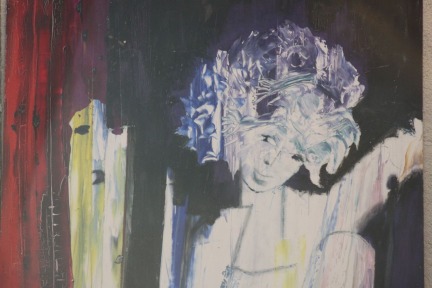 As a toddler, Henry started his career by painting the walls of the apartment, or at least to the level that he could reach. His parents were not impressed. Of modest means, they had no money for art supplies. Henry saved wrapping paper from the fishmonger and the butcher to use as drawing material. At the age of nine, he began attending evening classes at L’École des Beaux Arts de Marseille. His portfolio case was almost his height, but he proudly carried it back and forth from school.

Some of Henry’s paintings reflect those early days, studying for school by oil lamp and watching his mother cook from the makeshift loft where he slept. His parents did not understand the pull of art or school, as this was not their experience. They felt that socially Henry would not associate with them, that education would change him. Teachers encouraged Henry and begged his parents to let him stay in school. He was the first child ever to pass the baccalauréat in his quartier of Marseille. 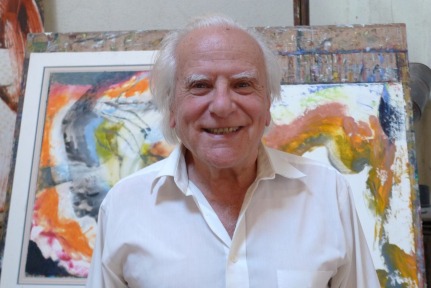 His father having lived through the destruction of war would not sign the papers allowing Henry to join the liberation forces in 1944. Henry left home at 17 to start work. His first job was working in the Centres Scolaires et Sanaitaires de Provence, which existed in the region. These were centres for war orphans, he worked as a supervisor and mentor for the children. The work was voluntary, other than room and board, there was no pay. Henry’s father did not consider this to be real work. Henry persisted and went on to work as a teacher for l’Education Nationale for many years.

As time passed, Henry married, fathered two children and built a house. Life was busy at times, however, he always returned to his art and writing. Annick his true love for over 30 years describes his painting like the natural environment in Provence. It is powerful; the lighting is magical, the wind and the movement omnipresent and it is never the same twice.

These are a few of his own words from his book: 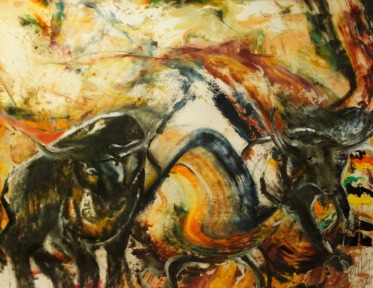