Languedoc Discovery in France and a Zucchini Tart

The plan was to spend some time touring with Nutmeg’s parents in early October. The original thought was to explore parts of Hungary and Poland. Then the reality of fitting four people, one dog and luggage into a car settled the holiday plans. Nutmeg made a decision on behalf of the group that a two hour drive was the limit, and booked a guest villa at Domaine du Cayrat located just a few kilometres from Pezenas in the Languedoc Roussillon region.

Jacques welcomed the group, he had stocked the fridge with some chilled wine and provisions for breakfast. It did not stop there, the next morning he arrived with fresh bread and apricot jam “fait à la maison”. Perfect!

Now the hard part, getting four people to agree what to explore in an area that is currently 27,376 (sq) km – Impossible! The region has something for every taste, age and interest. There are sandy beaches, port towns, vineyards galore, medieval villages and modern cities. Given the breadth of the region, Nutmeg has divided their visit into three separate posts: a bit of history, the food and wine, and the not to be missed see sights. 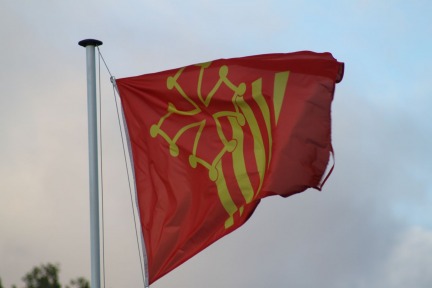 The department of Languedoc-Roussillon is threaded with history. The area is made up of percentages of former provinces that cover a range of geography from the Mediterranean coastline, to the Pyrénées in the south and the plateaus and gorges to the north. Imagine the task of amalgamating territories that were previously independent, and did not share language nor cuisine. Ambitious.

Like so much of southern France, the Languedoc region has been inhabited since the Greeks and Romans, invaded by Visigoths and Saracens and heavily influenced by the Catholic Church. More accomplished authors and historians have written volumes on the history in this area, the following post is simply a tiny overview of some interesting sites.

The walled City of Carcassonne has been registered as a UNESCO World Heritage site since 1997. The Gauls first settled this hilltop town in the 6th century B.C. The location was strategically valuable to the Romans who built ramparts in the 3rd century A.D. The medieval village grew and changed around the fortress of La Cité. The citizens endured religious conflicts of the 12th century and the implications of living on the border of France and Aragon (now Spain). The military significance of the site declined after 1659 (Treaty of the Pyrenees) and by 1849 the site was in a state of horrendous disrepair. Almost condemned for demolition a monumental restoration project was undertaken. Today, the site is heavily visited by tourists and as a result, has a large number of shops and restaurants catering to the throngs. 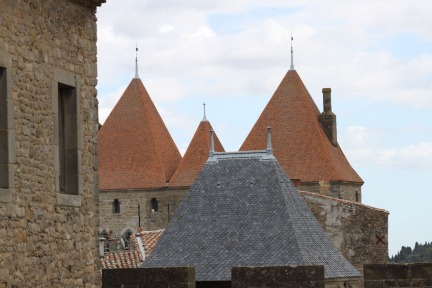 The region is immersed in religious history, and as such there are many churches, cathedrals and abbeys to visit. The group visited the Abbey of Fontfroide, located just south of Narbonne. The abbey was founded by Benedictine monks in 1093, it became a Cistercian order in 1145.  The original buildings were influenced by the Romanesque architectural style. The last abbot died in 1895, and the remaining monks fled to Spain after the 1901 law outlawing monastic communities. The location is now privately owned, and restoration work is ongoing. It is worth a visit to see the garden with 3000 roses, the cloister and the barrel-vaulted nave that is 20m high. 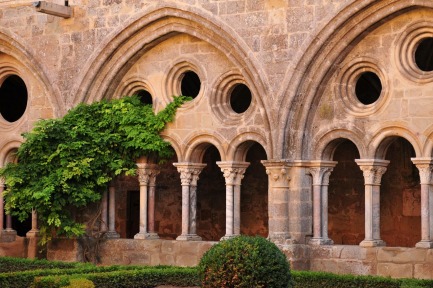 Saint Guilhen-le-Désert is a tiny hamlet located in the heart of the Gorges de l’Hérault. The village has charming old streets, the Abbaye de Gellone (founded in 804) and is still a significant pilgrimage stop on the Via Tolosana which joins the Via Compostelana to Santiago de Compostela in Spain. It is worth a visit, you can learn more from the official video, click here. 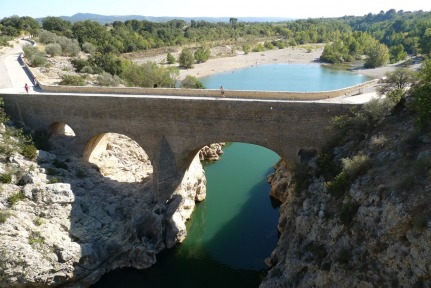 Overwhelmed by the day of Languedoc discovery, the group was thrilled to share a glass of local white wine and a delicious appetizer made by their hosts.  The following is the Jacques’ recipe for a Zucchini Parmesan tart. 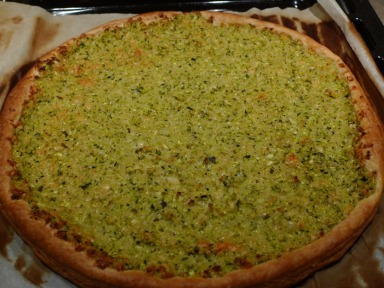