The potential list of must-see sights in the Languedoc are endless, so Nutmeg has chosen to highlight just three spots. All three locations are related in some way to water and created in entirely different eras. 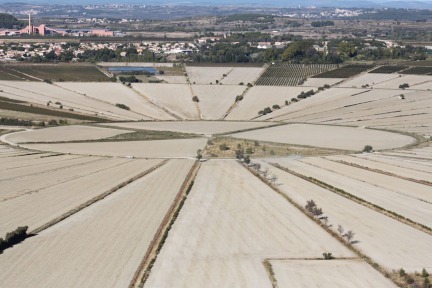 The famous Canal du Midi is yet another UNESCO World Heritage Site (1994). The canal construction was started in 1667. It was not because the Romans had not thought of it before that, they had, and so had many others, including Leonardo da Vinci. However, no one had come up with a solution on how to supply the high points with water. Then along came Pierre Paul-Riquet, he was a long time resident of the Languedoc region, in 1662 he proposed his plan to Colbert the French Finance Minister, who served under Louis XIV. The project was finally approved in October 1666, construction started in January 1667. In all, it took 15 years to build and over 12,000 workers. 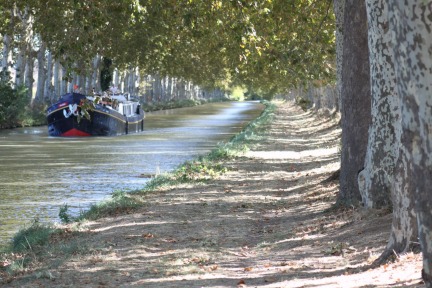 The Canal du Midi is a 250 km waterway that stretches from Sète (Étang de Thau) to Toulouse where the canal joins the Canal de Garonne and finally the Atlantic Ocean. The two-canal system is called the Canal des Deux Mers, the longest and widest in Europe. Initially, the canal was a commercial success allowing the trade of wheat, wine and textiles a shortcut and safer passage than the month-long sail around Spain. Today, the canal is used primarily for pleasure crafts. The “signature” of this canal is the tree-lined borders offering several beautiful vistas (photo above). If you are interested in more detail here, is a decent website. 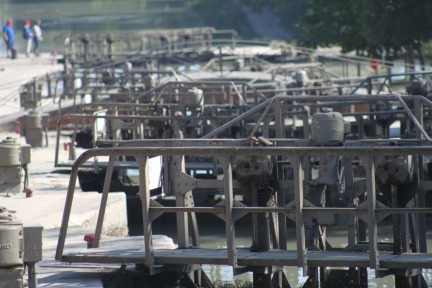 The meandering Vis River formed the Cirque de Navacelles over millenniums. The cliffs from the valley floor to the Blandas Causse (plateau) are as high as 300m in some locations. This canyon is impressive in its’ size and the starkness of the limestone cliffs. The tiny village of Navacelles is located at the base of the cirque. Sporty types can find plenty of challenging hiking in this region. Ginger and Nutmeg found the drive to the valley floor exciting enough for the day, and chose to stop in the hamlet for a bite to eat. There are several other villages along the route and many photo opportunities. 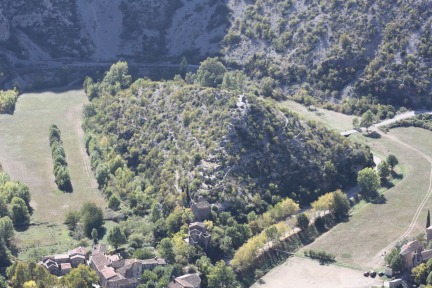 The Viaduc Millau is the tallest bridge in the world, with the road deck 270m above the river. Construction on this cable-stayed span across the Tarn River commenced in October 2001, and the first passenger cars drove over the bridge on December 16, 2004. Prior to the viaduct, passenger and truck traffic heading north from Spain towards Paris, would often bottleneck near the town of Millau. Norman Foster (architect) and Michel Virlogeux (structural engineer) designed the bridge. Eiffage, the same company that built the Eiffel Tower, constructed the Viaduc Millau.  In order to get the road sections in place, they used a deck launching system that literally pushed the roadway over temporary pylons until the two sections joined. The total price tag for this monumental project was 400 Million Euros. The bridge is an incredible sight; there is a rest stop and exhibition space, on the north end of the viaduct. The only thing that shocked Nutmeg about this project, is that they chose install the rustic footpad system in washrooms instead of toilets (sorry no photo)! 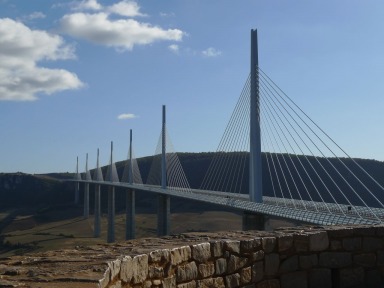 So that is the round-up of Languedoc must-see sights, there are of course hundreds more for a future visit. Take a look at our Languedoc gallery.