It would be impossible to describe in any significant detail, the unique culinary treasures of the Languedoc region in a single blog post. Nutmeg has decided to take you on a little driving tour to share a few Languedoc food and wine highlights. 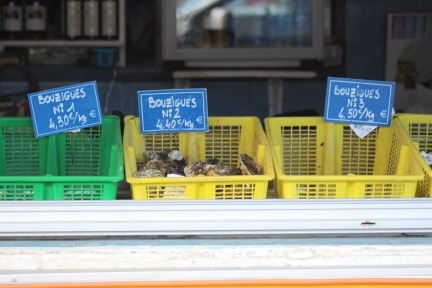 The Étang de Thau is a natural seawater lagoon. The lake is about 20 km long and relatively narrow at 8 km wide, it separated by a sand bar from the Mediterranean Sea. The Étang de Thau joins the Canal du Rhone at Sète and the Canal du Midi at Agde. The lagoon is a valuable water body for the production of shellfish in France, including oysters and mussels. The oysters and mussels grow in farms, in the waters of the Étang, once harvested; they are marketed as Bouzigues Oysters. The mistake that Ginger and Nutmeg made was to go to the village of Bouzigues on a Sunday at lunch time, with no reservation. There was not a parking space to be had, and the restaurants were full. The group had to return to Meze to find a roadside restaurant, the shellfish was delicious and the white wine a perfect match. 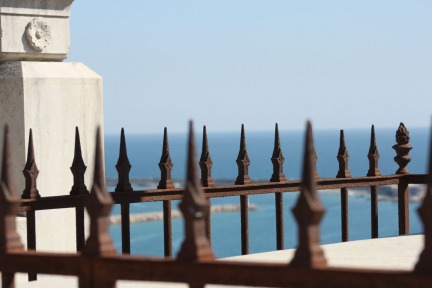 The city of Sète (previously Cette) was created as a result of the work on the Canal du Midi in 1660. An outlet for the Canal to the Mediterranean Sea was required for shipping activities. Today, Sète is one of the larger ports on the Mediterranean, despite the fact that the Canal du Midi is no longer used for shipping purposes. Sète is marketed as the “Venice of Languedoc”, in Nutmeg’s opinion that is certainly a stretch of the imagination. The approach to the city is not appealing, as you pass through heavily industrialized areas before arriving in town. The town itself is built around canals that offer some attractive cafes and photo opportunities. There is a daily market in the Halles Centrales with a wide variety of fresh seafood and produce. The best plan in Sète is to take a walk up to the cimetière marin for some suburb views of the water. Nutmeg’s mum was not really into the walk or the cemetery, but she did discover a superb restaurant for lunch; make a reservation if you go as there are only a few tables at La Coquerie. 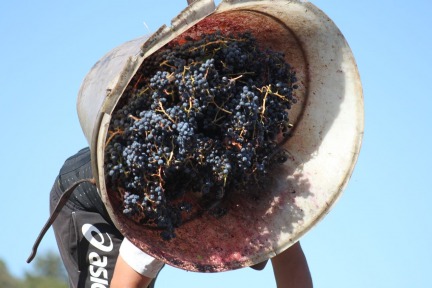 Keep in mind that Ginger and Nutmeg have literally been surrounded by vineyards for the whole time they have been in France, but they were shocked by the quantity of wine in the Languedoc-Roussillon region. They have subsequently learned that this wine region is not only the largest in France (1/3 of production) but also the biggest in the world. Needless to say, in a short period, it was impossible to sample enough local products to become experts. The Greeks started wine production in the region, in the 5th century BC. The wine was considered particularly good quality right up until the early 19th century. A shift in the economic outlook marked the start of the production of low quality, high volume output. The phylloxera epidemic and urgent demands to supply the soldiers during the wars did nothing for the reputation of the wine quality. Today, many vineyards have been replanted and small operators are focused on increasing the reputation of their wine. A local wine that pairs remarkably well with the regional seafood is the Picpoul de Pinet made from a unique grape called the Picpoul. There is too much to cover in this blog post on the wine of the region, suffice to say that the wine is improving in quality, and the price point is usually much more reasonably priced than other French regions. 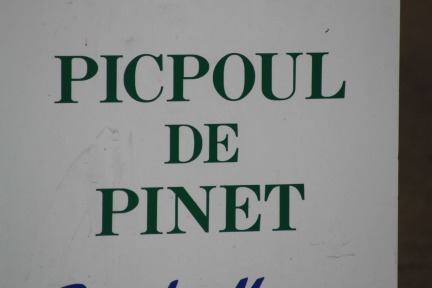 The Languedoc town of Castelnaudary located on the Canal du Midi, it is home to the slow baked bean casserole. However, like many things in France the origin and the exact recipe are debated (see photo below). 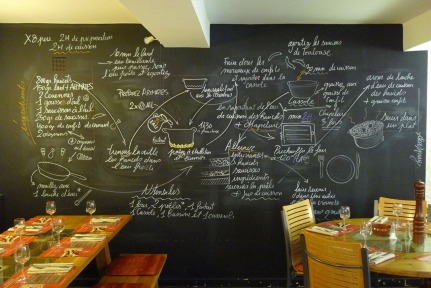 Print
A Simple Cassoulet
Recipe type: Main Dish - Casserole
Cuisine: French
Prep time:  15 mins
Cook time:  1 hour 20 mins
Total time:  1 hour 35 mins
Serves: 4-6
Traditional French Cassoulet is complicated and takes quite awhile to make. See the photo above as it depicts the number of steps involved. This recipe is adapted from one that Nutmeg found in Real Simple Magazine (February 2002). The beauty of this recipe is the simplicity of ingredients and process. It may not be traditional but it is really comforting on a cool fall or winter evening.
Ingredients
Instructions
3.2.2499
Share the love.