Marseille France All Dressed Up

The maze of construction hoarding is gone. Vehicle congestion is a mere shadow of its former chaos. As Cultural Capital of the year, Marseille is ready to welcome the world this summer.

The exact value of total funds dispensed for urban infrastructure projects, new artistic exhibition space, and other enhancement work would require a forensic accountant. The results of this massive undertaking are changing Marseille’s scruffy image and vastly improving the previously underwhelming waterfront. 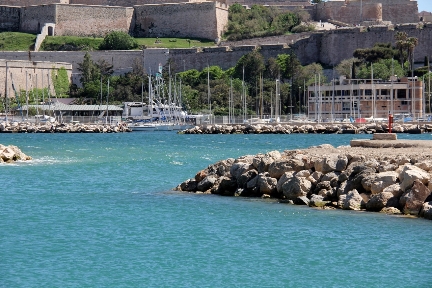 Here are some of the highlights:

The Vieux-Port is the centre of activity in Marseille, a natural marine harbour. The Greeks recognized in 600BC the value of a sheltered basin along the rocky, limestone cliffs of the Mediterranean coastline. The old port was an important trading centre for the Greeks and Romans. Now, it is a 3,500-berth marina for pleasure craft, tour boats and local ferries. The master planning vision to revitalize the area now allows pedestrians to stroll around the entire port on a wide promenade. The highlight is an installation by Foster & Partners at the Quai des Belges that they describe as “a blade of reflective steel.” This long, slim, mirrored surface is suspended above the walkway reflecting life passing by on all sides. 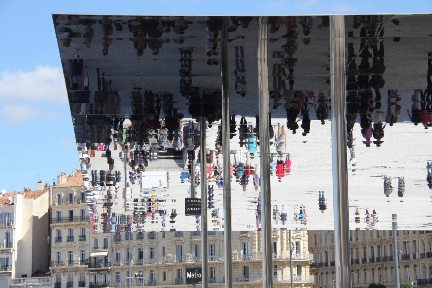 The InterContinental Hotel has now opened a luxurious 194-room hotel in the 16th century Hotel Dieu, a historical monument. In a former life, the building was much needed hospital. The densely populated settlement economically based around a busy trading port brought prosperity to the region, but it also delivered misery. Marseille suffered terribly from the bubonic plague between 1348 – 61, in the late 16th century and again in 1720 – when over 100,000 died. Jean–Philippe Nuel is the architect who has converted the historical structure into its new use. Graceful stone staircases lead to a vast terrace with a sweeping view of the Vieux Port and Notre Dame de la Garde Cathedral. This is a great venue to have a drink and enjoy the view. 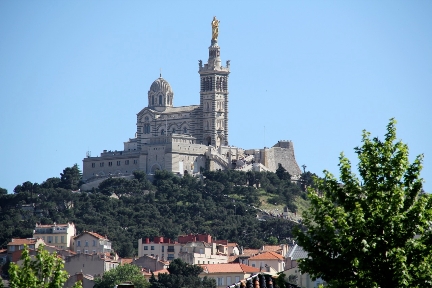 At the confluence of a vision to bring the natural Marseille environment of sun, sea, wind and salty air now stands Musée des civilisations de l’Europe et de la Mediterranée – MuCEM (Museum of Civilisations from Europe and the Mediterranean). This stunning architectural creation by Rudy Ricciotti in collaboration with Roland Carta has risen from the rubble of what was previously known as J4, an old ferry dock. MuCEM is a sparkling five-story glass cube implausibly enveloped by concrete latticework. The purpose-built concrete panels provide defused lighting and a windbreak while, adding immense architectural interest to the structure. MuCEM opens to the public on June 7, 2013. 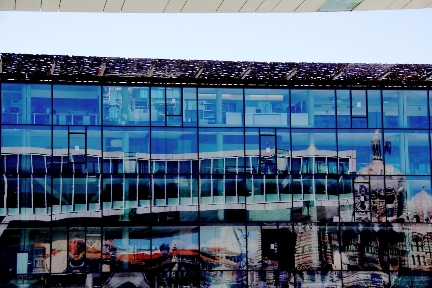 Adjacent and connected to MuCEM via a 130-meter footbridge is historical Fort Saint-Jean. The fort was built in 1660 under the direction of Louis XIV and served a military purpose for over three centuries. Once its “facelift” is completed the site will become a 15,000 m² Garden of Migrations, opening the world of natural and human history to visitors as they meander its pathways.

Flanking MuCEM is the Villa Méditerranée quite physically distinct. The building is light grey in colour with an upper level that appears impossibly suspended over a 2000 m² water feature. Recently, opened to the public the Villa Méditerranée includes an auditorium and will soon display temporary and semi-permanent exhibits. 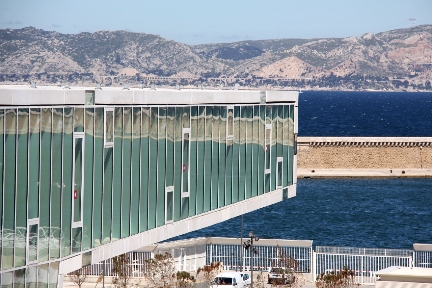 Musée Regards de Provence is operated by la Fondation Regards de Provence, a private foundation, to display their collection of over 850 artistic works related to the region. The museum is housed in an old health sanitation station, where immigrants arriving by ferry were at one time checked for diseases such as yellow fever and small pox. This streamlined museum has evolved out of the skeleton of the abandoned station that had become filthy squatters quarters. On the top floor is Regards Café with views of the MuCEM and other buildings, make sure to reserve in advance +33 04 96 17 40 45.

Known as J1 this old marine hanger has been converted into temporary exhibition and workshop space.

And that is just a portion of it!

There are newly renovated galleries in the city and around the region, museum expansions, family events, workshops, light shows and so much more. Marseille is all dressed up and ready for the world. You can find out more on the official website here.

Take a look at our photo gallery Marseille views for more great views.