The Donkey of Provence Le Bourriquet

A.A. Milne may have made Eeyore famous in his Winnie-the-Pooh books, however in reality the hardworking donkey has been helping humans out for thousands of years. 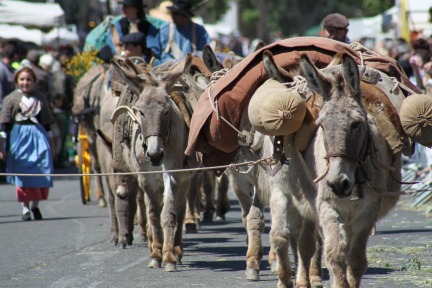 The equines family of horses, donkeys and zebras all has a long history.  There are even some prehistoric references.  The experts are divided as to whether horses or donkeys were domesticated first.  This is likely a riddle that will never truly be resolved, as in reality they were used in different geographies.

The donkey is actually featured on some of the oldest Egyptian monuments, leaving little doubt that they were domesticated and used in the warm lands around the Southern Mediterranean.  The ever sturdy and calm donkeys, were recognized for their usefulness for transporting goods and agrarian tasks, as such they quickly spread to other parts of southern Europe and eventually to some more northern parts. 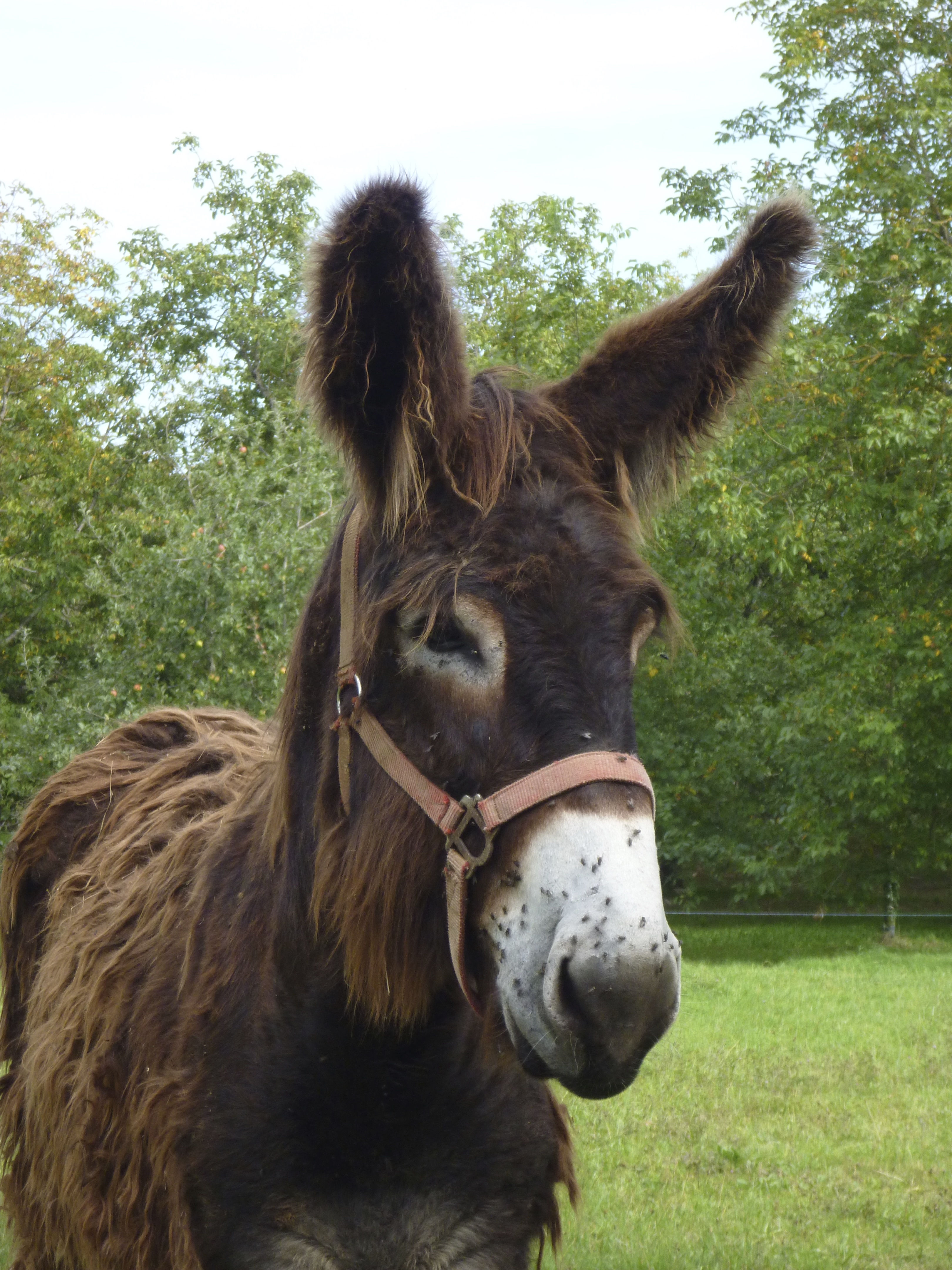 Donkeys are an important part of Provençal history; there are references back to the 15th century. There is a particular breed in Provence that goes by several names including the Aries donkey, Crau donkey and sometimes the Christian donkey.  This strong breed was specifically bred to help shepherds with sheep herding and migration activities.  The donkey has a very unique look, as it has a well defined black cross along its back and shoulders.

The breed is in severe decline, in 1993 there were only 330 recorded in existence. The good news is there are several groups that have been formed to help promote and protect the breed including; Association de L’Ane de Provence.  There are events throughout the year and even some guided donkey walks available in the region. 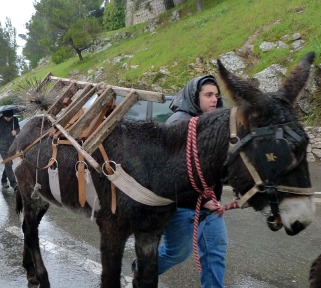 One such event occurs in early December in the small hilltop village of Allauch, located on the boundary of the sprawling city of Marseilles.  It was an ugly, rainy and windy day. Ginger and Nutmeg wanted to see the event (a parade of donkeys) and meet some friends.  It is hard to believe you are actually going to find a little village, as you drive through the congested, multi-lane roads, lined with big box stores and gas stations – then all of a sudden you arrive.

The main street in Allauch is cute and on this day there was a great farmers market with fabulous cheeses, sausages, seasonal nougats and handicrafts. It was too bad though, as this was not a day for lingering, the deluge of rain was suitable for Noah and his arc. Ginger and Nutmeg met their friends had a quick coffee and then braved the elements for a look at les bourriquets (donkeys), time for a few photos and a hasty retreat to a dry warm apartment.

Maybe they will try a donkey guided walk in better weather! 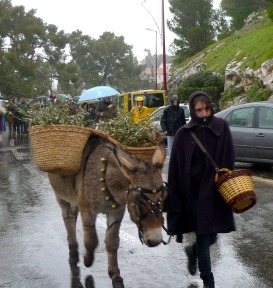