Manguin Perfecting the Art of Distillation in Provence

The fruit is put into jail in May when the Manguin Distillery imprisons roughly 1400 pears in glass bottles in their orchard. Nutmeg had to see for herself how the new owners at this distillery were re-crafting a traditional industry into more of an art form. 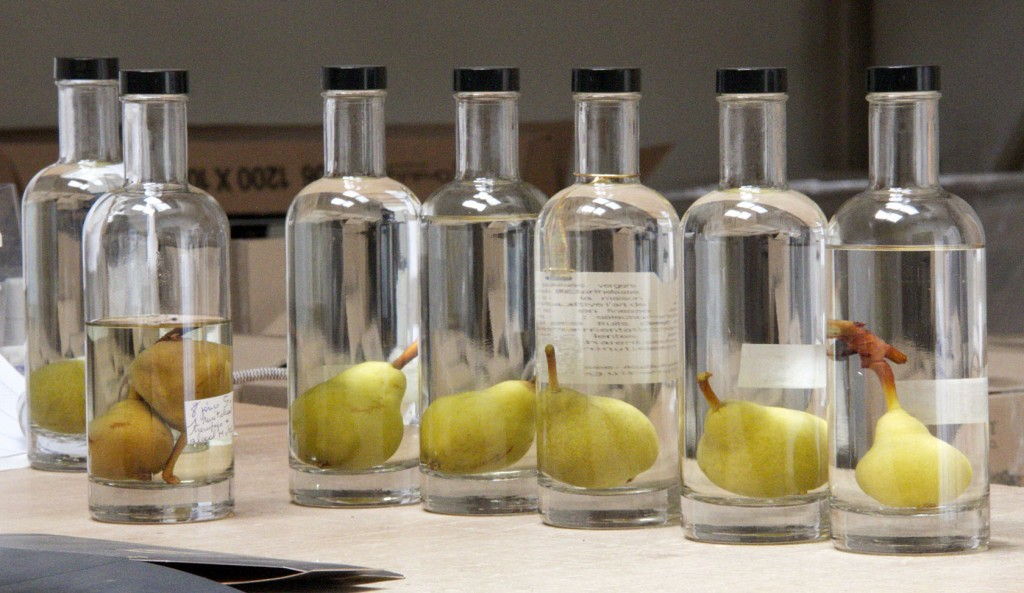 Pope Clement V was the first of nine popes to reside in Avignon for almost 100-years beginning in 1309. From their hilltop perch, inside the enormous Gothic inspired Palais des Papes these men of the cloth would have had a view of the Rhône River and its collection of little islands. 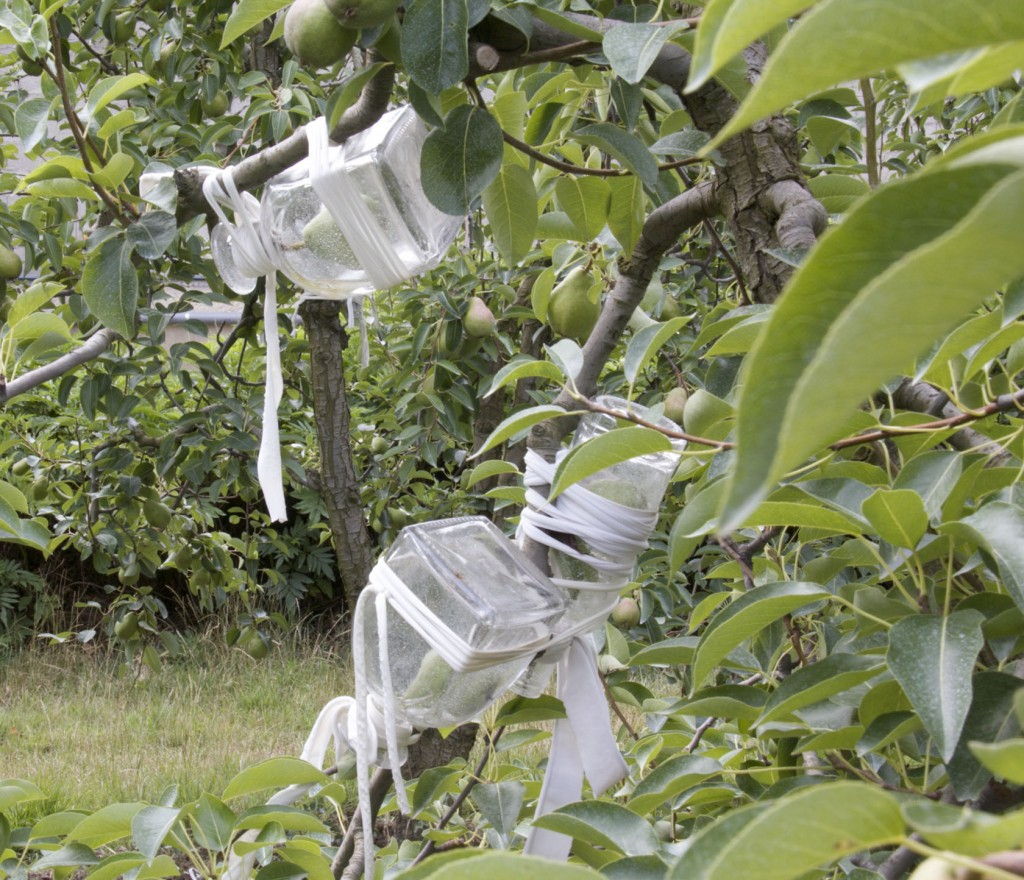 These men many have dedicated their lives to God, but they clearly understood the principals of commerce. As such, the whims of the Rhône and its frequent flooding would have been a source of frustration. The medieval Saint-Bénézet Bridge – the Pont d’Avignon – had already collapsed several times due to the Rhône’s aggressive waters. At that time, the bridge provided a critical trade link. 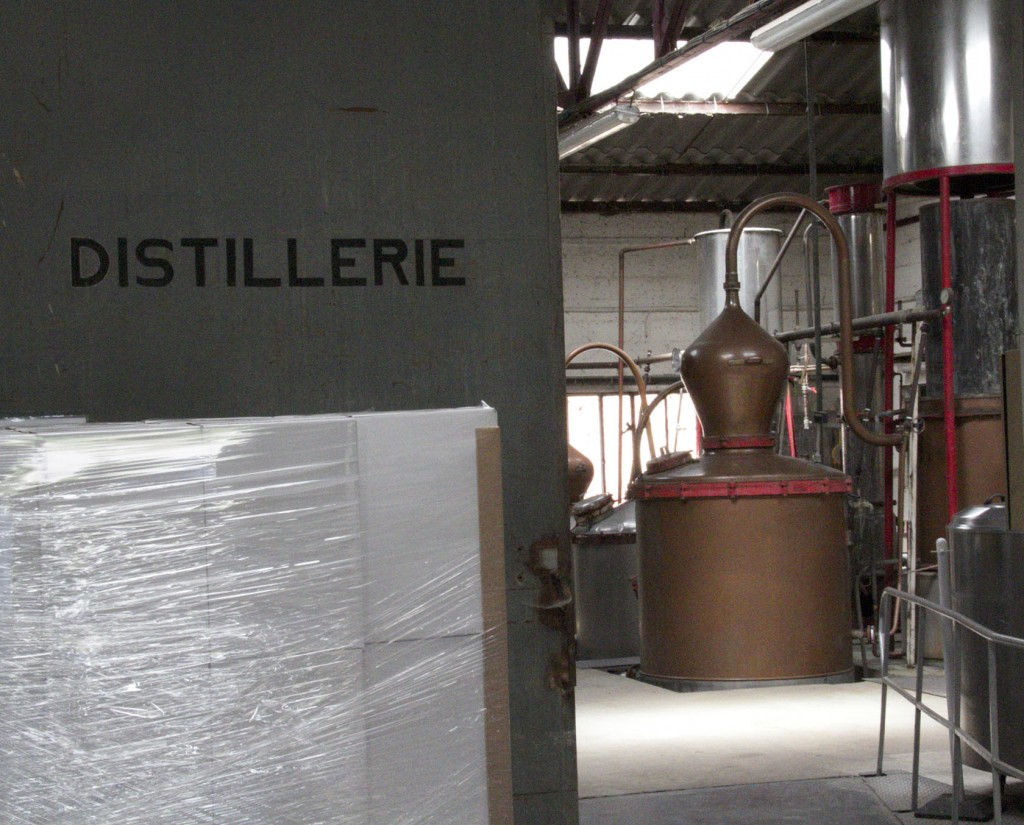 In reality, it is was the erratic Rhône River and its varying water levels, which helped to create the now consolidated Île de la Barthelasse, as the silt built-up so did the island’s landmass. At 700 hectares, Île de la Barthelasse is now one of the largest fluvial islands in Europe and it has fabulous soil with over 50% (roughly 400 hectares) of the island arable. 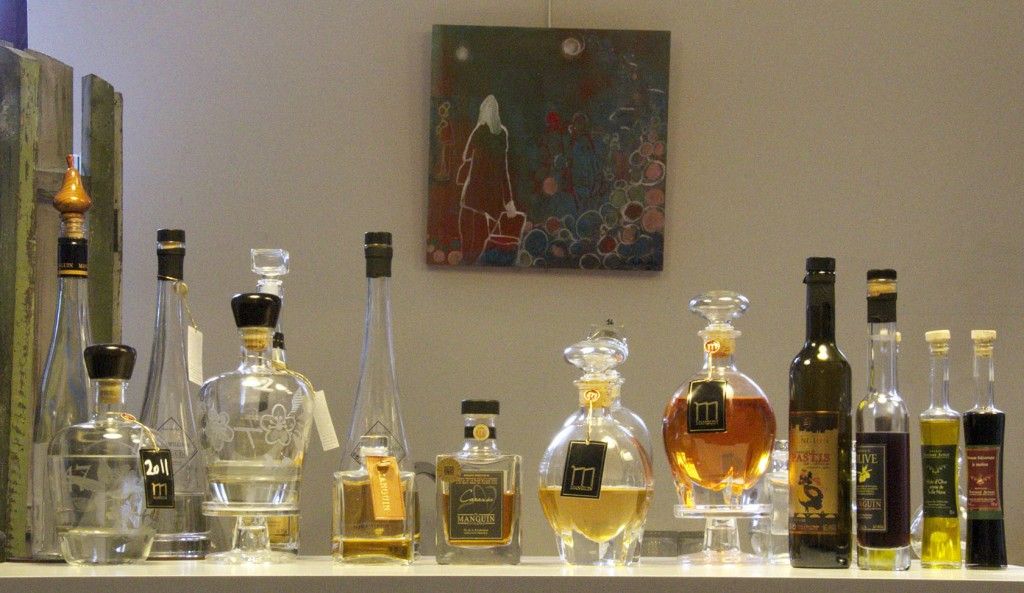 It was on Île de la Barthelasse that Claude Manguin the son of Henri Manguin, a Fauvist painter, decided to plant an orchard of Poire William (Bartlett) pears and peaches, in the 1940s. The soil full of minerals deposited by the river was perfect for these fruit bearing trees. Gourmet stores in Paris, including Fauchon carried the Manguin label. The perfect fruit was recognizable as each pear had its stem dipped in red wax.

Claude Manguin turned his focus to distillation in 1957 using the pears from his orchard to make Poire Williams Eau de Vie, and experimenting with other fruit liquors as well. 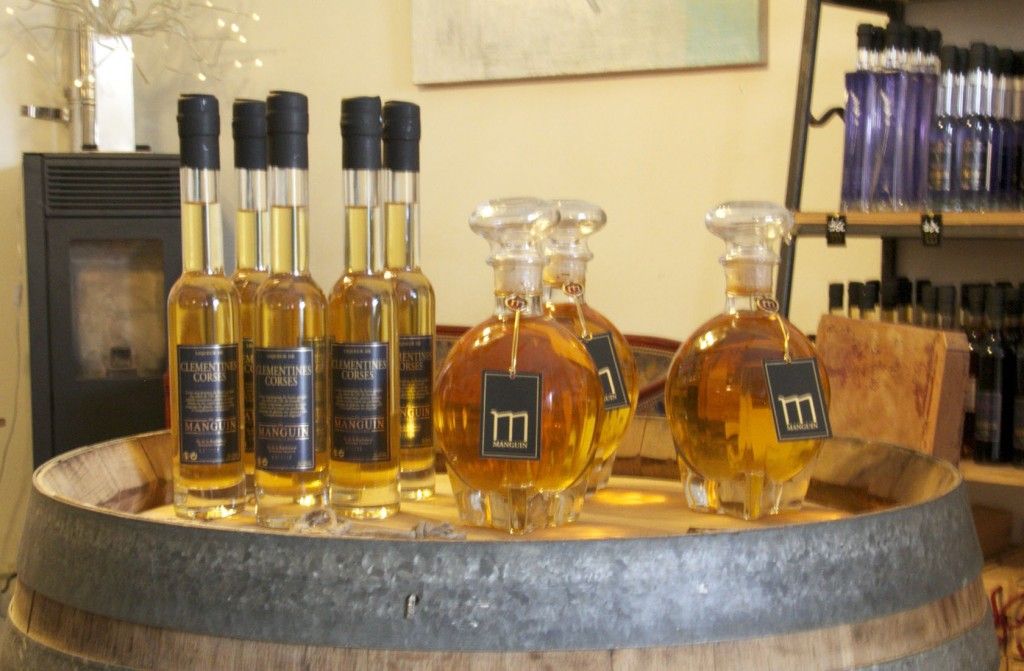 In March 2011, Avignon natives Béatrice and Emmanuel Hanquiez assumed the operations at Manguin with a view to improving upon a tradition. With backgrounds in nursing and marketing respectively the couple understood that the team required a master distiller, and none better than Philippe Manguin (Claude’s grandson). The team is razor focused on improving upon existing liquor offerings and expanding the line with 11 new items including a range of Pastis flavours, Caraxès amber rum infused with pear brandy and the “pure heart” of the Poire Williams distillation n°47. 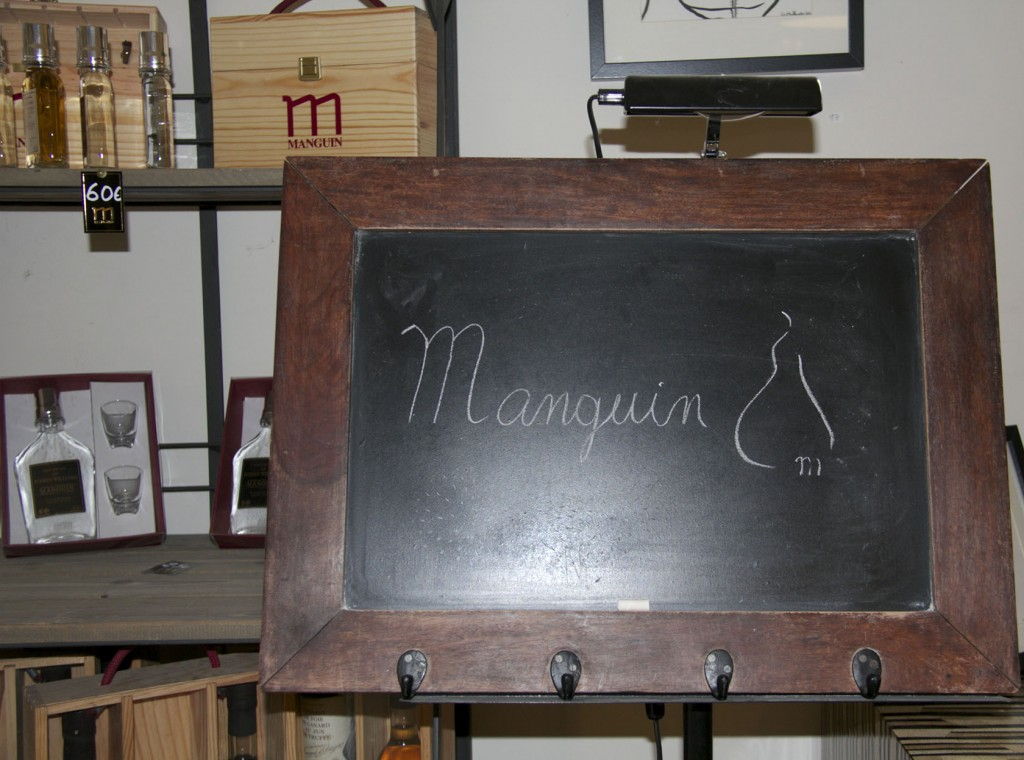 Manguin’s numbers are impressive. The company produces over 50,000 bottles a year, using 150 tons of pears to make their alcohol. The distillery’s bright retail store is simply decorated to showcase their stunning, artful bottles. At the boutique, you can sample from the full range of liquors, or you can spend a moment in the comfortable lounge seating with a coffee or an ice cream admiring the fanciful contemporary art on the walls.

The boutique at Manguin is open from Monday to Saturday and they offer guided visits on Saturdays. Check the Manguin website for details.