Provencal Laundry all Washed up in France’s Lavoirs

Water sloshes against the sides of the shallow stone basin of the lavoir as weathered hands vigorously scrub at stubborn stains. Kneeling on their augets washerwomen exchange tidbits of town gossip as they work to brighten their laundry.

Before communal lavoirs, washing was done at the side of rivers or by using precious well water. The washerwoman was often the lady of the house, or in instances of greater wealth this was an outsourced activity. Laundry was done sparingly, often collected for many months in humidity-free attics or armoires. Twice a year, washing would be done over a three-day period a tradition called buées or bugades in three stages: 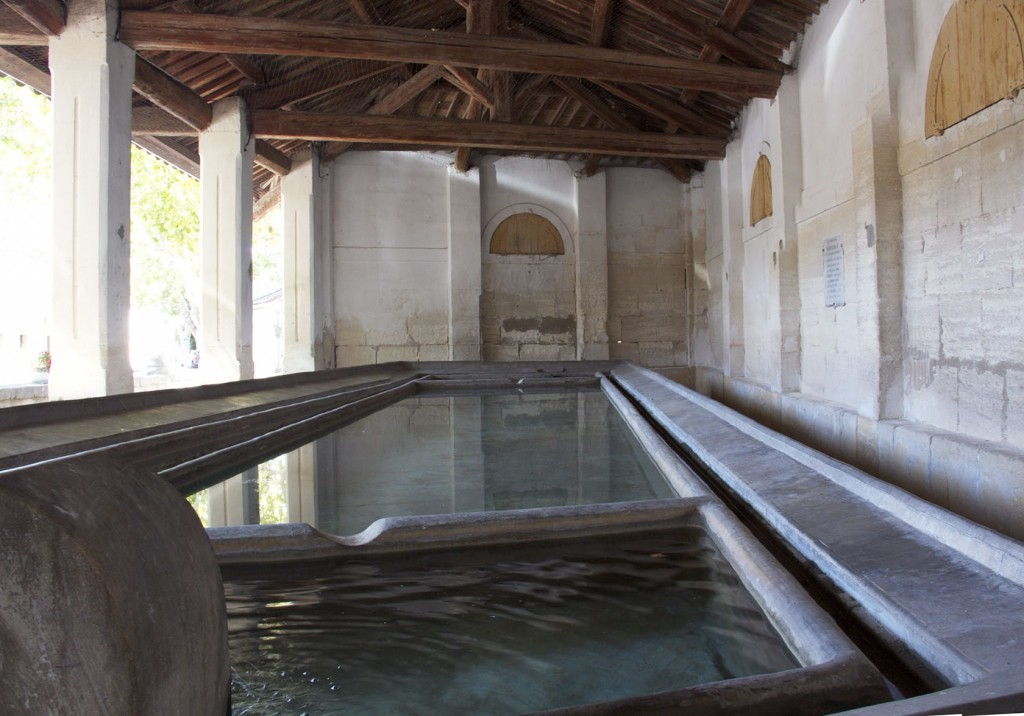 Purgatory a full day of soaking to release stains.

Hell the day when laundry was placed in a wooden box and layered with whitening agents such eggshells, lavender, natural local herbs, clover (to ward off moths) and fresh ash (for cleansing). Boiling water was poured over the top of the box and allowed to drain out of a hole in the bottom, and the process repeated.

Heaven involved a full day of rinsing. The heavy wet loads were taken by cart or wheelbarrow to the central lavoir. This day for the ladies was extremely physical, they would kneel on wooden boxes (called carrosses or augets) with only a modicum of cushioning as they beat and scrubbed the laundry to remove any accumulated soap and ash. 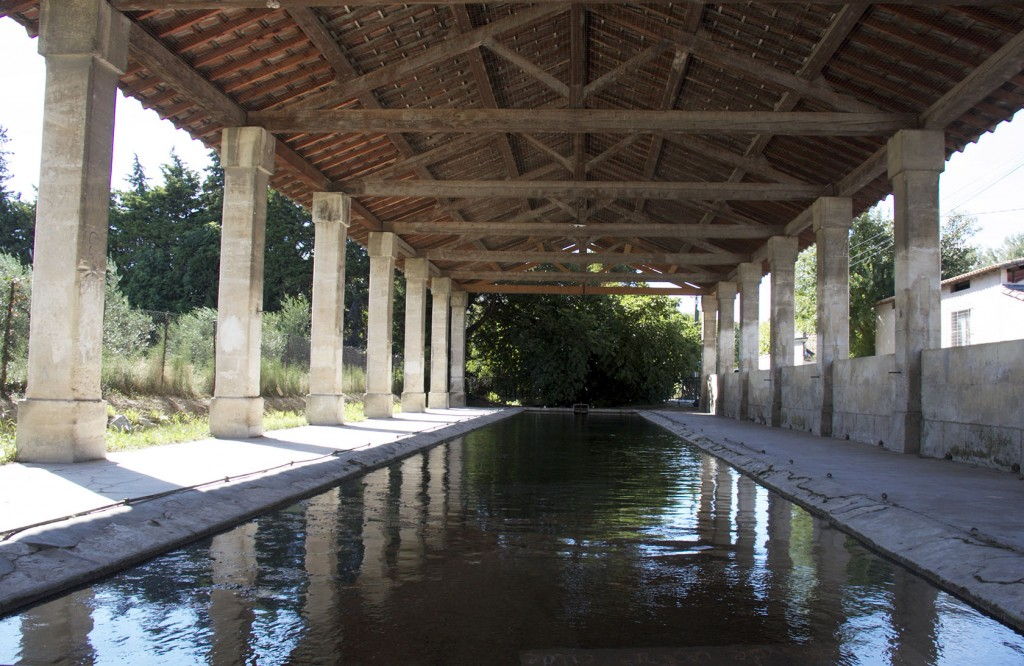 Finally, the clean clothes and linens would be hung under the roof of the lavoir or on nearby bushes to dry. Any bliss found on this final day was in the social gathering of women sharing a common task and in the knowledge that the chore was done.

By the end of the 18th century, construction of these public basins became more common as a way to avoid the spread of deadly diseases such as cholera and typhoid. On February 3, 1851 a law was passed under Napoleon III permitting State subsidies of up to 30% of the construction costs for these facilities. 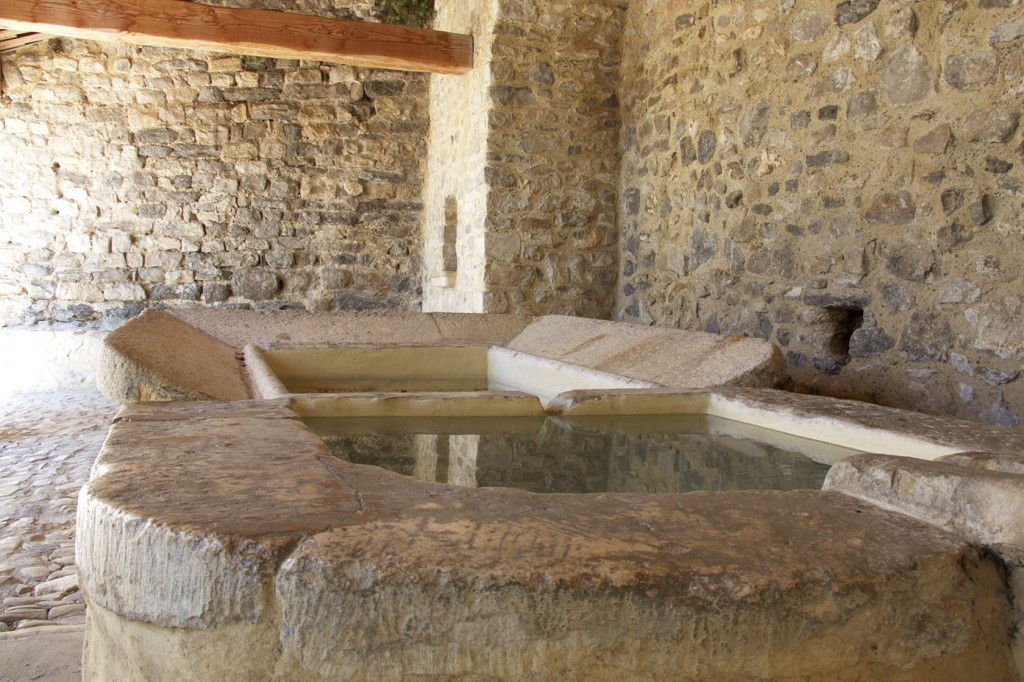 With the benefit of funding, the number of lavoirs in Provence (and the rest of France) increased dramatically and so did the frequency of washing. A little like clock towers, the architectural extravagance of a lavoir became a status symbol for the community.

Eventually, with the modern day benefits of tap water and washing machines eliminated the activity and daily conversation at the lavoirs. The buildings fell into disrepair and many were destroyed. More recently there has been recognition of the unique historical significance and architectural beauty of some of these lavoirs and even an association (here is the website), which maintains a list.

Visit a lavoir in Provence and you can almost hear the local gossip flowing.