A to Z of Biking the Romantic Road in Germany

Finally, after a year of talking about biking the Romantic Road through Bavaria, the group was at the start of the route in Würzburg. Ginger and Nutmeg’s friends had flown from Calgary via Italy, so they were on the correct time clock, but their bikes needed reassembling. As far as Nutmeg was concerned, that was just fine, considering the temperature might have been 11 Celsius that morning. You can read more detail about their trip here.

With plenty of time in the “saddle”, Nutmeg was able to put together one of her ABC lists for your reading and viewing pleasure. Enjoy the photos.

Apotheke, it is always good to know where to find a pharmacy if you need one when travelling. 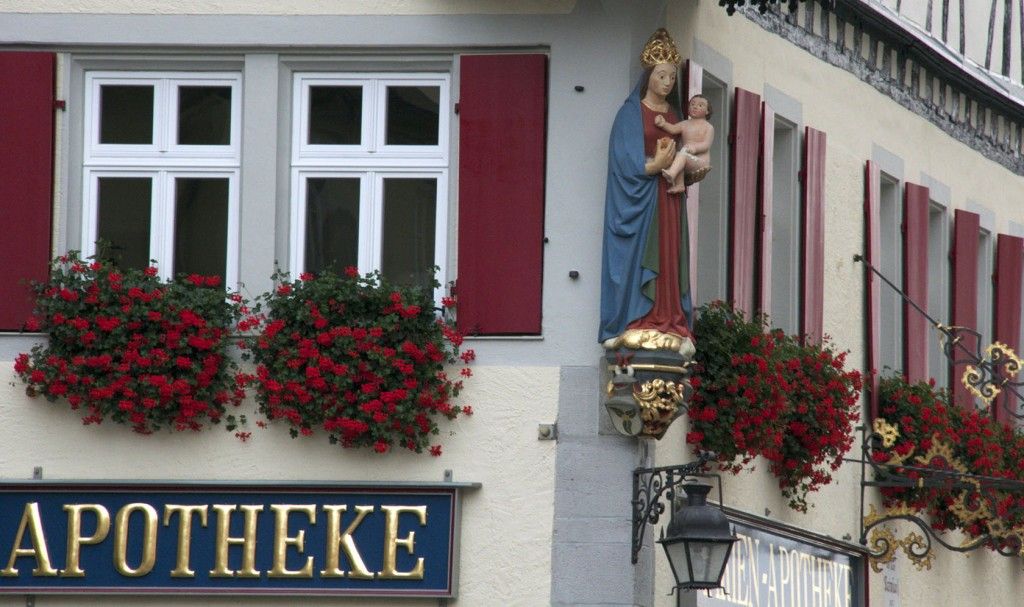 Biergartens serving bräu (beer) is a big business. In 2012, Germany ranked 3rd in global per capita consumption of suds after the Czech Republic (#1) and Austria. In 2013, in-country beer sales were 94.6 million hectolitres, although the volume has declined for a few years. 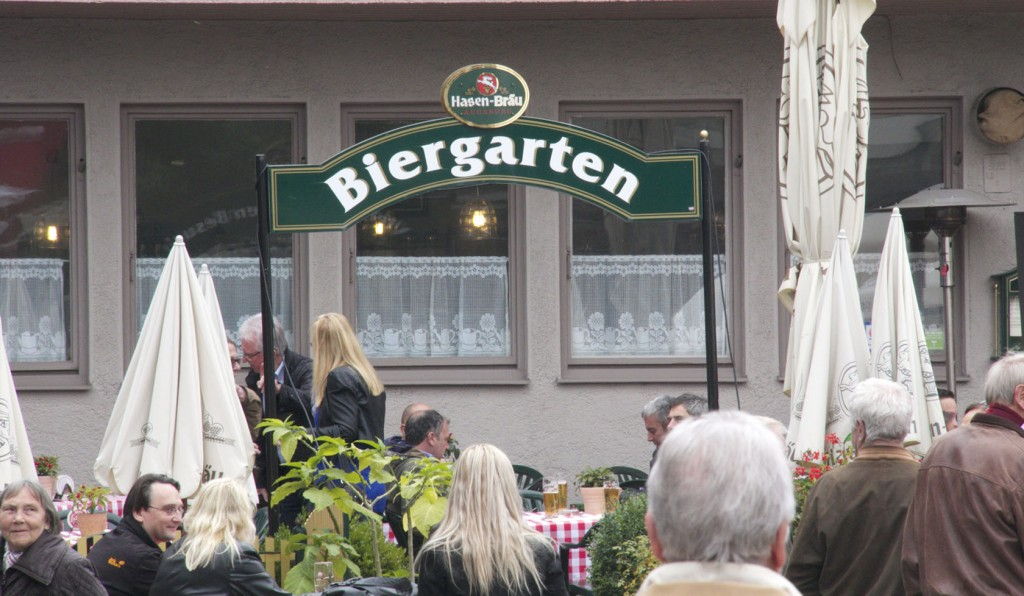 Cabbage features so heavily in the Bavarian diet it might just be impossible to find a menu that does not include sauerkraut and red cabbage – good news because they are both delicious. 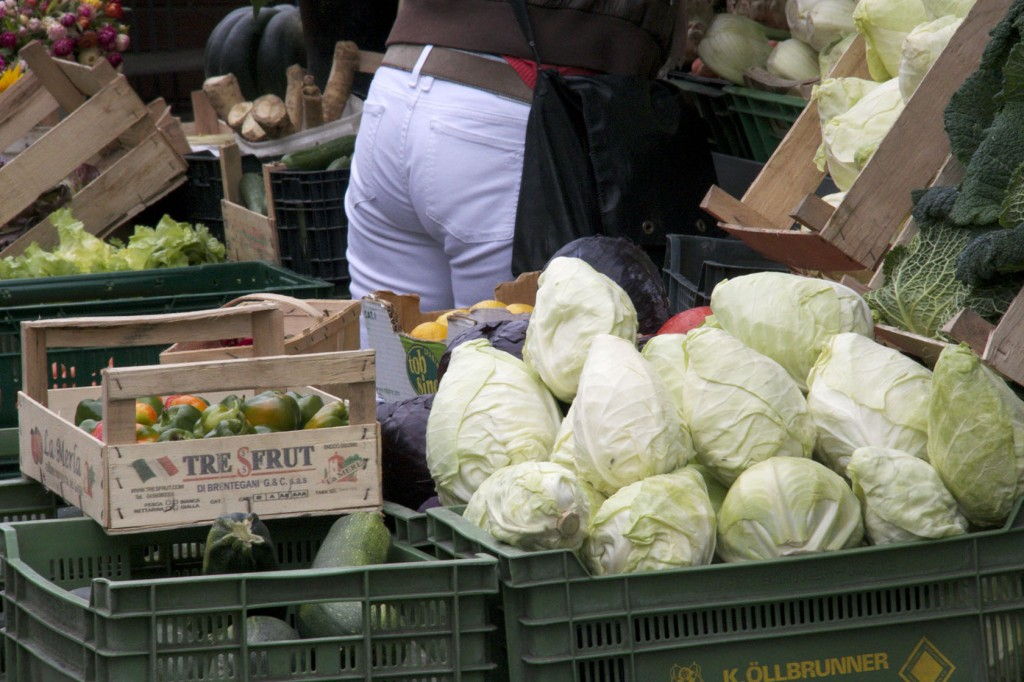 Draisine was the name of the first bicycle, by the press, in 1817. German inventor Baron Karl Drais had called it a Laufmaschine (running machine). This was the first of many two-wheeler concepts. 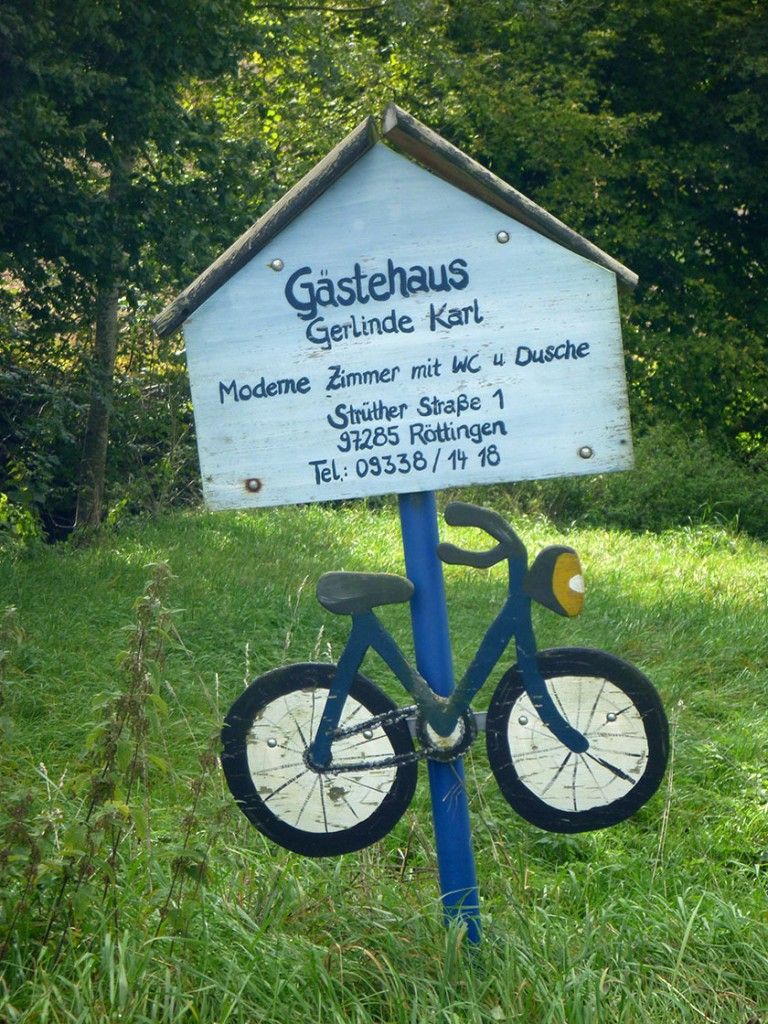 Electric bikes are not new or German inventions. The first patents for electric bicycles were issued at the end of 1895 in the United States to Hosea W. Libbey (October 8th) and Ogden Bolton, Jr. (December 31st). 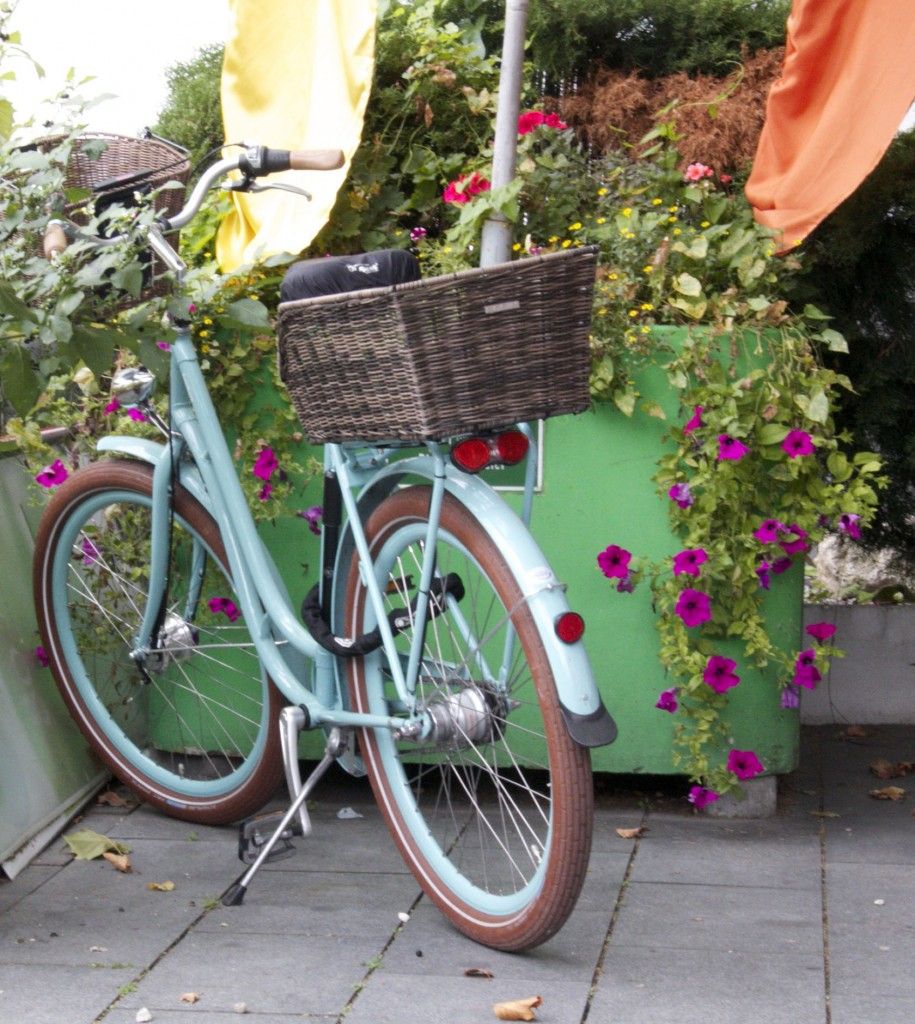 Franconia is one of the five medieval duchies of early Germany. Red and white are the colours of this part of Bavaria that was settled by the Frankish tribes in the Middle Ages.

Hops, barley malt and water, were the only ingredients allowed in German beer under 1487 (passed in 1516) Reinheitsgebot (Bavarian Purity Law). The legislation is one of the oldest food standard laws in the world. However, in 1987, under new EU rules, Germany had to adjust the law to open trade with the balance of Europe. 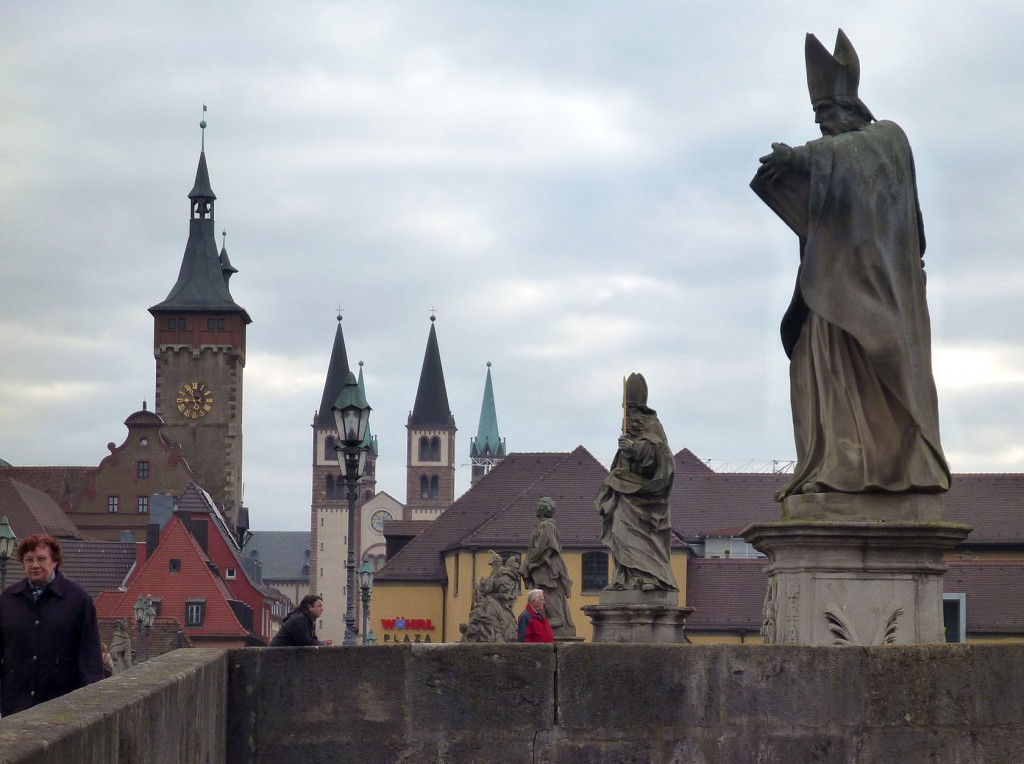 Investment in renewable energy in Germany has cost billions; wind turbines and solar panels dot the landscape along the Romantic Road. According to Time Magazine, in July 2014, Germany produced 28.5% of the country’s energy requirements via “green” technologies. The capacity is expected to rise by another 23% by 2019. 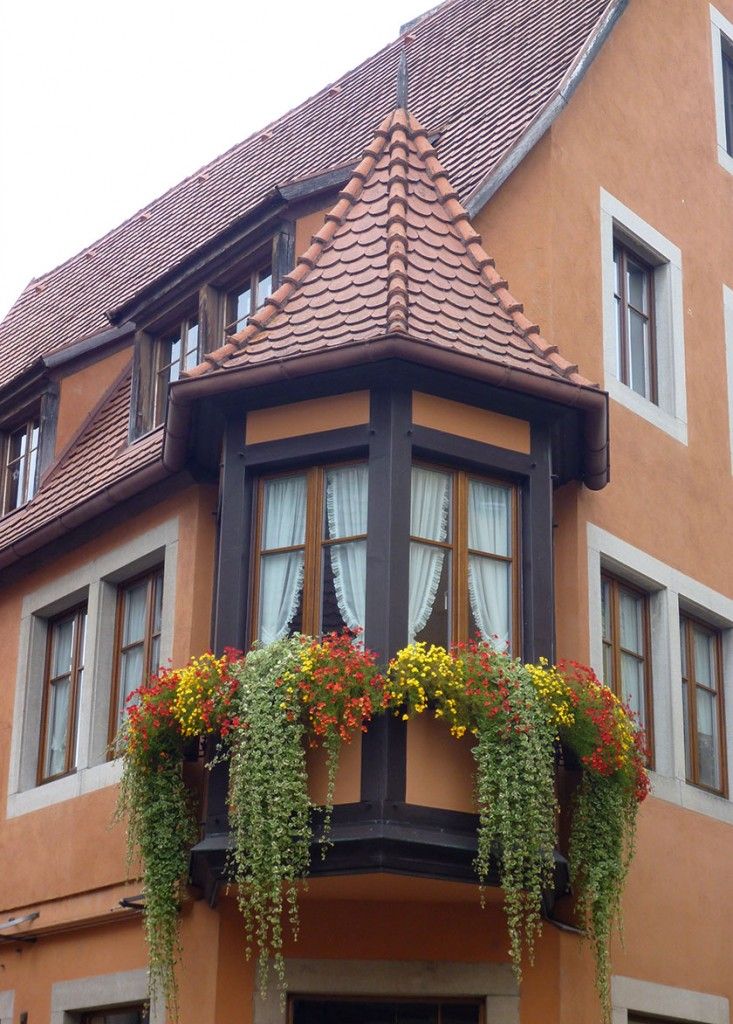 Juliusspital Foundation, based in Würzburg, was established as a non-profit hospice in 1576. Now it is a significant service organization managing a hospital, old age nursing and nursery care, farms and one of the most extensive vineyards in Germany (177 hectares).

Käse is cheese in German. The country is one of the leading producers of cheese in the world, at over 1.8 million tons per year. Of the 600 varieties of cheese produced in Germany, 75% are manufactured in Bavaria. S,o needless to say, there was some käse consumed along the cycling route. 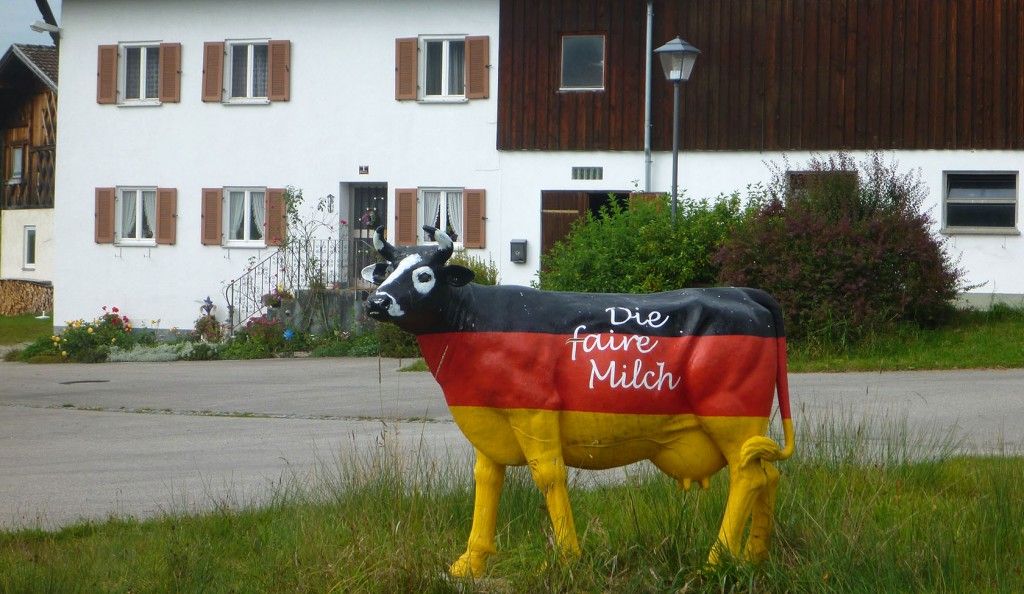 Ludwig II was the King of Bavaria (1864-1886), also called the Swan King or der Märchenkönig (Fairytale King) and several other names. He is most famous for the extravagant construction projects during his tenure, with funding borrowed against royal revenues (more detail under Neuschwanstein below).

Markt is German for the market. 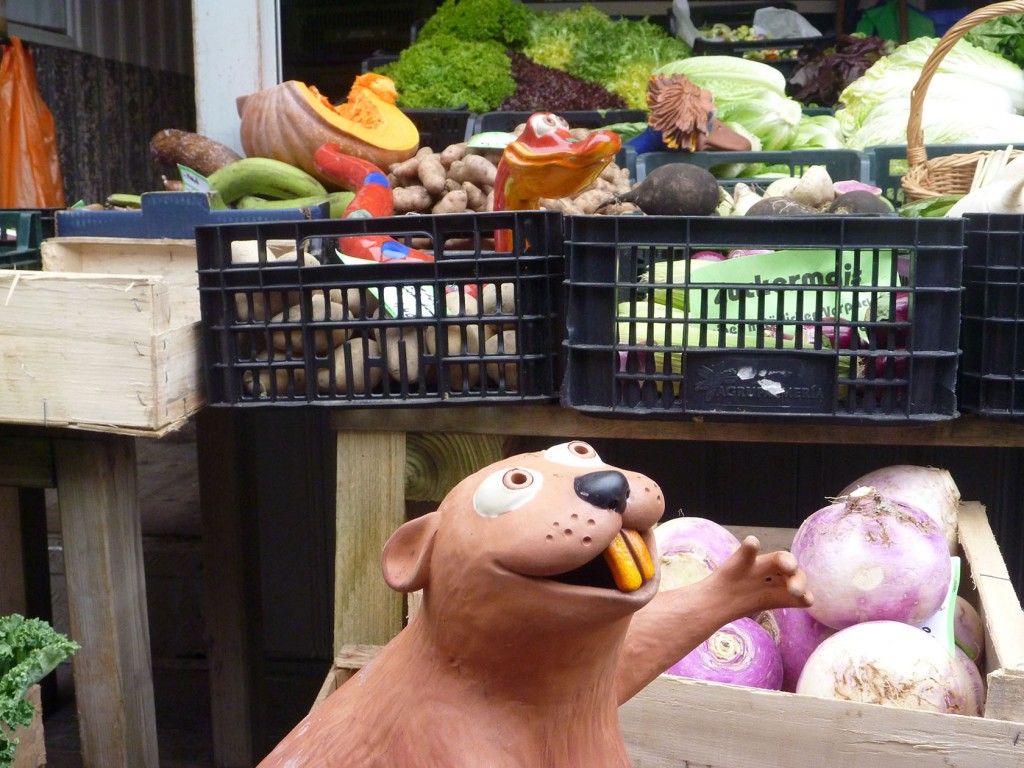 Neuschwanstein castle outside of Füssen is recognizable to anyone who has watched Walt Disney’s Cinderella movie. The Disney castle is an animated facsimile of the palace constructed under the direction of “Mad King Ludwig II”, who commissioned the Romanesque-Gothic-Byzantine design of this hilltop fortress. Ludwig II’s personal retreat was built on the site of two medieval castles, with sweeping views of the Bavarian countryside Neuschwanstein. Unfortunately, the castle remained unfinished at the time of his death. 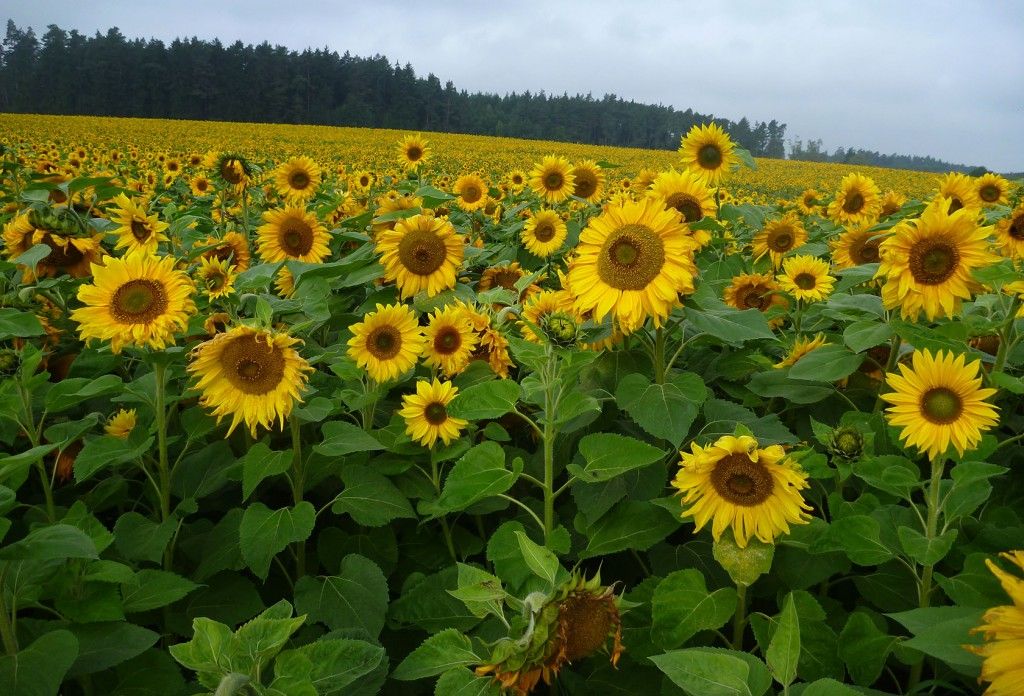 Octoberfest is the 16-17 day festival held in Munich each year starts in late September and runs through the first Sunday in October. The original party set in Theresienwiese (Theresa’s meadow) was in 1810, a celebration of the marriage of King Ludwig to Therese of Saxe-Hildburghausen. Present day, this moneymaker is a big party with 6+million people through the turnstiles and some 26 million litres of beer sold during the festival period.

Romantic road – this 400+km route was launched in January 1950 as a holiday driving route. The road was established under the premise of increasing tourism (post-war) in this beautiful part of Germany. It worked! An estimated 2+ million people a year visit the area via one form of transport or another. 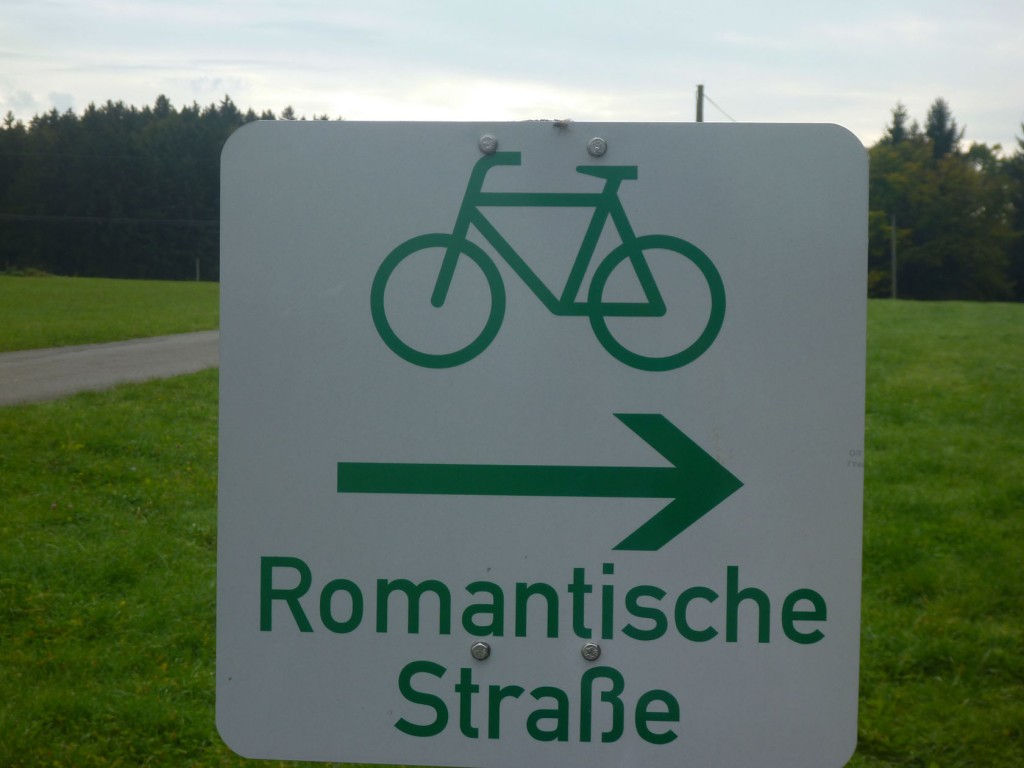 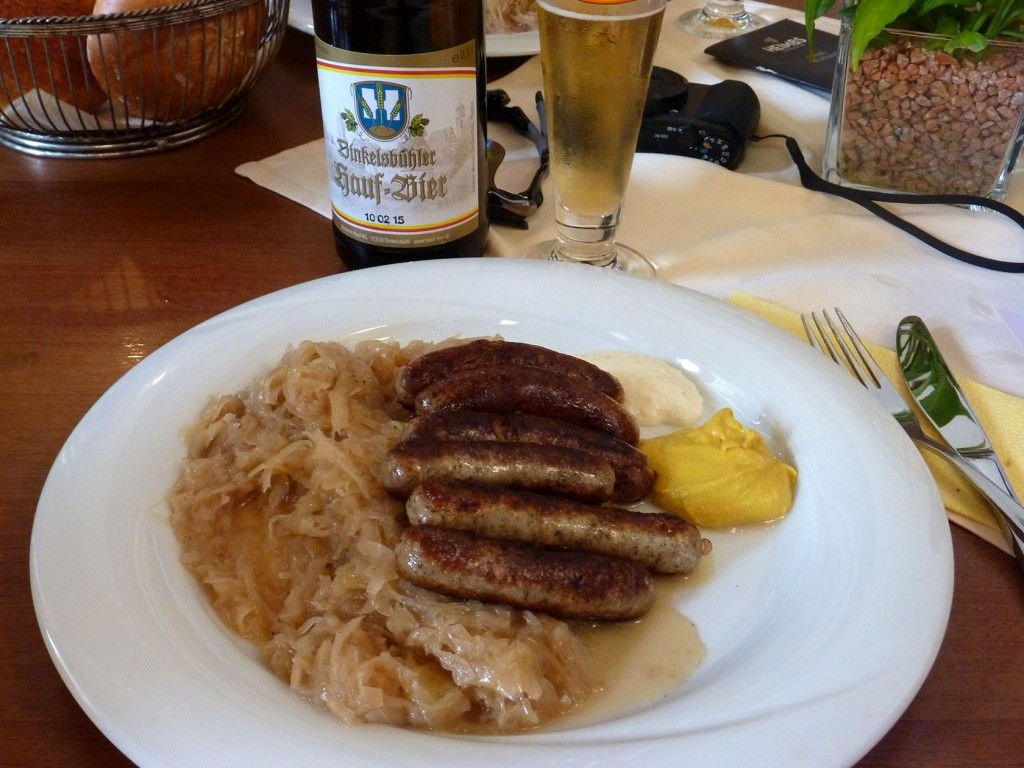 Tee is the word for tea in Germany

Unlimited speed on the autobahn

Vineyards – Nutmeg was pleasantly surprised at the quality of German white wine it was much better than the “Blue Nun” she had recalled from another era. There are 13 wine regions in Germany.

Würzburg – This city at the start of the Romantic Road is well worth a visit for its UNESCO World Heritage Würzburger Residenz. The restoration work post-war on the palace is incredible, and the gardens are sublime. 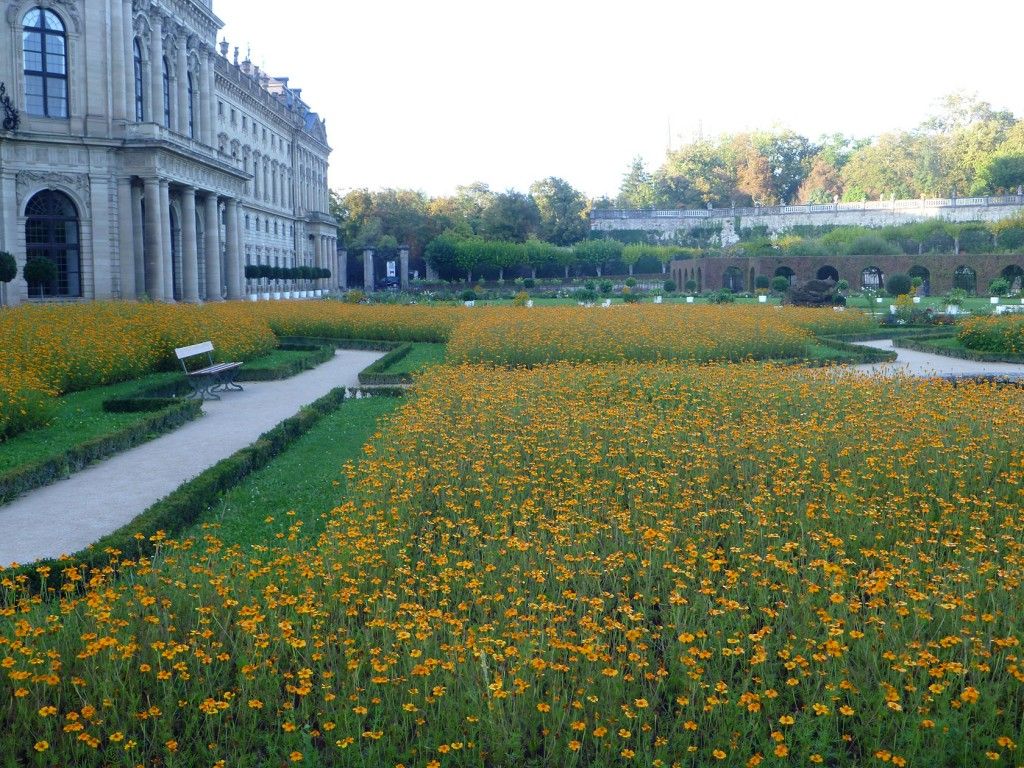 X is formed by the leather straps at the back of the lederhosen.