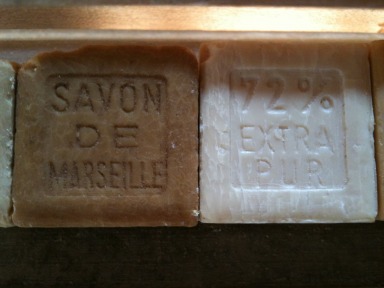 A soap makers’ guild was established by the 6th century in Naples. Organized soap production was in place in Italy and Spain by the 8th century.  The French followed in the 9th century. The first recorded soap maker in Marseille dates from 1370. By the middle of the 15th century, industrialized French soap manufacturing was concentrated in the Provencal towns of Marseille, Toulon and Hyères. All three centres were within proximity of the raw materials; olive oil, salt and salicorne ashes from the Camargue.  Marseille began to “muscle” out the competition and increased production capacity over other centres by 1525. In 1688, the Edit of Colbert, under King Louis XIV regulated the use of the name Savon de Marseille, to the immediate geographic area surrounding Marseille and dictated the use of only olive oil over animal fats. In 1924, there were 132 soap manufacturers in Marseille, Toulon and Salon making the real Savon de Marseille. Today there are three: Marius Fabre, le Fer à Cheval et le Sérail. 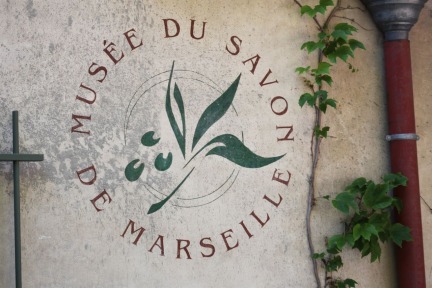 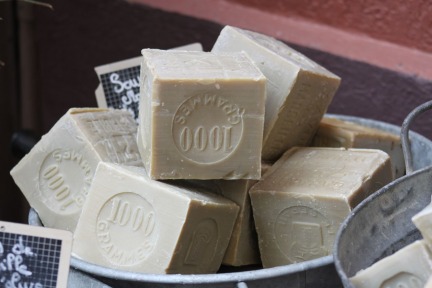