The Fortress of Aigues Mortes in Provence

800km from its glacial source in Valais, Switzerland the Rhône River gasps as it reaches the Mediterranean Sea. Like a wide yawn the Rhône’s two branches; the Grande Rhône and the Petit Rhône empty their cargo at the mouth of the river. This area of Provence known as the Camargue, part of the Bouches du Rhône (mouths of the Rhône) is Europe’s largest river delta (930 sq km) and a wetland of significant size. 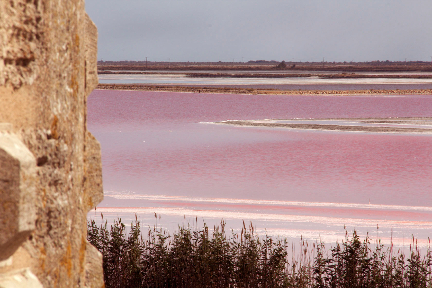 The area has been partially protected since 1927 as a natural preserve. Rice fields, grape vines, brackish lagoons and sand dunes punctuate the flat landscape. As the Rhône waters wash into the Mediterranean the river dumps some 20million cubic meters of silt a year in the area. A region that is impossibly breathtaking and untamed in the same moment. 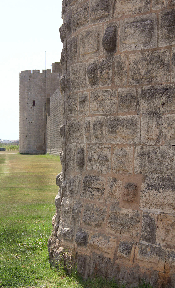 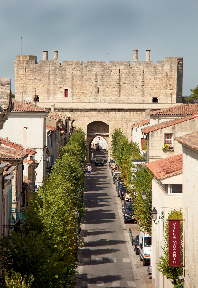 It is here that King Louis IX chose to build a fortified presence at Aigues Mortes (Dead Waters) in 1240. At that time, the Kingdom of France was geographically constrained; to the southwest in Languedoc Roussillon were the Kings of Aragon and in the east the Germanic Empire. It was a strategic move by King Louis, to establish a port on the Mediterranean, in a place ruled by Benedictine monks of the Abbey of Psalmody. The area was sparsely populated, and occupants eked out a rustic existence by fishing, hunting and small-scale salt production. 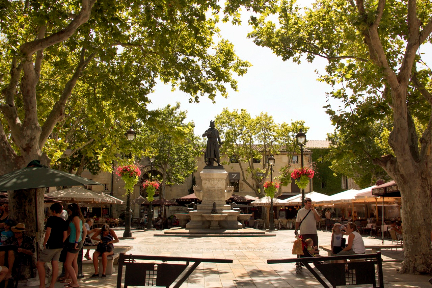 It was from Aigues Mortes that Louis IX left with his flotillas on the final two religious crusades (7th & 8th), he did not survive the last one. Known as the Constance Tower an imposing circular structure with six-metre walls is all that remains from his era. This tower was impregnable but not inescapable – 17 Huguenot prisoners escaped in 1703. It also served as a prison for women who were deemed sympathetic to the Protestant cause, starting in 1715. You can now take an elevator to the top level for a sweeping view of the Camargue.

The ramparts of the town stretch a full 1.6km (1 mile) an odd shaped quadrangle, punctuated by ten entry gates and six defensive towers. The walls enclosed the old town and the ancient church Notre-Dame des Sablons (1183 AD). In the present day when we no longer fear brutal enemy attacks, the interior of the ramparts are filled with holiday residences, small hotels, restaurants, boutiques and galleries.

You can access the Constance Tower and the ramparts with the same entry ticket. It is well worth paying for the audio-guide as it provides an excellent historical overview and some insight into life in the era when the lagoon actually reached the walls of the town. Ahead of roads and railways, and before the silt from the Rhône landlocked the town, the population was dependent on the waterways of the Rhône for both transportation and trade.