Dipping A Toe in France’s Ardeche

This post will most likely make Nutmeg’s Corsican friends angry.

Why bother with the hassle of an overnight ferry, crowded beaches and small twisty roads? If you want to feel like you, have experienced a bit of Corsica without leaving the French mainland, plan a trip to the Ardèche region.

The similarities between, the beautiful island of Corsica and the Ardèche are significant, see below: 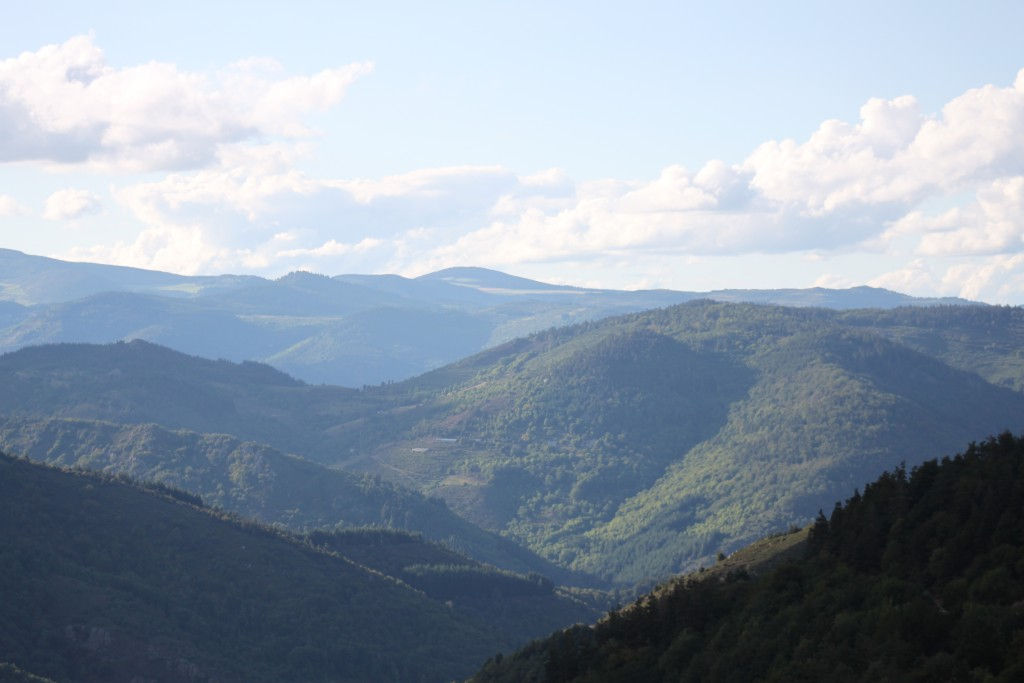 In reality, given the time and resources you should not deprive yourself a visit to both of these beautiful places. Ginger and Nutmeg set off for a short two-day trip to explore the Ardèche. The area is bordered by the Rhone River on the east side and crossed by significant waterways including; the Loire and the Ardèche Rivers. The region is filled with stunning views, local products and intriguing places to visit. 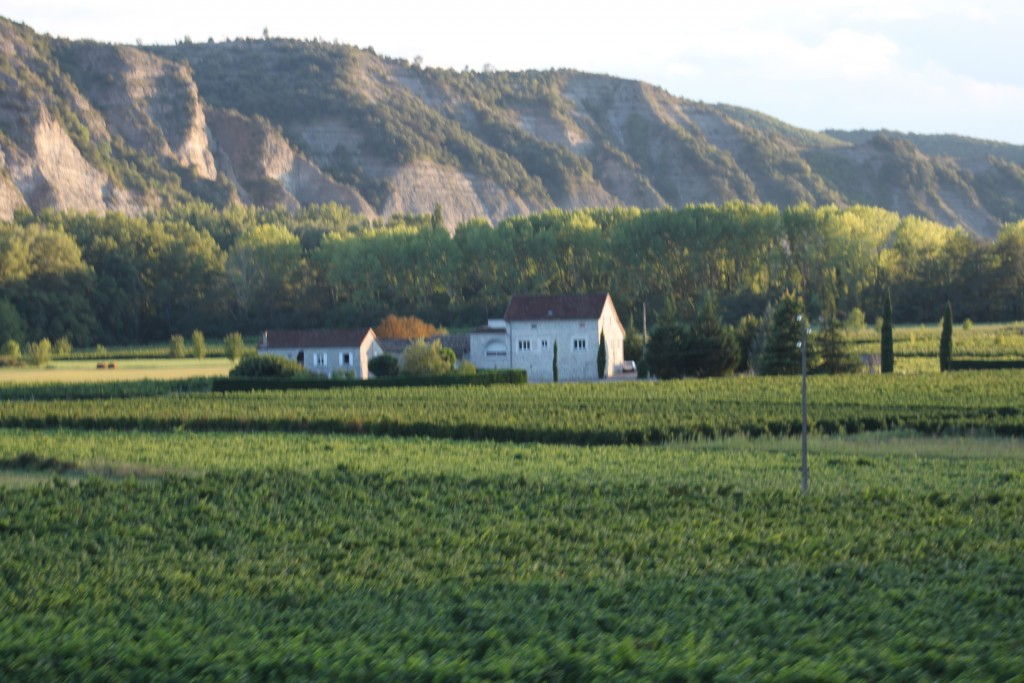 Although, the eastern edge of the Ardèche is close to the significant north-south autoroute (A7), a visitor can quickly leave the bustling traffic behind. The landscape at the northern end of the Ardèche is dense forests of oak, pine and chestnut. The roads are small and windy, much like in Corsica. Small hamlets dot the landscape along with fields of cows. The architecture in the northern Ardèche is stern, with buildings made of stone blocks and pitched roofs to keep out the elements, no whimsical Provencal colours in this area. 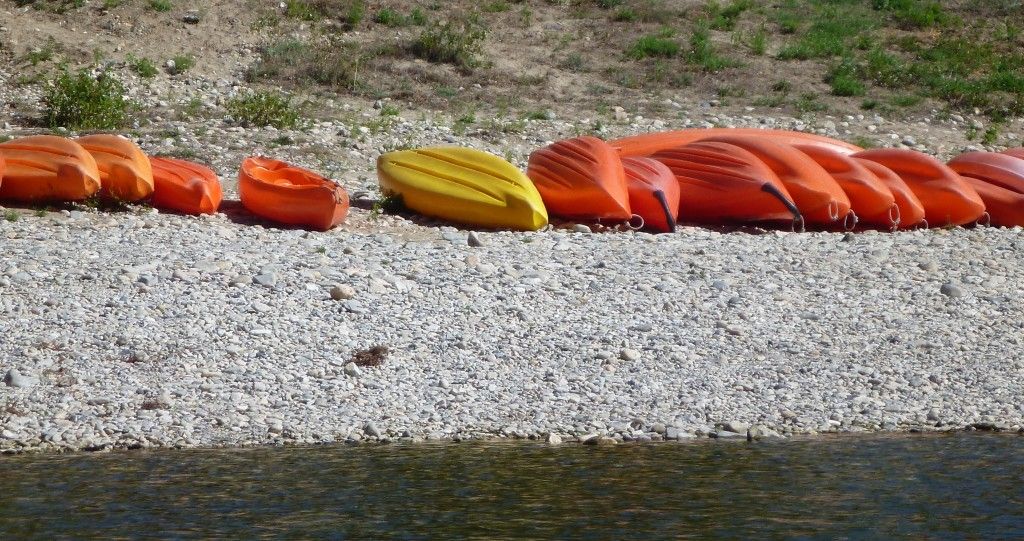 Man has occupied the region for 350,000 years, since Middle Paleolithic times. Ginger and Nutmeg visited l’Aven d’Orgnac, classified as a “Grande Site De France”, this living museum covers 30,000 square meters. Robert de Joly discovered the cave in 1935. According to Nutmeg, he was a brave man. He and his team entered the natural opening to the cave and descended 50 meters, in the dark to the first level of the cave, the first known humans to have done so. The site has been open to the public since 1939.

Today, visitors can see the cave by a guided tour, to the depth of 120 meters. The natural stalactite and stalagmite formations continue to evolve, in the same fashion they always have. The modern comforts include, stairs, strategically placed lights, and an elevator at the end, to return to the surface. 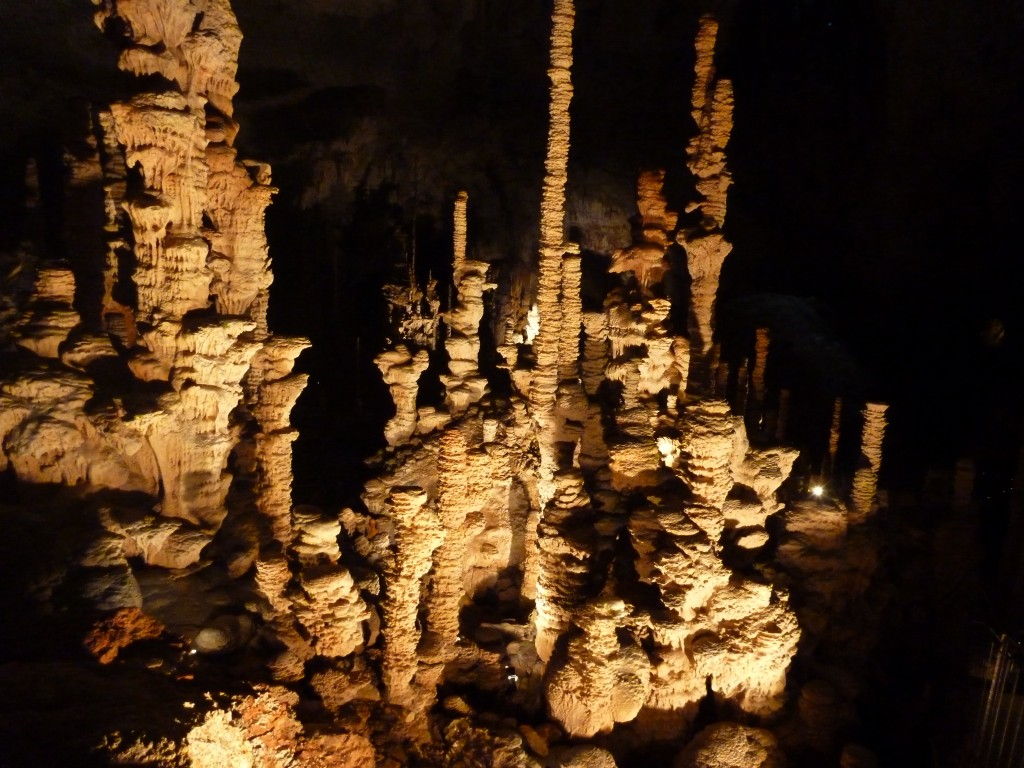 Probably, the biggest tourist draw in the region is the Gorges de l’Ardèche, the river has cut a path over millions of years through the limestone creating the canyon that exists today. Starting at Vallon Pont d’Arc it is possible to float (canoes or kayaks) or drive to St Martin d’Ardèche a distance of roughly 32 kilometers. One of the most famous sites along the way is the natural bridge, the Pont d’Arc. Ginger and Nutmeg opted for the quick two-hour float, as the river was extremely crowded with families on holiday. The road was even more congested than the river, so an alternate route home was selected. 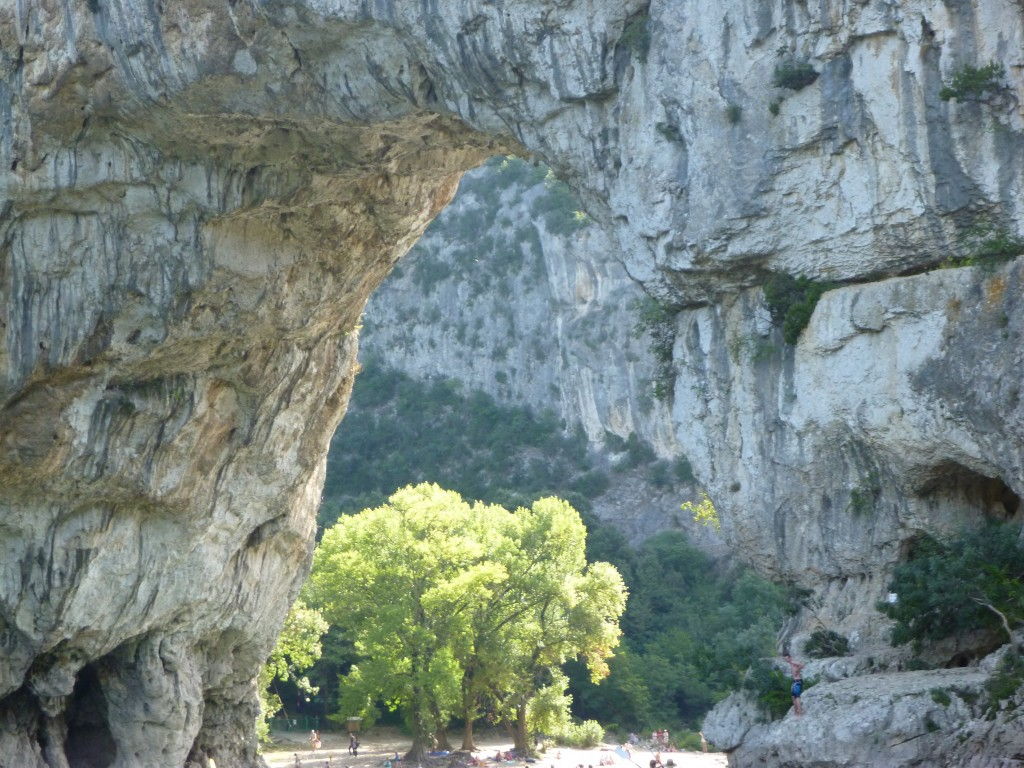 As the oaks and pines give way to the plane and fig trees, the architecture at in the southern tip of the Ardèche becomes more Provencal. Enormous wine fields and sweeping vistas of Mt Ventoux replace the milk cows and chestnut trees. There is much to see in the beautiful Ardèche; forty heritage villages, the birthplace of the hot air ballooning, hiking, biking, grottos and plenty of history. All that Ginger and Nutmeg were able to accomplish in two days was to dip a toe in the waters of the region. 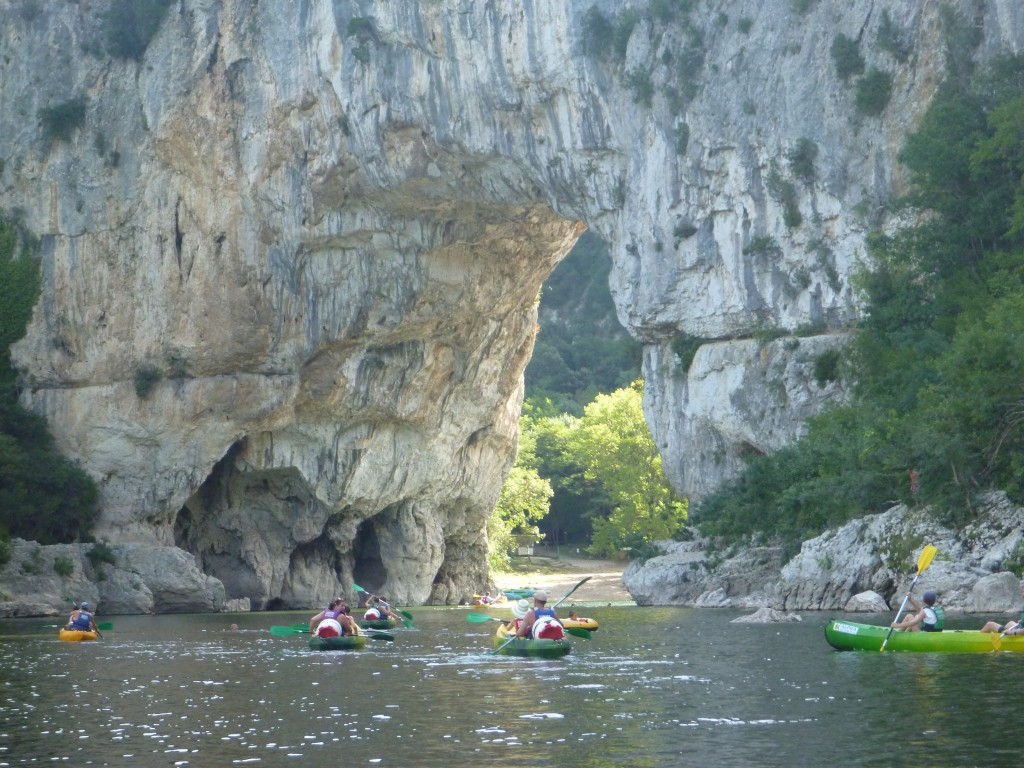