Sunny Sunflowers Why We Love The French Tournesols

Provençal postcards, Pinterest boards and Instagram are filled with photos of sunny sunflowers. Long before the Internet these beautiful flowers inspired Vincent Van Gogh to paint a still life series called Tournesols (Sunflowers). He painted the first of the group in 1887, in Paris, and then later (1888-89) in Arles. 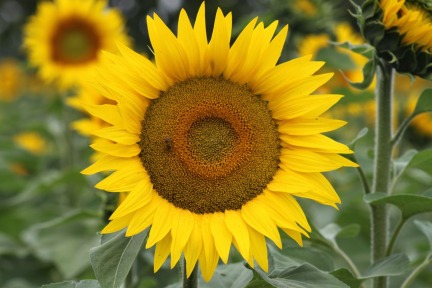 Tournesol, a French word that translates into ‘turn to the sun.’ In reality, the young plants do track the circadian rhythms. Well before full maturity the plants no longer turn with the daily cycles of the sun, the stems stand rigid as the sunny flowers face east. 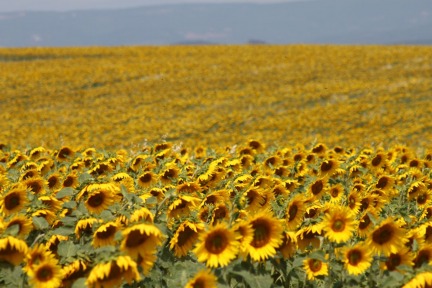 Sunflowers are common in parts of Europe, with 60% of the global production. However, it is one of the few plants that originated in the Americas. The domestication of the sunflower has been traced to what is present-day Mexico, as long ago as 2600BC (although may have come from Asia originally). The seeds were only brought to the rest of Europe, via Spain in the early 16th century.

The sunflower is made up of a large composite flower supported by a sturdy coarse stem and with sharp leaves. The outer part of the head is surrounded by petal florets that are commonly yellow, but can also be orange, red and other hybrid colours. The interior of the flower contains florets that are cleverly packed in an effective spiral pattern, to maximize the quantity. These florets produce the seeds used for oil and other nutritional uses. 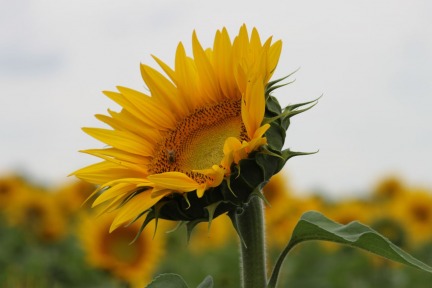 The entire plant is useful although the seeds produce 80% of the crop value when pressed to create sunflower oil. The fibre from stem can be used to make paper. The leaves and the “cake”, which remains after the seeds are extracted, are used for animal feed. 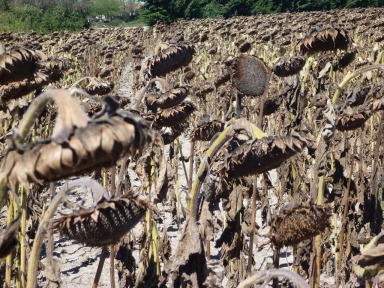 Cultivation of plants for sunflower oil in Russia became popular in the 18th century, as it was the one oil allowed during lent. More recently sunflowers were planted near the disaster site at Chernobyl, using phytoremediation to extract harmful toxins from the earth.

Do you know the height of the tallest sunflower recorded?
(Without help from Google)