Whether fiction or not, Nutmeg thinks it is appropriate that Casanova the infamous Venetian writer, gambler and reputed womanizer is weaved into the history of les Jardins d’Albertas.

This garden, owned by the Albertas family, is located just a few minutes outside of Aix-en-Provence in the town of Bouc-Bel-Air, where the ancient village was built on a bouc (small hill).

The roots of the Albertas family stretch from Alba, Italy to Aix-en-Provence, where their influence on the Provençal city is notable. Henri and his son Jean-Baptiste d’Albertas, both held the high-ranking title of Président de la Cour des Comptes (Court of Auditors). 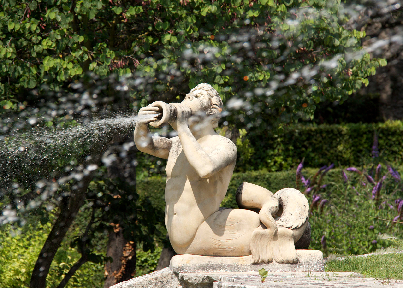 One of the most recognizable and photogenic squares in Aix is Place d’Albertas.  This sunny plaza carved out of the narrow winding streets of the old town resembles a small Italian piazza. Henri felt that the exterior of his home and his “view” were not distinguished enough. He commissioned a local architect to renew the façade of his house and establish a vision for the future square. The work done in 1745 included the demolition of buildings across from his house in order to create the plaza. The fountain was only installed in 1912. 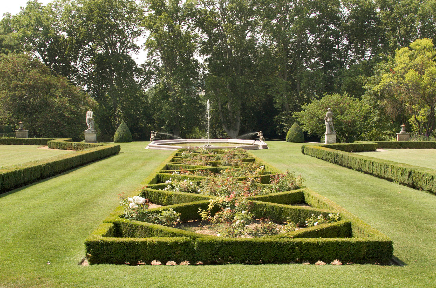 It was Henri’s father Marc Antoine, who through marriage had acquired a plot of land outside of Aix-en-Provence in 1673, now known as the Jardins d’Albertas. The land had previously been envisioned as a garden although it was Jean-Baptiste who developed plans for the classical Franco-Italian garden. The drawings from 1751 include a chateau that was never built.

Jean-Baptiste was assassinated in 1790, on the eve of the French Revolution, and never witnessed his vision completed. The garden was neglected for many years; it was not until 1949 that Jean d’Albertas began restoration work. 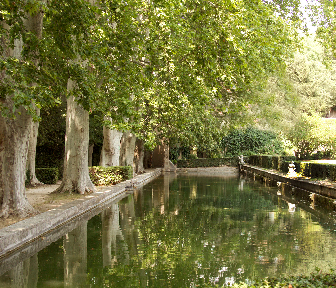 It is almost surreal on a blistering Provencal day to believe that there are natural spring sources feeding the water features. In reality, it is clever engineering creating the supply of water to decorative ponds and fountains, as well as liquid nutrition for the plants.

The official entry to the Jardins d’Albertas is through an imposing metal gate, which is adorned with the Albertas’ family crest. 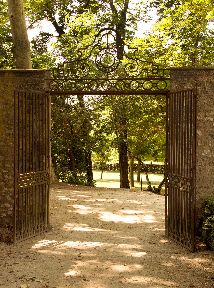 On the right, just after the gateway is la salle de fraicheur designed as an imitation grotto. You need to allow your eyes adjust to the dim light and let shoddy first impressions go, the spider webs certainly do not help. Spend a few moments and you begin to recognize remnants of seashells that would have at one time decorated the entire ceiling. Empty alcoves remain, begging their statues of the seven planets to return. 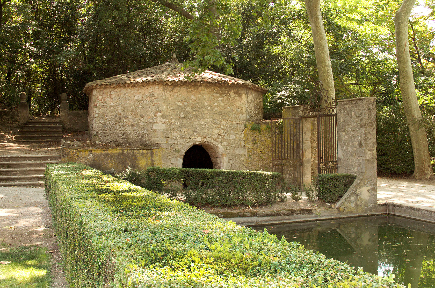 The Grand Canal is a large rectangular basin establishing the horizontal width of the garden. A statue of Neptune contemplates his fluid mirror, which reflects his botanical surroundings. This pond with its concrete border physically defines the boundary of the garden and symbolically represents a private river.

A grass lawn leads to the next water feature, le Bassin des 17 jets, or so it was named on the 1751 plans. Here, eight tritons blow water jets from their horns, and the back wall of this fountain creates the physical edge of the first level. The fountain appears to be almost announcing the heavyweight of testosterone emotion just behind it. 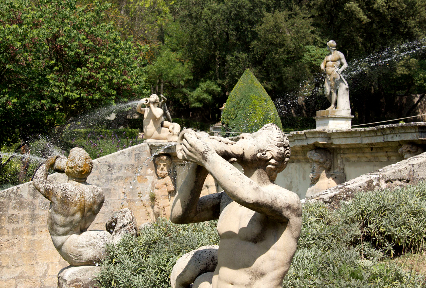 Four male statues stand ready for military action at the edge of this second level. Hercules, David, Mars and the gladiator Borghèse are a powerful stone representation of mythical heroes.

It is only in the final section where the garden has a slight feminine touch with two sphinx statuettes bearing the Albertas’ family crest. 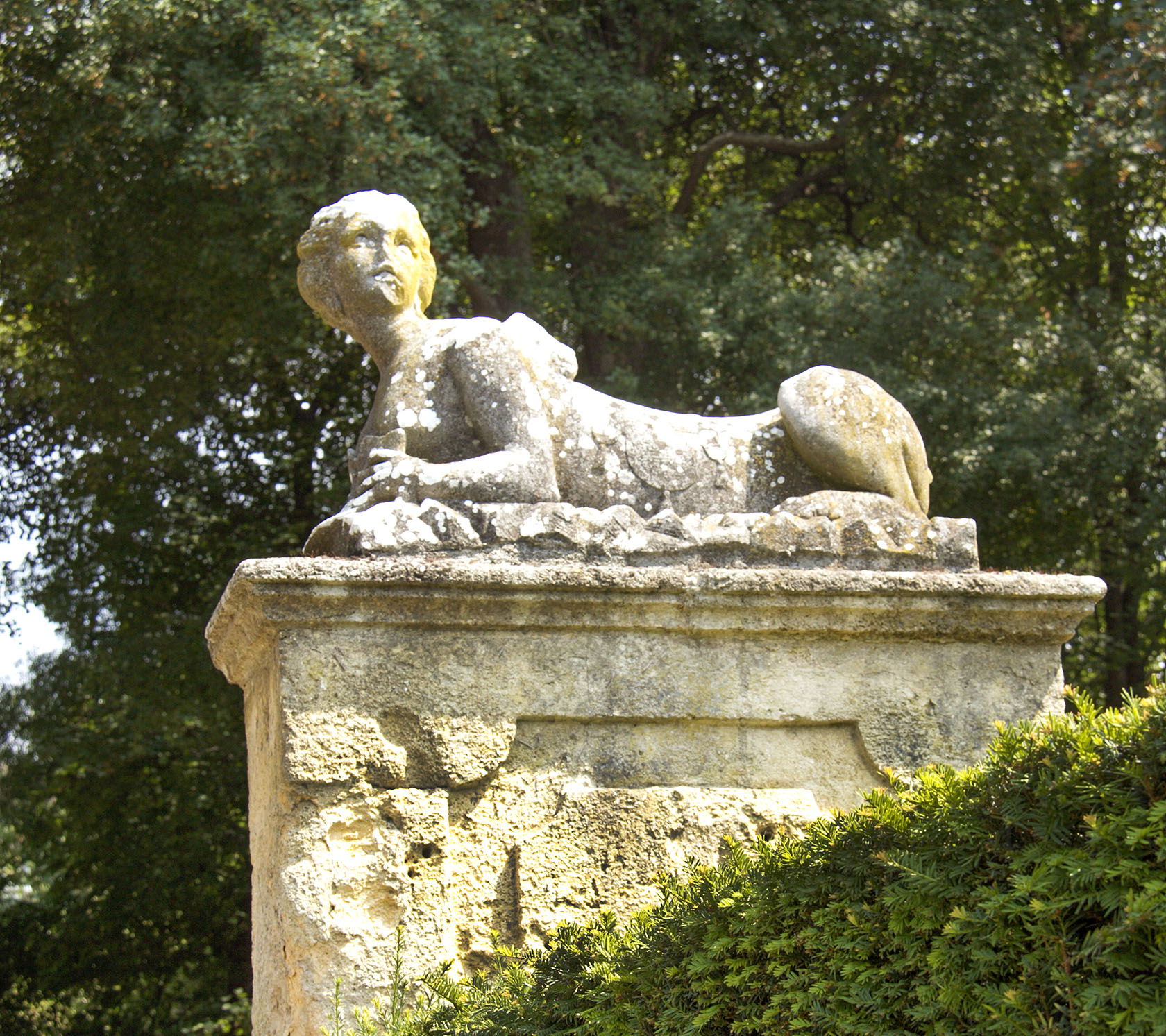 The garden is easily covered in an hour although you may want to linger in some of the shady sections and contemplate what it may have looked like had the original vision been achieved.

The unfinished garden might be a little like the Casanova love story. The famous man is said to have stayed in Bouc-Bel-Air in 1769, but did not realize that Marie-Anne d’Albertas was his previous lover. They never met again.

This article is now available as a mobile app. Go to GPSmyCity to download the app for GPS-assisted travel directions to the attractions featured in this article.