When the idea of travelling to Romania initially bubbled to the surface, G&N talked about a road trip. It seemed like a decent plan, given that their car had been almost idle since 2019. In addition, they could explore some new countries (Slovenia, Hungary) along the way. Also of interest was that the route would practically trace the Orient Express. We discovered this fact quite by hazard at the Recontres d’Arles Photography show in August. However, that was probably when they both realized just how far away Constanta was from Eygalières – 2,500+ km one way. 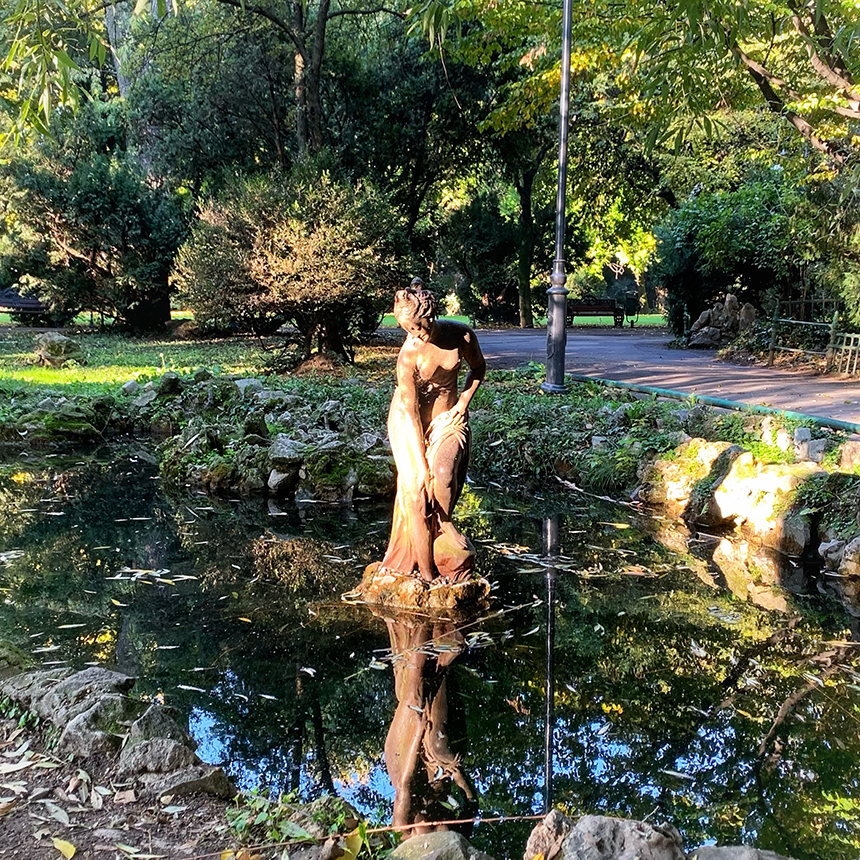 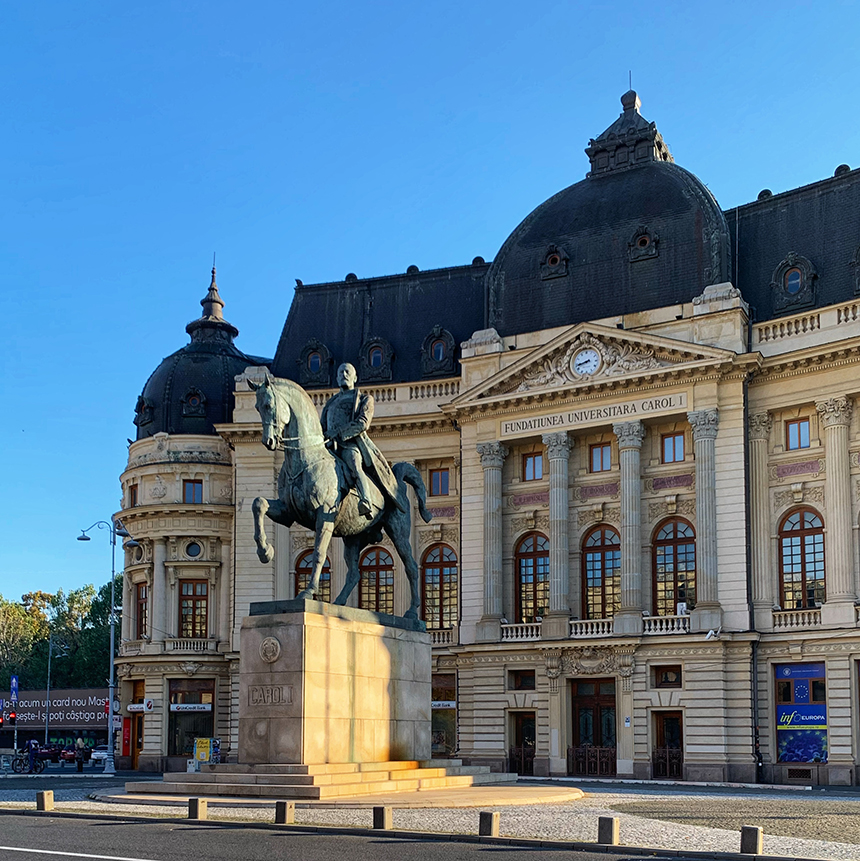 Pre-COVID and with a more extended stay in Europe, they would have gone ahead with Plan A. However, the reality of different COVID rules in each country and thousands of potential touchpoints became clear. So instead, they decided on Plan B and booked a Ryanair flight from MRS to OTP.

The flight from Marseille to Bucharest is only about 3 hours. But of course, you need to allow enough time for the airport scrum that comes along with discount flights, COVID paperwork and airport parking. Note to self: always book airport parking at MRS in advance to reduce the pre-flight stress level (a story for another time).

Tell Us About Romania

Here are a few fast facts on Romania. The name emerged from the significant Roman presence in Dacia (106-275 AD) when they exploited the region’s mineral deposits, including gold and silver. Romania has a long history of turmoil and domination under the Romans, Goths, Ottomans, Soviets and Nicolae Ceaușescu. In 1989, the country shed the shackles of communism and their terrible ruler and had the first free elections in 1990. However, it has been a long road for Romania to reach its current level of prosperity with an even longer journey ahead. Romania joined the EU in 2007 and is the fastest-growing economy. The country ranks third in European agricultural production. There is also a solid manufacturing base (cars, electronics), petroleum exports, alternative energy generation, and the fastest 4G network in Europe. 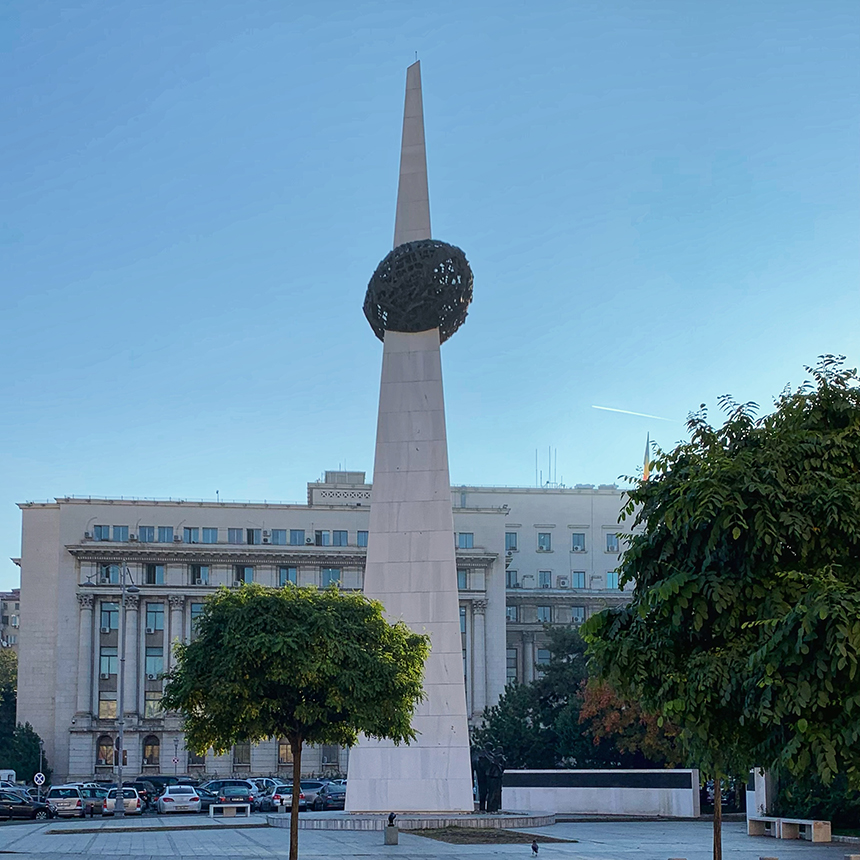 Tourism in Romania was an essential economic driver before COVID-19 dealt a blow. Romania has three distinct geographic areas, roughly divided in thirds between mountains, forests, and rolling hills and plains.

There is no question that the weather and a lovely hotel influence Nutmeg’s travel experiences. They arrived in Bucharest just after lunchtime on a sunny October afternoon. The drive was thankfully uneventful after the traffic jam that they had encountered two days before. The walking tour guide from Interesting Times Bureau, Bogdan, was far from surprised by G&N’s traffic story. Although it could be an urban myth, he said there are 100,000 parking spots in Bucharest and 1 million cars.

It is quickly evident that during Bucharest history’s mega-money has been spent. EU funds for upgrades to roads, infrastructure and essential structures continues. However, it was King Carol I whose vision largely shaped today’s urban plan with wide boulevards, sizeable city parks, glorious fountains, and imposing public structures. A decisive French influence is evident in Belle Époque buildings, glass arcades and domes. Sprinkled between these beautiful structures are utilitarian apartment blocks, graffitied walls, stark reminders of unhappy times, and nondescript office buildings. A surprising number of churches and monasteries remain and are still active. 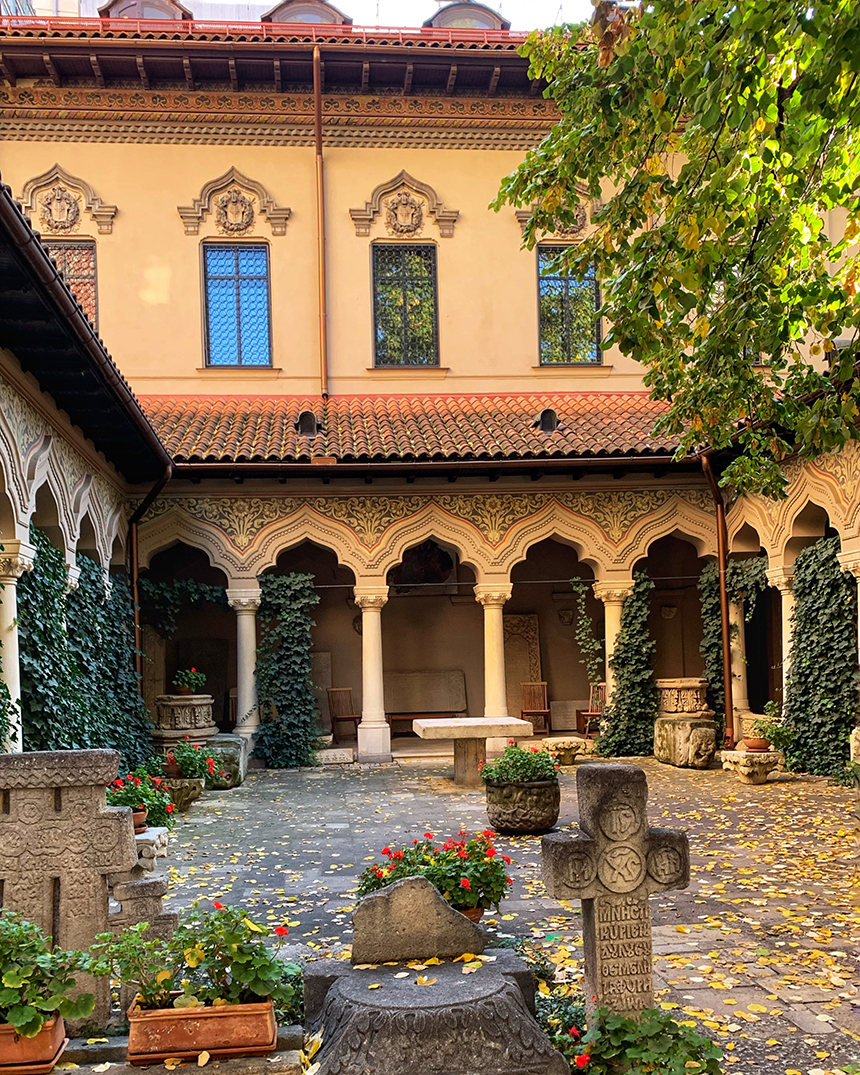 According to their guide, the most beautiful building in Bucharest is the Romanian Athenaeum (Ateneul Român), a concert hall that first opened in 1888. 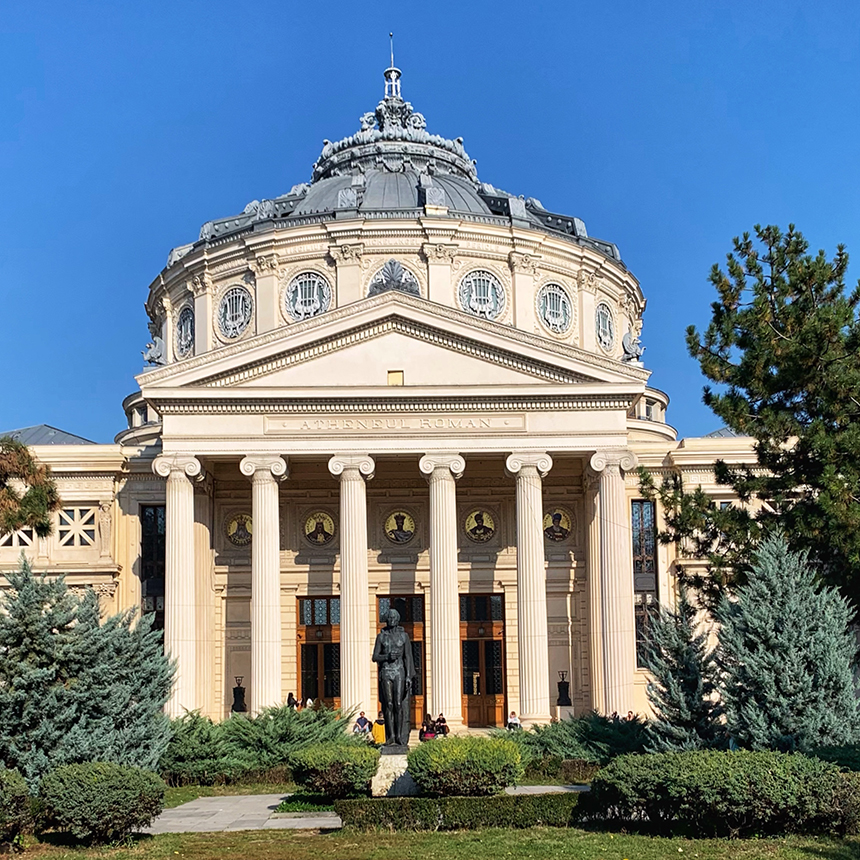 And, its ugly sister, only slightly smaller than the Pentagon, is nicknamed “The Monster.” The Palace of Parliament (Palatul Parlamentului). According to the Guinness World Records, the People’s House (Casa Poporului) is the heaviest building on the planet. At 240 meters long, 270 meters wide and 86 meters high, it is truly enormous. 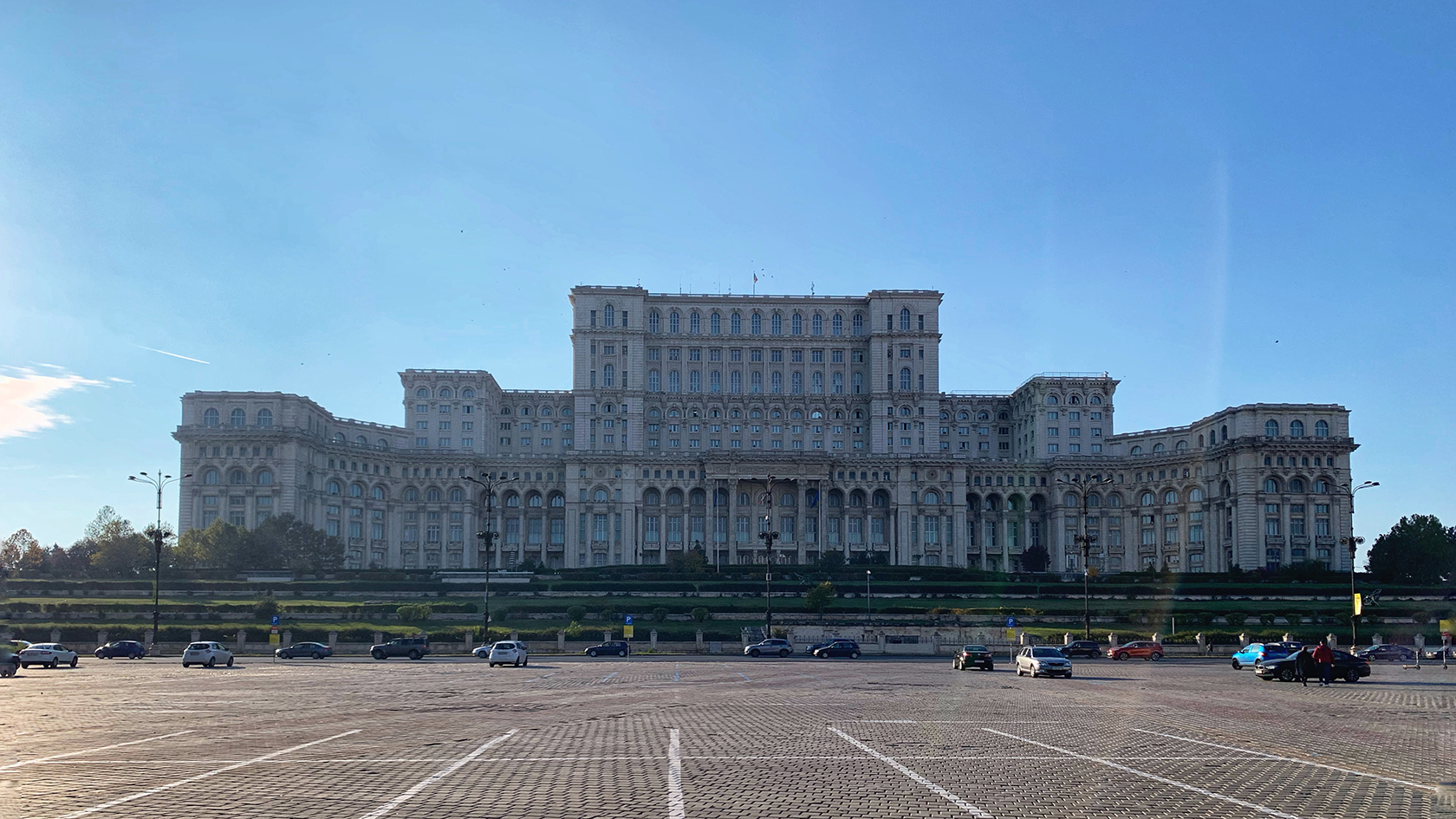 Would They Go Back?

#1 As a coffee lover, Nutmeg always gives star points for great coffee. As it turns out, Francesco Illy, the man who invented the espresso coffee machine, was born in Timișoara, Romania.

#1a Ginger likes the Romanian beer.

#2 Generally, the food was good, and so was the wine.

#3 There is plenty to see, and G&N barely scratched the surface.

So, in conclusion, G&N hope to return to Romania, spend longer in Bucharest, and visit the mountains and the Daube delta the next time. Besides, they did not see Dracula.