Nutmeg felt a certain obligation to attend a family reunion that Hot Sauce (Mum) had organized at a pub, where her family lives, an hour outside London.  The event was scheduled for later in November – a lovely time to head to the UK  :-). The pull was strong and the guilt factor very high, as Google Maps identified a 12 hour drive (not counting the channel crossing) and a distance of 1253 km!  So Ginger got out his trusty bible of Michelin rated restaurants and charted a leisurely route that took us from Aix en Provence to St Pere de Vezelay, outside Dijon, then onto the Normandy coast to Honfleur and Calais. The plan was to drive no more than 4-5 hours a day to allow for Ginger to have a big nap and for Nutmeg to explore the surroundings in her running shoes or on her bike.  The general plan was to eat in fantastic restaurants, and to stay in hotels that had better showers and beds than our apartment in Aix. Note: the last part was not that hard to accomplish.

Unfortunately, Jade could not participate in this trip.  She is not allowed to enter the UK without some crazy bureaucracy around shots and certificates.  So she was booked into the “doggie spa” about 25 minutes from Aix en Provence.  The “spa” is located just outside Lambesc, surrounded by vineyards and she was given the “parc” option which allowed for lots of outside running at time to meet other dogs.  The view from the spa is below! 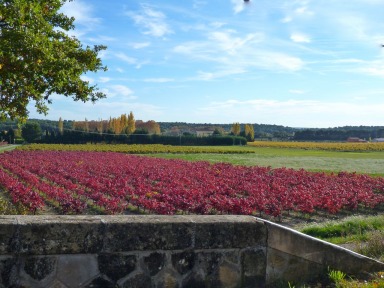 The first overnight stop was St Pere de Vezelay, in the valley just below the hilltop town of Vezelay and the incredible basilica.  An abbey was first established in 878 and then dedicated to Mary Magdalene in 1050 (her remains are supposed to be located here).  This site remains a great pilgrimage destination.  The basilica structure has suffered from fire and other challenges over the years.  It has been well restored and is very impressive in size, yet the interior is refreshingly simple and unadorned.  Ginger and Nutmeg did a quick pre-dinner ride up the hill and around the village to visit this UNESCO world heritage site. 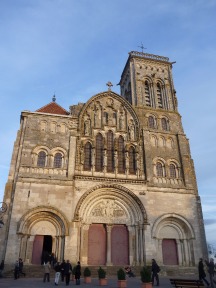 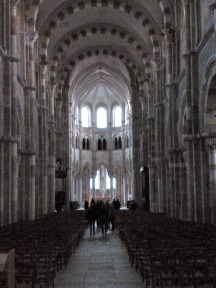 The next morning was sunny, a decent temperature and the over-indulgence at dinner necessitated another ride.  This time we headed to the villages of Usy, Menades and Pierre Perthuis for a short tour of the rolling hills, cattle grazing land and fertile fields.  A beautiful start to the day. 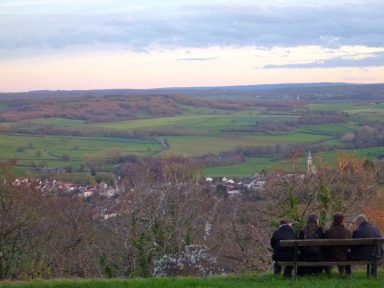 Our next stop was the town of Honfleur (Samuel de Champlain sailed from here in 1608), located on an estuary of the Seine.  The weather was suitably grim, much like one might expect in Normandy in November. However, the town is charming and certainly has “grown-up” in the years since Nutmeg’s last visit.  Our accommodation just a couple kilometres outside of town was right on the water with a  view of Le Havre. 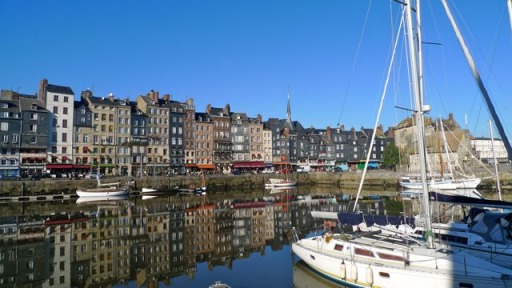 As part of the justification for the high-end restaurants and long periods in a car, Ginger  found a great bike ride that runs along the coast line and visits the historical beaches and cemeteries. We started our ride under cloudy and rainy skies in Arromanches-les-bains, which is famous for it’s strategic position as an artificial harbour (Mulberry B) during the days around the Allied invasion on June 6th, 1944. We headed east along the famous beaches; Gold and Juno.  There is a fantastic museum at Juno beach (Juno Beach Centre) which opened in 2003.  It is focused to the Canadian war effort, the D-Day invasion and those that gave their lives – well worth the visit.  From there we headed to the Canadian war cemetery and then through some small picturesque villages on our way back to the car.  The weather threatened all day but we made it back to the car, with a few remaining minutes of light and thankfully no rain. 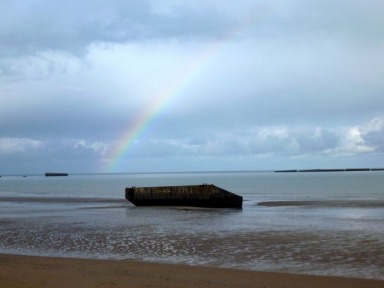 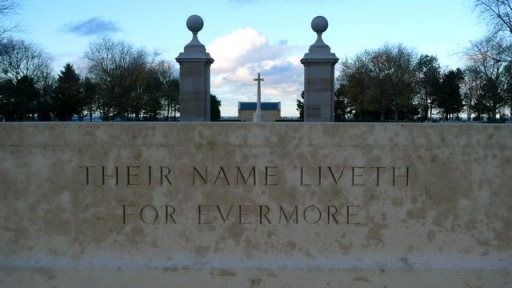 More photos can be found under Galleries (just click).