Many years ago, Nutmeg saw a fabulous photo of Venice during Carnevale.  Attending this annual event has been on her “Top 10” list. 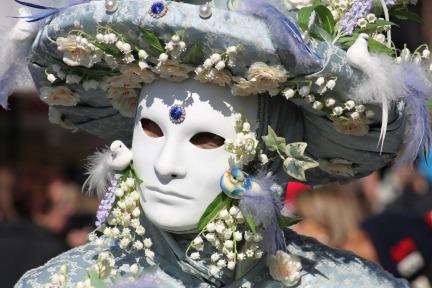 Ginger and Nutmeg checked Jade into the doggie spa close to Aix and told her to be a good girl, as this was not an event for black dogs. They headed to Italy with a hotel room booked, masks in hand, rental costumes organized and tickets to the more affordable Ball of the Grand Duke – Palazzo Pesaro Papafava – The fancier ball was thankfully “sold-out”, as the per person cost was well over 450 Euros.

Carnival (Carnevale) is the annual event in Venice for the ten days leading up to Lent, the last night is Shrove Tuesday, on which there are several big balls. Of course, this is not just a Venetian tradition; think Mardi Gras in Rio or Trinidad during the same time of year – but Nutmeg prefers the idea of fancy masked balls better than dancing in dental floss bikinis.  The origin of the word carnevale is Latin (carnem levare or carnelevarium) and suggests a “farewell to meat”, which was traditionally given up in the weeks of self-denial, during the period of Lent. 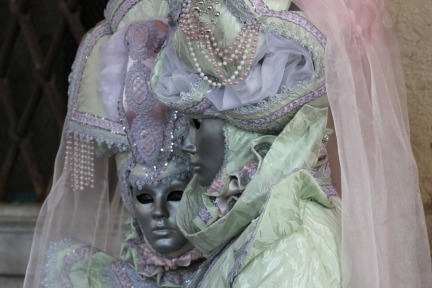 The history of the masks and the masquerade dates back to Roman times, there are records of the festival as far back as 1162.  The Romans celebrated the early part of the year with a fertility festival where masks were used by all levels of society, including slaves.  The Carnevale di Venezia enjoyed a long period of infamy and notoriety through the 1600s, up until Napoleon’s conquest in 1797.  In its heyday, the party started on December 26th and ended sometime in the spring.  This period of gambling and partying coincided with the loss of prominence and wealth in the region, as the power centres of Holland and Britain expanded their trading reaches. The celebration continued to decline and was banned in 1930 by Mussolini. A group of Venetians restarted the tradition in 1979.

Today the Carnevale is limited to the ten-day period before Lent, and it is an enormous tourist draw.  The city is crowded, really crowded, hotels are expensive, restaurants are full and the streets are at times simply bottle-necked.  There are websites and tour groups fully dedicated to the event.  The range of party events cater to the rich and sophisticated (balls and music), to the families with kids (chocolate and puppets) and to the college crowd (pub crawls). 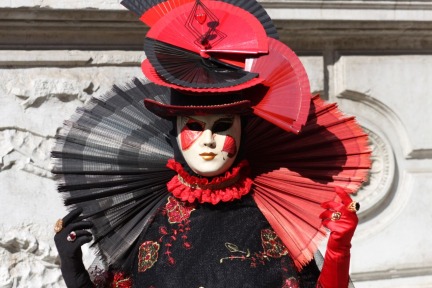 Ginger and Nutmeg booked two nights in a great hotel near Piazza San Marco.  Arrival in Venice was easier than anticipated. There is lots of signage, big car parks and a central arrival point for the aqua-transit system. The vaporetti (water buses) are very efficient. There are multiple routes and destinations available. At a very minimum, every visitor will end up on the #1 or #2 at some point, running in the Grande Canal and Canale delle Giudecca (respectively).  Buy a multi-day unlimited ticket…it took G&N a bit to figure that one out.

After arrival and check-in, they scrambled to make their 14:00 costume fitting appointment but made it.  After that, it was a very slow walk back to the hotel with lots of photo opportunities along the way.  The Ball of the Grand Duke – Palazzo Pesaro Papafava took place on the second night of their stay.  The party was attended by about 80 costumed revellers.  The costumes were elaborate and, in some cases, simply stunning.  The food, entertainment and decorations made for a magical evening.  Then it was all over and Venice started to recover and return to normal for another year. 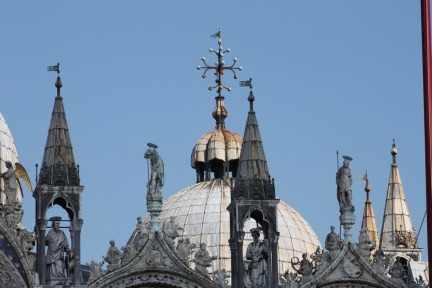 Venice at any time of the year is beautiful, there are endless museums, galleries and historical buildings to engage all types of interests.  Two things that Nutmeg would highly recommend;

You can see the Venice Highlights in galleries (just click).