Almost indescribable, the scent of a fig tree full of almost ripe fruit is a fragrance that is both sweet and earthy. Nutmeg had never had the opportunity to enjoy the remarkable smell of the fig tree, before she spent the summer in Provence. The scent is distinctive, almost arresting in the open air, however, in a closed space can be overwhelming.

The fig tree is often referred to as the Common Fig. It grows both cultivated and wild in most countries that are close to the Mediterranean and in many parts of Asia. Some tree varieties will bear fruit up to four times a year. 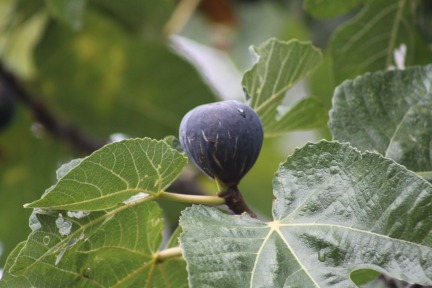 As old as the hills, the fig has been cultivated and eaten by humans since Neolithic times (9400 – 9200 BC). Symbols of the fig and fig leaf are evident in literature, religion and art. The fig leaf often used to characterize modesty by covering private parts.

Most fig tree varieties produce fruit twice a year; a first crop (breva) in the spring and then a second production in late summer. The second harvest is typically larger, and the fruit is of higher quality. The fig season is brief; the fruit is delicate and does not travel well. Fresh figs can be eaten as is; they provide an exceptionally high source of calcium and fiber. Often figs are dried or made into jam due to the rate at which they perish. 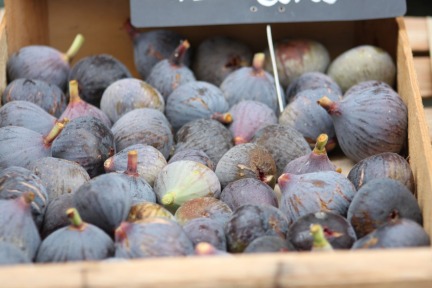 The fig tree does flower, however, the blossom is not visible as it is inverted and develops inside the fruit. Turkey ranks highest in global production at about 26%. Not surprising there is little to no production in Canada, due to the climate.

In the end, the Common Fig is uncommon in its ability to produce more than once in a season, the delicate fruit and the glorious scent of the tree. Nutmeg wishes that she could “bottle” the fragrance for this post. Instead, she hopes you enjoyed the photos and the recipe (below). 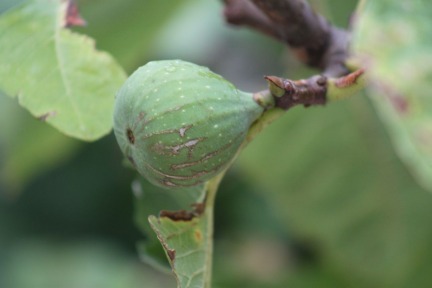 Print
Dried Fig Squares with a Walnut Crust
Recipe type: Dessert or Snack
Prep time:  20 mins
Cook time:  1 hour 15 mins
Total time:  1 hour 35 mins
Serves: 16 squares
This recipe is adapted from one that Nutmeg found in the University of California, Berkeley Wellness Letter in 2009. The crust is much like a shortbread and can be made ahead of time.
Ingredients
Instructions
3.2.2499
Share the love.