Ginger and Nutmeg had been away from Canada for almost 10 months, and they were both experiencing the need for some interaction with their Calgary friends (read: a little too much one-on-one time). That sentiment was not quite strong enough to persuade Nutmeg to book a ticket home, no need to rush from the South of France. However, when they received an email invitation to a small gathering in Florence to celebrate a wedding, they said YES without hesitation, despite the 7-8 hour drive. 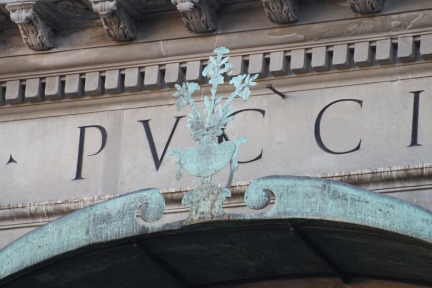 They set out a beautiful fall day to drive to Italy, with Nutmeg daydreaming about the delicious coffee and Ginger trying to determine how many gelato stops he could realistically justify in three days. The small gathering had multiplied as the word got out about this party, in the end there were close to 70 attendees, from all parts of the globe. Why not? Who honestly needs an excuse to go to Florence? But a wedding is certainly a compelling one. 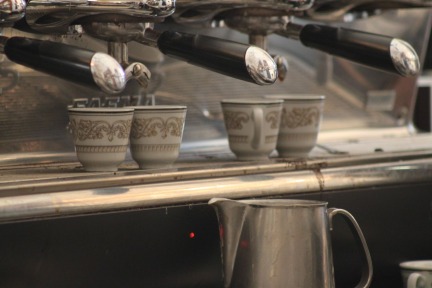 The great thing about historical Florence is that it is a relatively small area, easily covered by foot. Outside of the old section, the city is a bit of a chaotic mess of roads and impatient drivers, drive at your own risk.

There has been recorded settlement in the area since the Romans established a military camp along the Arno River in 80BC. The city rose in importance and influence during the middle ages. The gold florin, the Florentine currency, funded the construction of the papal palace in Avignon and alterations to the Vatican in Rome. Powerful families such as the Medici’s were present in Florence and members of the Catholic Church shaping much of the history of the city, Italy and parts of southern France. 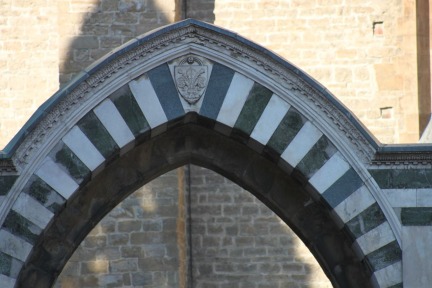 Today, Florence is not quite as dominant, although it remains the capital of Tuscany and the largest city in the region. The city appeals to many tastes; history buffs, art connoisseurs and serious shoppers. Which was perfect for a group of 70 with diverse interests. There was a museum tour organized for the sophisticated artsy types, a bike ride for the sporty folks and enough time for the seasoned shoppers to indulge in the famous Italian brand stores (Florence is the home of Gucci among others).

Ginger and Nutmeg chose the bike ride and some self-guided touring by foot. They made a valiant attempt in three days to visit most of the historical city, the expansive Boboli gardens, the occasional church and two markets. One highlight was the Santo Spirito Organic Market, which only happens the third Sunday of every month. G&N grazed their way through the stands sampling the freebies and buying some fabulous treats, including a crepe made with chestnut flour and topped with fresh ricotta. Yum! 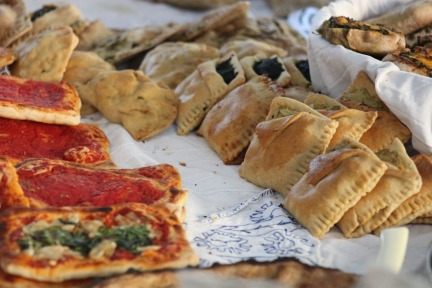 After three glorious days, Nutmeg had her fill of Italian coffee and Ginger was almost satiated with gelato, his top pick was Perche No.

They would like to salute the warm memories of a lovely celebration in Fabulous Florence by sharing the photo gallery, click here.

Do you have a favourite place in Florence?