Fun at the Museum with THATLou in Paris

Treasure Hunts At The Louvre will change your mind. 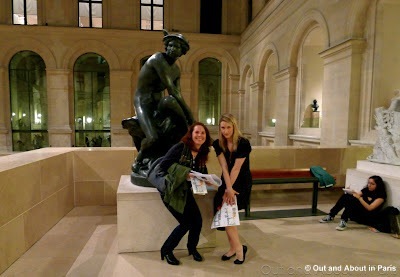 Meet Daisy de Plume a native New Yorker who has lived in Paris for 8 years. She is the Founder + Creative Director of THATLou. With a background in Art History and a past in print magazine editing and writing  THATLou somehow makes sense for Daisy de Plume. You can find her on Twitter, pinterest  and her facebook page. Please read more about her fun company concept below. 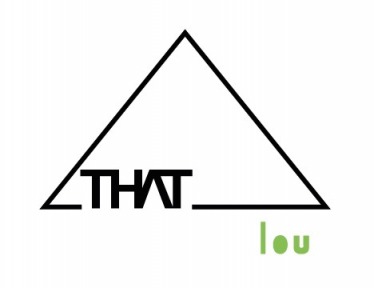 Having started a company that runs themed Treasure Hunts At The Louvre (what THATLou stands for) I’m clearly partial to the grandfather of museums. A palace of 65,000 m² is nothing to scoff at – one would have to walk 14 KM or 8 miles to see it all. It has approximately 30,000 visitors a day. The size and numbers alone is often off-putting or overwhelming to visitors. Henri Loyrette, the director of the Louvre, said that 80% of the people who visit the Louvre go just to see the Mona Lisa. That’s a crime! THATLou’s here to fight that crime…

The idea of THATLou is to give people an overview of the museum, to get participants to corners that they wouldn’t otherwise go (escape the throngs – since 80% of them are going to one room, and one room alone), and to have fun with the museum and art. With such adrenaline pumped, hopefully they’ll want to go back and really look at pieces that caught their eye while they were off trying to win their THATLou prize.

The game is simple. You divide up into teams of 2 to 4 people, are given a list of 20-odd works of art fitting the theme of the hunt, are given the basic rules (no running, no speaking to guards/internet, no separating, etc) and off you go to photograph your team in front of as many pieces of treasure as possible within the allotted time.

Treasure hunters range from the white-haired to kids of 10 years. I’ve done hunts for a surprise birthday for a 40 year old to company fun-days, hen parties of some charming English women here before the bride got hitched to sweet sixteens and family travel. On the first Sunday of the month I have one for the general public, some of which have proven to be mini-UNs (nationalities have ranged from Poland, Ireland, Singapore, China, America, Canada, South Africa, Australia, Spain, Italy, Argentina, Bolivia, etc). I just started the company last April, and think for 2013 I should look into hosting a more regular event in smaller groups, because much to my surprise it’s been a hit with tourists (I had thought the market would be corporate team-building events exclusively and perhaps kid’s birthday parties). Another surprise is that a few couples have opted to play on their own without the group element. 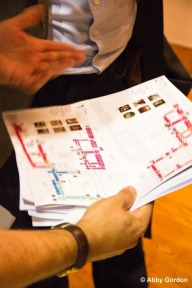 My favourite part of the job is creating the hunts. It involves researching the pieces, considering their location at the Louvre (and placing them apart — ha ha! You must strategize!), then embedding the bonus questions craftily in the text. If the participants type in the theme of their hunt into the blog’s search box articles will pop up. It makes me happy to research the pieces, write about them in blog articles and to think of the beautiful pieces people will see as they go looking for the treasure during the hunt. And for some reason my ideal participant isn’t necessarily interested in art beforehand, but is a competitive soul who wants to win, so they do their homework, they read the blog posts that might apply to their hunt and they come away 1) winning and 2) actually wanting to go back to the museum to see the what they missed!

I feel like it’s one big con-game, trying to get people to feel some sort of ownership of the Louvre, as well as the art, itself. As I was growing up my mother, who was an art historian, force-fed me art. Every Sunday afternoon we had to spend at least a few hours at the Met (in NYC). To keep my interest (and for her own silence – I now realize) she set up a game making me identify Saint’s attributes. If I found a St Lawrence (grill), St Catherine (wheel), St John the Baptist (hirsute) I’d earn 1 cent, 5 cents to identify a scene like The Flight to Egypt, an Annunciation, etc and then I’d have to list the elements that made it such, etc. Having fun with art (or sheer bribery!) is a tool which I guess worked, since I my degrees are in Art History. And it’s certainly a method I’ll use when Storsh is older (my toddler) to whet his interest in art, history and this grandfather of museums.

Are you going to sign up for a Louvre treasure hunt the next time you are in Paris?

When you are in Paris download a copy of this handy GPS guided App for your smartphone with all sorts of self-guided walking options for the City of Lights.