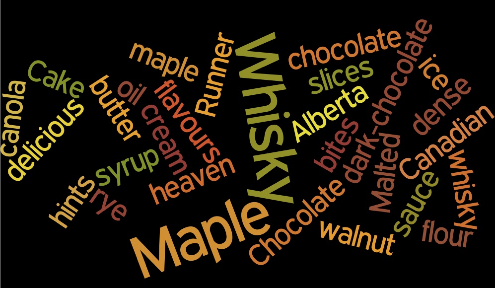 Kamla McGonigal still has her notes from ten years ago when she first envisioned a uniquely Albertan dessert, one that visitors would want to take home and share with others. Her desire was to create a specialty food item like smoked salmon (BC) and maple syrup (Quebec & Ontario) that one immediately associated with the region.

Kamla is a mother, emergency nurse and a beginner drummer living in southern Alberta. There really was no reason to embark on this project in 2003. Her life was busy enough, yet she was fuelled, by this bubbling passion, to create a quality cake. With no family recipe to fall back on, she started from scratch – like all the best cakes. 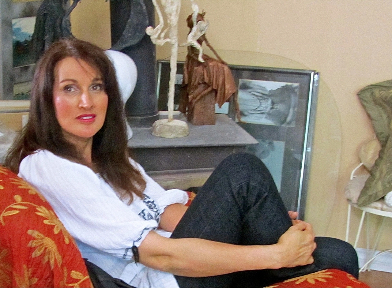 Over a period of four years, Kamla collaborated with some partners on the creation. It needed to be an alcohol-based cake, like a fruitcake, to ensure there would be a long shelf life. The recipe ingredients should be as local as possible and Canadian where practical. The process of recipe development, testing notes and corralling input from family and friends as tasters, would culminate on Wednesday evenings with a meeting to compare their findings. 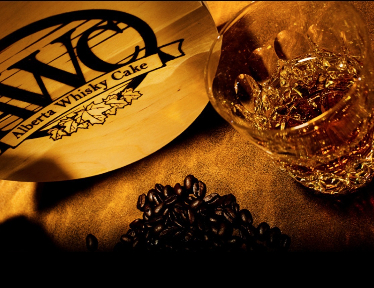 In 2008, Kamla had a tough choice to make, the recipe was close to perfection, but her partners were unable to continue with the project. Drop it or move forward? Kamla describes herself as focused, disciplined, passionate and hard working. 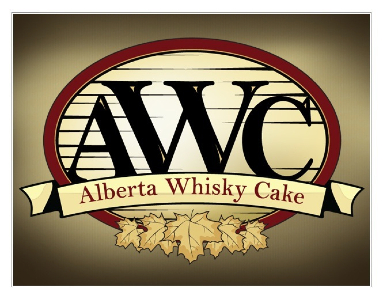 April 2010, Alberta Whisky Cake (AWC), was officially launched with this mission: ‘to produce a world-class product that every Albertan would be proud to give or receive’.

Alberta Whisky Cakes are made with fresh ingredients from a list of quality suppliers: 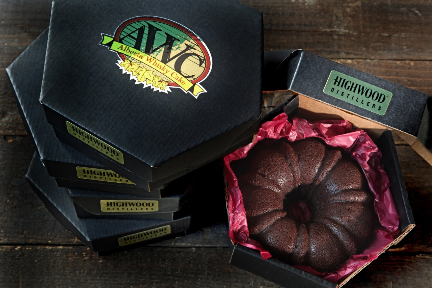 Since Kamla launched her company, she has managed to attract the attention of local food media – they always know a good thing when they taste one! Some of the proceeds from AWC are directed to supporting at-risk youth programs and emerging local artists. Artist cards featuring their work and contact information are included in every cake package.

The June 2013 flood was devastating for so many in southern Alberta including Alberta Whisky Cake. The bakery that AWC uses Katie’s Cakery Bakery located in High River was destroyed. At the time of writing, the best-case scenario for the bakery’s resumption of operations was still 4-6 weeks away. The whisky supplier, Highwood Distillers hopes to re-open in October although the date is uncertain, by mid-August they had already logged 30,000 hours of clean-up work. In addition, AWC lost all of its inventory, packaging and even the bundt baking pans. 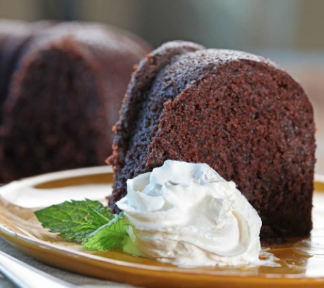 The flood waters have receded, and the hard work of rebuilding is underway, more than ever Kamla believes in her company’s celebration of Alberta’s unique values: solid, bold, rich, authentic and spirited. 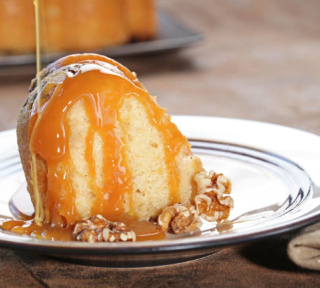 The delicious maple (The Malted Maple) and chocolate (The Whisky Runner) cakes will be available soon enough. And there may even be new flavours in the future too, such as cocktail inspired Whisky Lime (like a whisky sour) and White Lightening (secret spices – with an aroma to drive you crazy).

To order your own Alberta Whisky Cake or just send Kamla a note click here.