A Long Walk on the Camino de Santiago in Spain

“Camino – What colour is your poncho?”

The email arrived in February from Sassafras. She was wondering if anyone might join her to walk a section of the Camino de Santiago de Compostela for a week in May. This lady was not planning to celebrate her milestone birthday at a luxurious desert spa. Nope, she wanted some girlfriends to join her on a long walk. In the end, nine brave (or foolish) gals agreed to subject themselves to her adventure. 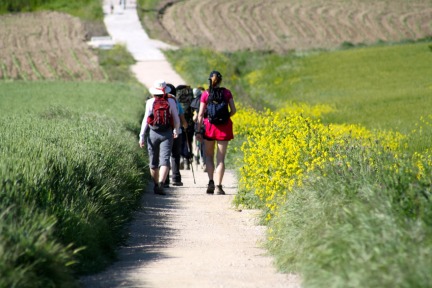 This ladies trip started with a few emails concerning details like where to fly into. As the departure date approached, the frenzy of correspondence focused primarily on what to pack. What footwear? Warm clothes? Sunscreen? Rain gear? The challenge was the selection of clothes had to cover all possible weather conditions AND fit in one bag.

The dates were booked; one of several route options had been chosen, the hotels reserved and other travel logistics nailed down. However, the weather was beyond control, even for a posse of successful women. 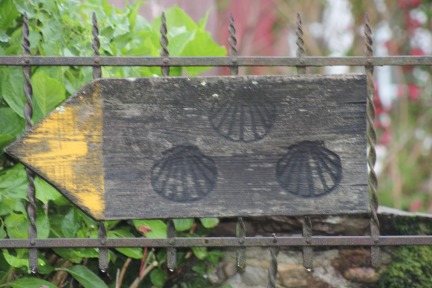 Nutmeg’s group chose to walk the traditional Camino Francés, which starts in France in St Jean Pied de Port and crosses the Pyrenees into Spain. The ladies arrived in St Jean on a damp afternoon. Their first stop was the Pilgrims office to collect their passports and get the first official stamp reflecting the beginning of their Camino march. Next up was to make sure they had enough food for the following day, as resupply options along the route were limited. 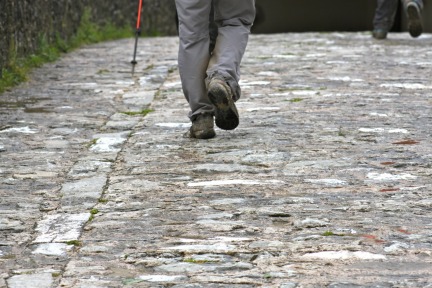 Misty rain, rainy rain, foggy rain, heavy rain and snowflakes pretty much describes the first day and first 28km. Arriving in the hamlet of Roncesvalles was particularly welcomed at the 6 1/2 hour mark. Warm showers, a late picnic lunch and a bottle of local wine washed away the misery of the day.

Somewhat warmer and drier the ladies headed to the Collegiate Church of St Mary for the mass and traditional pilgrims’ blessing. It is difficult to be certain, but Nutmeg believes that most travellers present were praying for a drier journey.

Day two greeted the ladies with torrents of rain. There are remarkably few photos from their journey from Roncesvalles to Akerreta. The group had collectively wet feet within moments of their departure with 6 hours still to go. Needless to say, it was a day to be endured not necessarily enjoyed, best described as a slog. The group arrived at their destination by mid-afternoon and was thrilled with the small hotel, the wine and dinner.

The next morning dawned silent. The deluge began only as the group departed the hotel. Blessedly, the precipitation did not last, and there was some even fleeting sun. Nutmeg’s group encountered a touching welcome to Pamplona, from Juan, a 75-year old who did not believe directions would suffice instead he insisted on providing an escort all the way to their hotel. The ladies headed out for a lunch of Pintxos followed by a visit to the Pamplona cathedral. 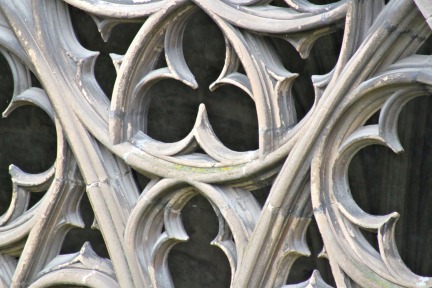 Nutmeg’s heart almost stopped when she saw water on the ground outside the hotel the next morning. Thankfully, it was from the effective Pamplona street cleaning team and not rain showers. The day was cloudless and although the temperature rose steadily as the group covered 21km, there were few complaints. It was finally, safe to take cameras out of waterproof bags. The vistas of fields of oats, glimpses of red poppies and snatches of yellow canola created a magnificent backdrop. The Pilgrims monument at the hilltop Alto del Perdón was certainly worthy of a few extra photos. 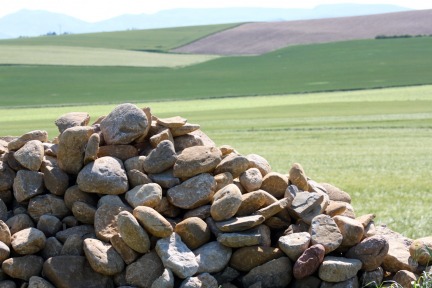 Happy and sweaty they arrived in the town of Puenta la Reina. This village has a few cobbled streets, some mildly intriguing stores and of course the “Queen’s bridge”. After a brief site-seeing tour, the ladies had plenty of time to sample the local wine and congratulate each other on completing another section.

Day five another cloudless day with a 24km journey ahead the ladies started early. Besides, there was no point in lingering over the mediocre breakfast buffet. The temperatures were a significant change from day one, layers no longer an issue, consuming enough water became the focus. The Camino trek for the gals had changed from one of simply endurance to appreciation of historical sites and local flora. Their station stop was Estella, which offered shopping opportunities and large terraces for re-hydrating with the local “grape” juice. 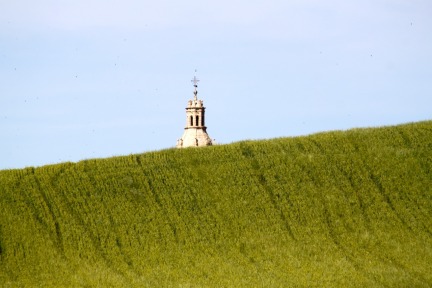 Although, the route notes for day six indicated that much of the walk might be tedious, the vistas were remarkable and worthy of many photo-ops. Finally, it was safe to ditch the $2 ponchos. The crew spent their last evening in Logrono with many laughs about their week.

Their pilgrim passports partially filled with stamps, a minor section of the Camino complete, the ladies vowed to return and admit they were happy to be “Princess Pilgrims”. To see more photos click here.