It seems odd that this village was not named “les beaux” (the beautiful).

Impossibly perched on a plateau straddling a rocky peak of les Alpilles, the castle and hamlet of les Baux de Provence does deserve its title as one of the “Most Beautiful Villages in France”.  The revived town site offers visitors sweeping views of the stone crags, a valley filled with plains of olives and rows of grapevines and in the distance the Mediterranean. 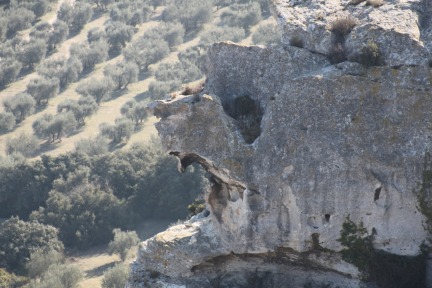 However, les Baux is not in reference to good looks.

“Balcium Castrum” was a settlement identified in 10th century texts, descendants of a local lord used Les Baux as their surname. Baou in Provencal means rocky cliff and Bauxite was discovered nearby.

The strategic position clearly once offered both protection and an observation post for its inhabitants, as early as prehistoric times. This becomes evident as one climbs the narrow, cobbled streets and scales the rough stone steps to ancient watchtower positions on the fortress walls. 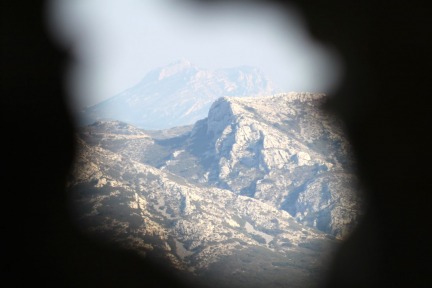 The limestone outcrops provided a natural form and abundant construction material for early shelters and a future wartime garrison. The 13th century was one of expansion of the old fortress with lodging for over 3000 nobles and peasants.

The middle ages were a time of expansion and turmoil. The Baux family wealth had grown over the centuries their lands or “Terres Baussenques” encompassed some seventy-nine towns in Provence, reaching as far as Italy. Battles ended with the “Terres Baussenques” were converted to Crown lands by King Louis XI, and the bastion was destroyed. 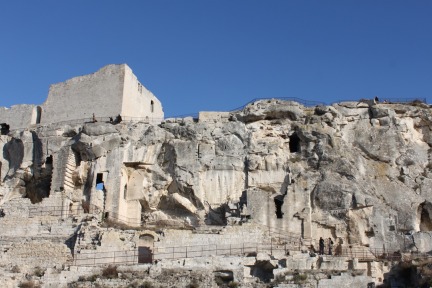 The Renaissance allowed for some reconstruction of the fortress. However, in 1631 fighting related to the royal decree to disband the legislative power of Provence ended in the destruction of the citadel. The Grimaldi family was “thanked” by King Louis XIII in 1642 for supporting the Crown, and conveyed the title of Marquis des Baux. The current titleholder (administration is by the French state) is Prince Albert of Monaco. 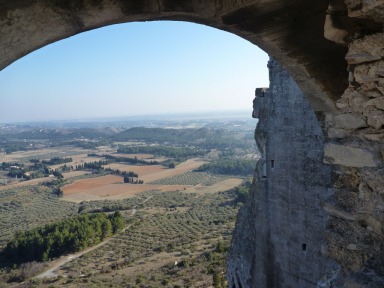 The old castle was abandoned and left to deteriorate. Rebuilding work under the direction of the Ministry of Culture and the Environment began in the late 1960s. Today, the village is a significant tourist attraction with busloads arriving daily to wander the narrow streets, dine on sunny terraces and climb what remain of the old walls of the fortress.

What is your vote, should it have been called Les Beaux?