A-Z for Beaune’s Legacy of Wine and Charity

The Gallo-Romans should be thanked for introducing grapevines to Burgundy, now part of France. Religious orders of monks dedicated years of effort to clear heavily forested land and rid rocky soil of stones. A reputation of fine wine production was established by the 14C and continues… 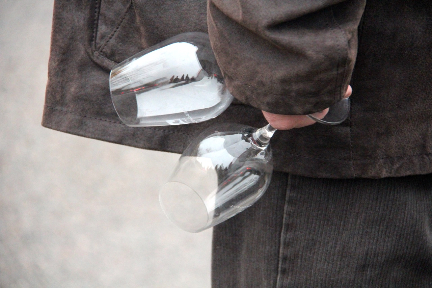 Nicolas Rolin a prominent figure from the region was Chancellor to Duke Philip the Good. Nicolas worked to promote the best interests of his boss and markedly influenced the reconciliation of Burgundy within France (separation from England). An era of utter misery and poverty, M. Rolin and his 3rd wife Guigone de Salins, established the Hôtel-Dieu (Hospices de Beaune) in 1443, a healing refuge for the sick and poor. 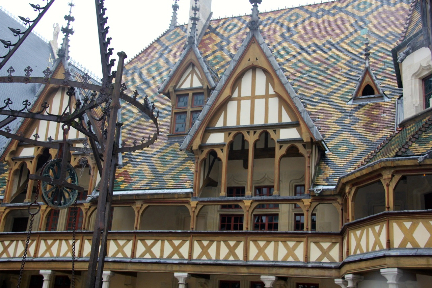 Since 1859, a wine auction takes place on the 3rd Sunday in November to raise funds for the Hospices de Beaune, one of the most famous charity events in the world. The weekend of the auction is a time to head to the streets and cellars of Beaune. Market stands and restaurant terraces are filled with revellers of all ages enjoying a carnival atmosphere. Aromas fill the air, fragrant tomme and comté cheeses, sticky-sweet beer nuts and nougat, garlicky escargot and fried frog’s legs – it would be difficult to go hungry. Famous wine cellars open their gates, an occasion to sample the nectar of the region.

Are you considering lifting a paddle to bid on a barrel?

Appellation is a geographic area where grapes are grown a legally established indication to protect local producers.

Beaune once a walled city is blessed by fortunate agricultural location and considered the wine capital of Burgundy.

Cuvée is often seen on wine labels, the term can be confusing as the French word cuve means vat. During the process of wine making, the liquid is stored in tanks for a period.

Domaine des Hospices de Beaune represents the vineyard parcels that have been donated over the years to the Hospices a current total of 61 hectares or roughly 146 acres. 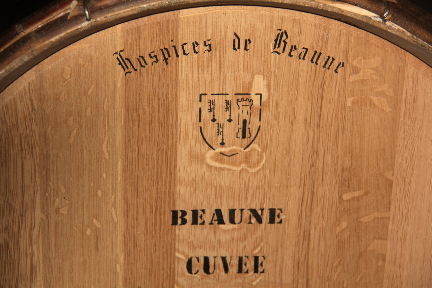 Élevage is the act of maturing wine or bringing it up to a level suitable for enjoyable drinking.

Gougères are small choux pastry made with cheese, very typical of Burgundy and delicious with a glass of wine.

Hospices de Beaune was operational for 520 years; it is now a museum. 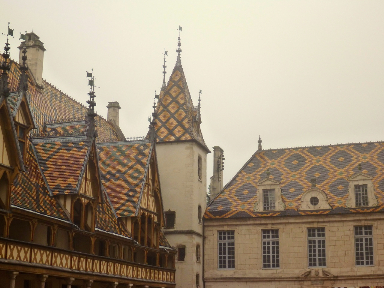 Indicators – wine tasted from the barrels before the auction is young, the pros search for clues from the liquid such as nose, colour and flavour.

Jambon Persillé is a terrine of ham in gelatin, a French variation on aspic that is surprisingly tasty.

Kilos of grapes per hectare vary by year.

Lot – barrels at the auction are sold in groups of up to 9, the successful bidder is given the option to purchase as many as they want within what remains of the series.

Marc de Bourgogne is a fortified liqueur made from the residue after grapes have been pressed. Aged in oak barrels, Marc resembles grappa in its potency.

Négociant is a wine merchant who acts as a consolidator for small growers. The amassed grapes are then produced and bottled under the name of the négociant.

Oak barrels or fûts de chêne are essential in the wine making process, adding subtle or strong aromas and tastes depending on the length of time that the juice remains in contact with the wood. French oak generally imparts more subdued qualities to the wine.

Premier Cru – the word cru translates into “growth”. In Burgundy, the wine is classified to indicate where it is grown in the valley. The villages wine is literally from the hamlet level and typically the lowest quality. High grades are 1er Cru, the first growth, and Grand Cru the highest quality.

Queues – expect a few lines this weekend to access caves, the auction and other popular events.

Ramparts are the ancient walls of Beaune.

Sœurs Hospitalières an order of nuns was established in 1459, to run the Hospices and take care of the sick. 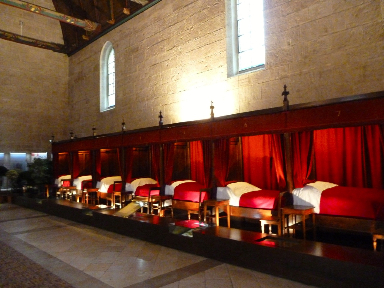 Tasse à vin is a small metal cup, used by professional tasters, to assess the qualities of the wine. Antique versions are made of silver.

UNESCO – Burgundy is a candidate for a World Heritage designation to recognize the unique features of the geography, soil and climate, you can find out more here. 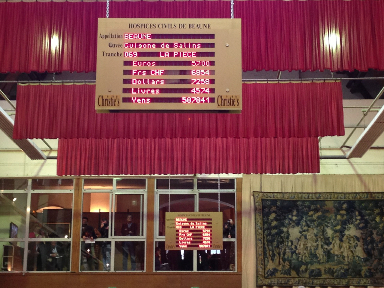 Whiskey from Burgundy – produced by Michel Couvreur a Belgium-born négociant who imports Scotch whisky and ages it in sherry casks.

X – export markets for French wines are increasingly dominated by Russia and China. More than 50% of the annual production is exported.

Y – Cuvée Charlotte Dumay is the wine that is typically auctioned by a recognizable public figure. The original donation of this land was a gift to the Hospices in 1534.

Z – Bouzaize – the name of the small stream that runs through Beaune.