Ginger and Nutmeg are children born in the early 1960’s, sheltered from the difficulties of the two World Wars; they did not recognize the name Jean Moulin, when they arrived in France.

Sure, their school history classes covered the wars in some detail. They have grandparents and parents who were certainly impacted by the hardships of those dark, uncertain days. On Nutmeg’s paternal side, the whole family was uprooted, and they relocated to a foreign land. The scarcity of food and other products from that time has instilled a steady habit of reuse, recycle and do not waste. 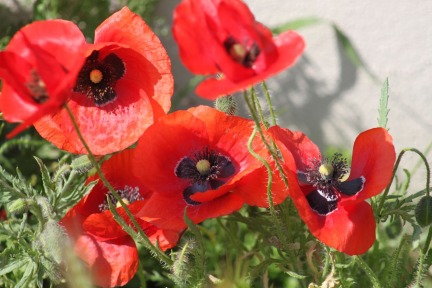 However, as the products of a Canadian school system, which provided only a high-level overview of the war days, the name Jean Moulin was not familiar. Ginger and Nutmeg have covered many kilometres on the roads of Provence, where it is difficult to avoid the Route Jean Moulin signs along the local by-ways. 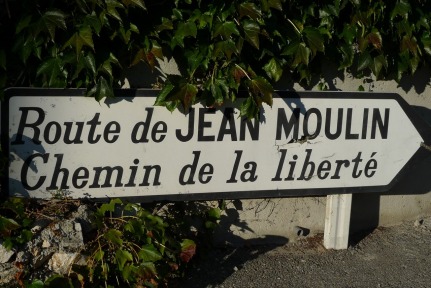 Who was he? Jean Moulin was a key individual in the French Resistance movement. He was born in the town of Beziers, in the Languedoc. This area of France is a peaceful place these days. In the years, when Jean was growing up in the region, it was far from tranquil, with the effects of WWI (the region was a key supplier of food and wine for soldiers) and then the Spanish Civil War.

Jean entered into politics between the two World Wars and quickly rose to a senior level as préfet, the youngest in France in 1937. Whether it was his notoriety or a desire to get involved, one thing led to another he accepted the almost impossible role to attempt to unite five disparate resistance groups. Jean Moulin took on this responsibility in September 1941 after a meeting with General Charles de Gaulle in London. He parachuted back into France under the cover of darkness on January 1, 1942 and began his work.

With some success, he managed to combine three of the movements together. More secret meetings and instructions followed.  The united party was called the Conseil national de la Résistance (CNR), the first official meeting occurred on May 27, 1943. Shortly afterwards, on June 21st 1943, Jean Moulin was arrested and detained by the German Gestapo. He was interrogated and tortured, dying on July 8, 1943 en-route to a German camp. Many questions remain unresolved today:

Regardless, of the answers the name Jean Moulin is extremely well known to all ages in France, as a celebrated war hero.  Ginger and Nutmeg are now a little more educated and a lot more respectful when they see the signs. Take a moment to reflect on his reckless, bravery. 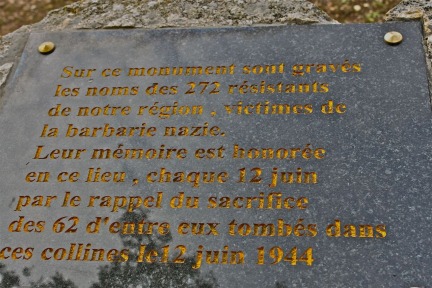