Early Canadian pioneers gathered around rough-cut wooden tables and huddled near to their wood-burning stoves while arctic winter winds blasted outside their timber doors. As they sat in their rustic kitchens, in 1922, they might have turned on the radio to listen to what is now known as the Canadian Broadcasting Company/Radio-Canada (CBC). 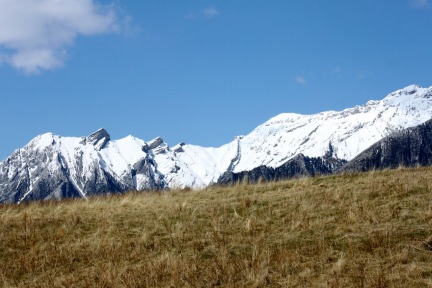 Canada was a young country it had celebrated its first birthday on July 1, 1867. The radio brought news, popular culture and music into Canadian homes. In some parts of the country, it was possible to tune into American radio stations. Our forefathers would have none of that U.S. culture infiltrating the still maturing nation and sought to protect the innocent ears of the Canadian population. In 1928, a Royal Commission (the Aird Commission) recommended that a “nationally owned company to operate a coast-to-coast broadcast system and in 1932 the Canadian Radio Broadcasting Commission (CRBC) was created.” Source: CBC Radio History 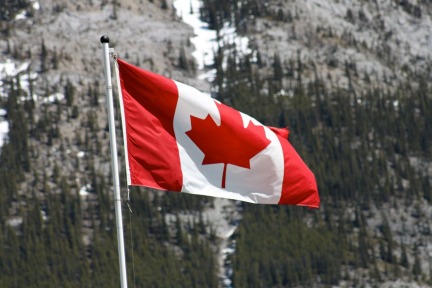 Fast-forward to 2014, when dissemination of topical stories has to be instantaneous (or better) as no one wants to wait around for the six-o’clock news, when they can get it on their phone now. The CBC has evolved into a multi-media broadcaster utilizing social media, podcasts and traditional platforms to get the latest news out to Canadians around the world.

Needless to say, Nutmeg was flattered and surprised when Jennifer Warren a Content Editor for Canada Writes at CBC reached out to her. 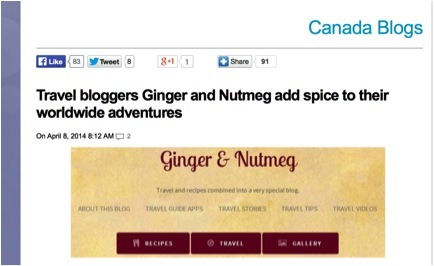 Canada Writes is CBC’s hub for original writing in Canada, a platform to celebrate many diverse forms of writing. The team at CBC has recognized that blogging is one crucial way in which Canadians are putting their worlds into writing, bringing their particular experiences, challenges, interests and passions to life and to the online universe. Canadians are running blogs that create communities worldwide — literally uniting and mobilizing people through good writing.

Canada Writes is also the home of the CBC Literary Prizes, with three categories: Short Story, Creative Nonfiction, and Poetry.

Jennifer’s job is to create content to mobilize and unite Canadians around writing. She works online and cross-platform on CBC Radio to get the word out about Canadian talent. Jennifer and her colleague, Mr. Christopher DiRaddo, began the “Canada Blogs” series in late 2013.

Here is a link to the feature that Canada Writes did on Ginger and Nutmeg. We are forever grateful to our loyal readers for encouraging us to keep posting – thank you all for your comments we love them all!