Marseille has managed to improve its image in the last few years, from seedy French port to European Cultural Capital in 2013. A financial infusion of several hundred million Euros did a lot for cleaning up the heart of the tourist area and expanding the city’s museums. The last major infrastructure project of this magnitude in Marseille was the post WWII reconstruction of the Vieux Port and le Panier district. 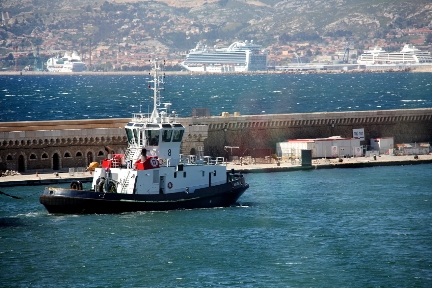 Marseille’s cultural transformation has been significant, including the recently renovated Palais Longchamp home of two galleries the Natural History Museum and the Musée des Beaux-Arts.

Despite its name, the Palais Longchamp was never a palace or even a private residence. The structure is an architectural folly, which was built to celebrate the arrival of water to a city that was perennially plagued with drought conditions and health epidemics, despite or as a result of, being situated on the Mediterranean coast. 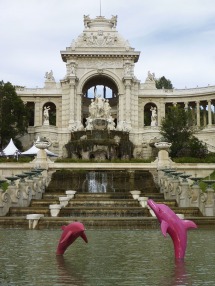 The coastline always played a significant role in the development of Marseille or Massilia as the Greeks called it in 600 BC. Marseille was quickly established as a significant trading post for the Greeks and then for the Romans. The port and booming settlement created a perfect breeding ground for the bubonic plague. Sanitary systems were at best lacking or simply non-existent, the majority of the population lived in a sardine-can of squalor. The plague first hit Marseille in 1348-61 and then again in the 16th century. However, it was the re-occurrence in 1720 that is said to have killed 100,000 people. A cholera outbreak in 1835 added to the city’s misery.

Elegant white columns effortlessly merge the east and west wings of Palais Longchamp. This graceful semi-circle of white columns surrounds a large water feature called the chateau d’eau. The result is an elaborate gleaming, stone symbol that Marseille would rise above the misery of her past. 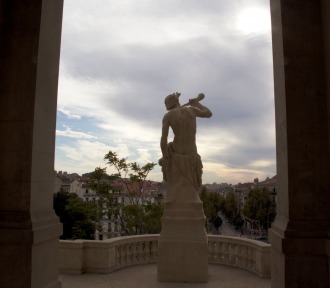 A canal project was envisioned to resolve these persistent issues. Construction on the inland waterway (80km long) began in 1839 and was finally completed in 1869 with the arrival of water from the Durance River via the Canal de Marseille. 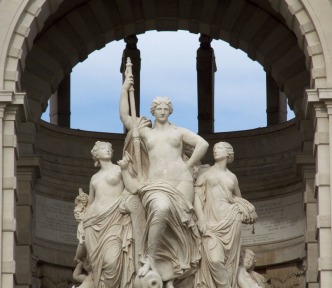 The chateau d’eau or water castle is aptly named. Water cascades from a stone grotto, through basins on differing levels, past four Camargue bulls pulling a chariot, nymphs, and three women who represent the Durance River and the agricultural fertility of the region; vines and wheat. 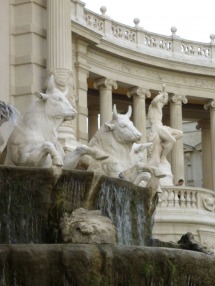 At the summit of the graceful central staircase, just beyond the cascading water feature is a large public green space, Parc Longchamp that opened in 1869. This garden is included on the list of notable Gardens of France.

Despite all the recent improvements and additions to Marseille’s cultural attractions, you can be guaranteed that a scorching summer day means the arrival of at least one cruise liner into the docks. The Vieux Port and other seaside attractions are easy magnets for day-tourists and others to wander. Palais Longchamp offers some respite from the maddening crowds, physically distant from the water’s edge you are able to visit the relatively non-crowded galleries or simply rest on the grassy lawn and soak up the watery background noises. 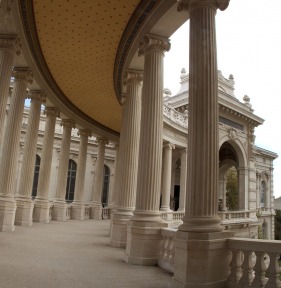