The Next Era for Marseille’s Fort Saint Jean

Salty cobalt-blue waters of the Mediterranean slip into the Port of Marseille under the careful watch of two stoic limestone sentries, Fort Saint-Jean and Fort Saint-Nicholas. In 1660, King Louis XIV ordered the construction of Fort Saint-Nicholas and the reinforcement of existing structures at Fort Saint-Jean. The justification for these monumental building projects was to improve the defense capabilities of the old port. The reality was likely more a show of military force to encourage calm among Marseille’s rebellious citizens than against the threat of external attack, the forts’ cannons faced the city.

The two forts were constructed some 200-years too late, following a turbulent medieval period, a time when a hefty, metal chain was the port’s only visible protection against intruding forces. On November 20th 1423, the King of Aragon’s mercenaries severed the sturdy links and sailed the “prize” back to Spain with the news that Marseille had succumbed. The chain remains in Valencia’s cathedral to this day. 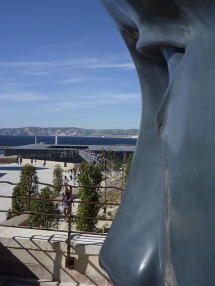 Fort Saint-Jean was built on the site of a 12th century command post, established during the crusades, by the Military Order of the Knights Hospitallers of Saint John. Over subsequent centuries, the sturdy walls of Fort Saint-Jean were repeatedly slapped by gusts of military unrest. 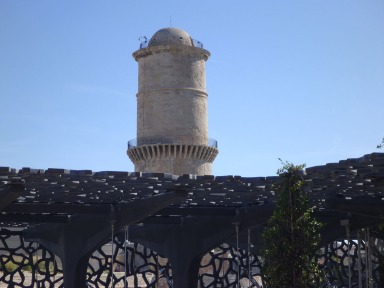 During the French revolution, in 1790, an unruly mob decapitated the commander of the Royal Garrison. The French Army used the fort as a final clearing centre for French Foreign Legion members headed to North Africa from 1830 to 1962. In World War II, the Germans occupied the fort and used it as a garrison. In 1944, as Marseille was being liberated the munitions stored in the fortress exploded destroying much of its historical framework – a crushing blow.

Following years of neglect the fortress was declared a French historical monument in 1964, some reconstruction work was undertaken until 1971. However, only recently was a major remodel completed, in time to celebrate Marseille’s 2013 Cultural Capital status. Fort Saint-Jean has shaken off centuries of military rigor and literally opened its arms to the city.

On a tranquil sunny day, Mediterranean waters caress the fortress walls as pleasure craft move in and out of the vieux port, and sunbathers soak up the Provencal rays on lounge chairs scattered around the fort’s walls. Visitors can stroll through the Garden of Migration a 15,000m open-air “museum” featuring regional plants and trees. The olives, lavender, grapes, herbs and grasses tell an earthy tale of how Provence and Marseille were shaped over centuries by the cornerstone of agriculture. The next era for Marseille’s Fort Saint Jean has started, one of more leisurely pursuits. 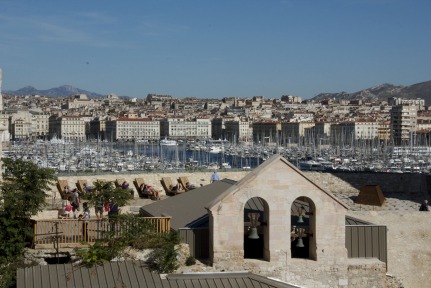