Ansouis at Provence’s Crossroads in the Luberon

This village first appears in written record in 963 AD, in reference to Lambert de Reillane who donated Ansoye lands to the Abbey of Saint-Pierre de Montmajour. This land in the Aigues valley belonged to his grandfather Foucher de Valensole. 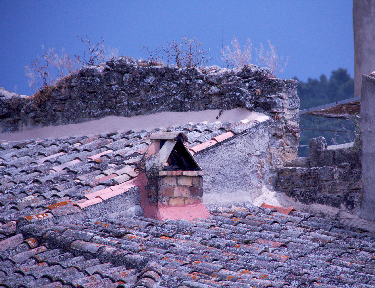 Ansouis is perched on a craggy outcrop, in the heart of intertwined vineyards and endless olive trees. Where village inhabitants enjoy expansive views of the Grand Luberon range and the Durance River valley. Physically elevated above the main route between Aix-en-Provence and Apt, the hamlet and its fortress, were provided visibility to movement in the area during the Middle Ages. Heavy stone defensive walls allowed some minor comfort for inhabitants during those turbulent years. 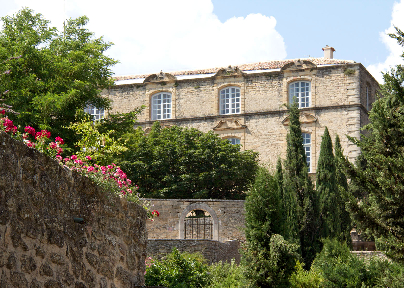 Chateau d’Ansouis has a dungeon. Its foundation, once a Celtic-Ligurian stronghold, was used to construct a military outpost and eventually a bastide for several generations of the Sabran family. Alterations were made to the castle during several phases between the 12th and 17th centuries. The Chateau d’Ansouis changed hands in 2008 after almost 1,000 years within the Sabran clan; it remains open to the public for guided visits. The building itself although not architecturally stunning is worth visiting for the view of Mount Sainte-Victoire from the terrace. 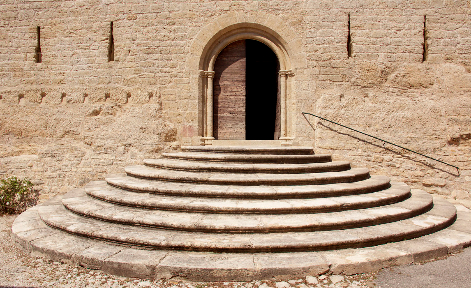 The exterior of the Ansouis church, an imposing wall of creamy stone does not even hint at the treasures inside the commanding entry. The church known as St. Martin dates from the 12th century. Once your eyes adjust to the interior lighting take note of the painted walls, crystal chandeliers and wooden panels. 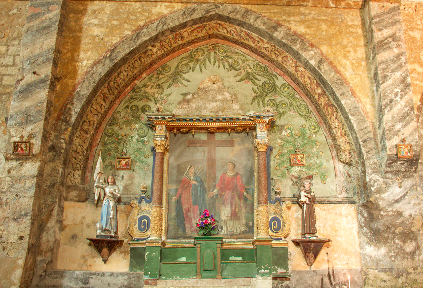 Ansouis is a quiet community with a population that hovers around 1,100. Tiny ruelles, hidden terraces and unexpected viewpoints offer all the charm of other villages in the area with the bonus of surprisingly few tourists. 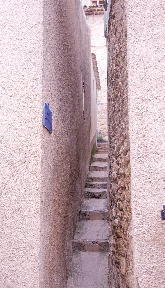 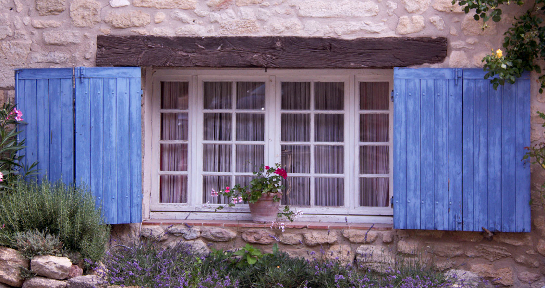