Nutmeg’s family was visiting the California Desert for the first time in many years. On previous trips, they had ventured as far as a few sand traps and into the rough vegetation on the other side of out-of-bounds stakes at the golf course. This time, Nutmeg’s plan was to limit potential frustrations found on fairways and putting greens and introduce the group to the dusty dunes and hardy flora of the Coachella Valley.

Luckily in the Palm Springs area there are many alternatives for escapes into the desert from self-guided hiking to warden-led exploration, to guided vehicle tours. You can read her previous post here.

Nutmeg assessed her groups’ boredom threshold and level of interest in hiking in 90F heat and determined that a tour with Desert Adventures was the perfect solution. The company has a relatively new tour called Wind and Water Adventure – it sounded perfect for two engineering oriented men. 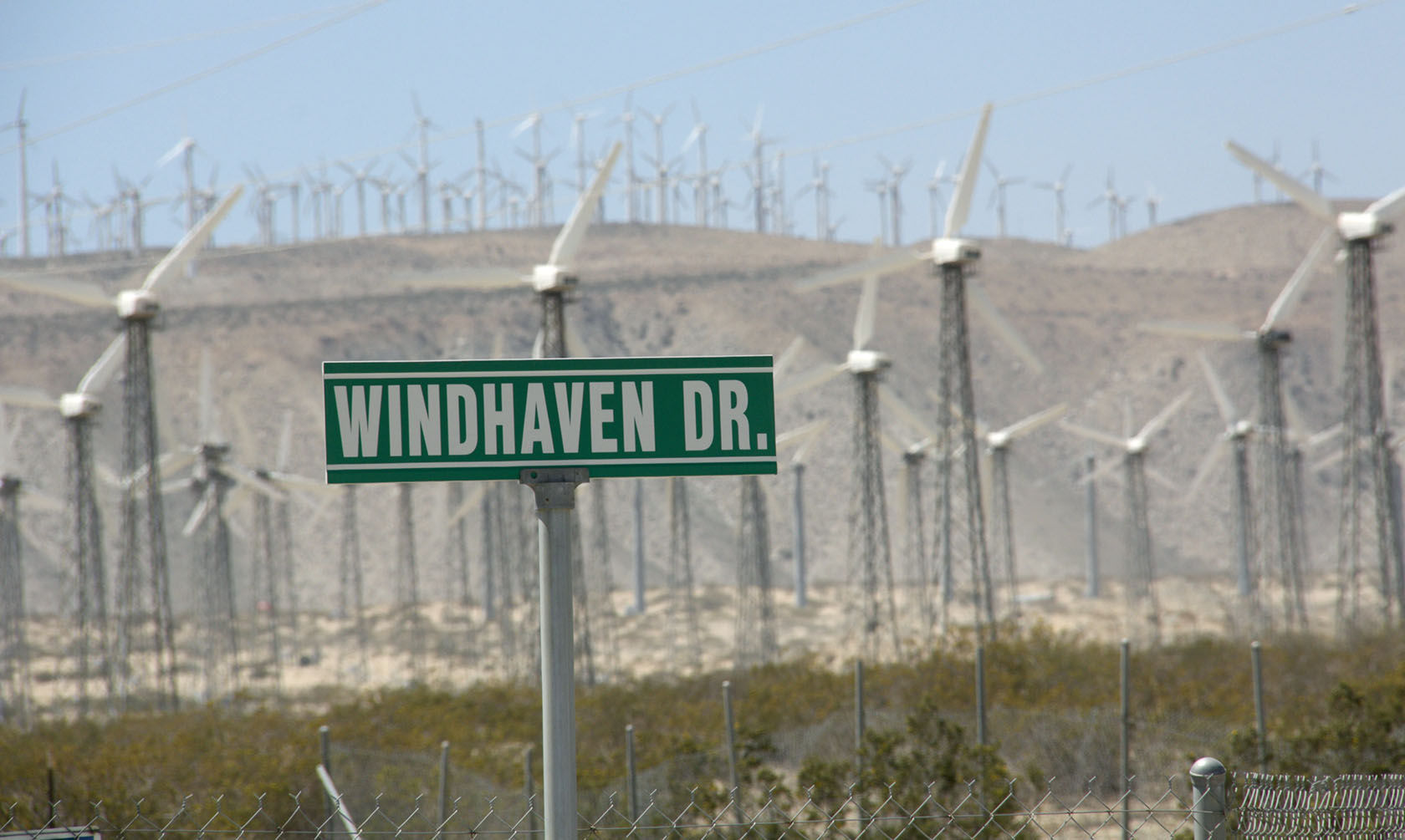 Nutmeg had told her group their tour would be in a red jeep, when a white passenger van showed up at the allotted time she thought there might be a revolt. Russ Augustine their guide for the afternoon explained that everyone would be much for comfortable in the panel van as there was a bit of highway travel during the tour. 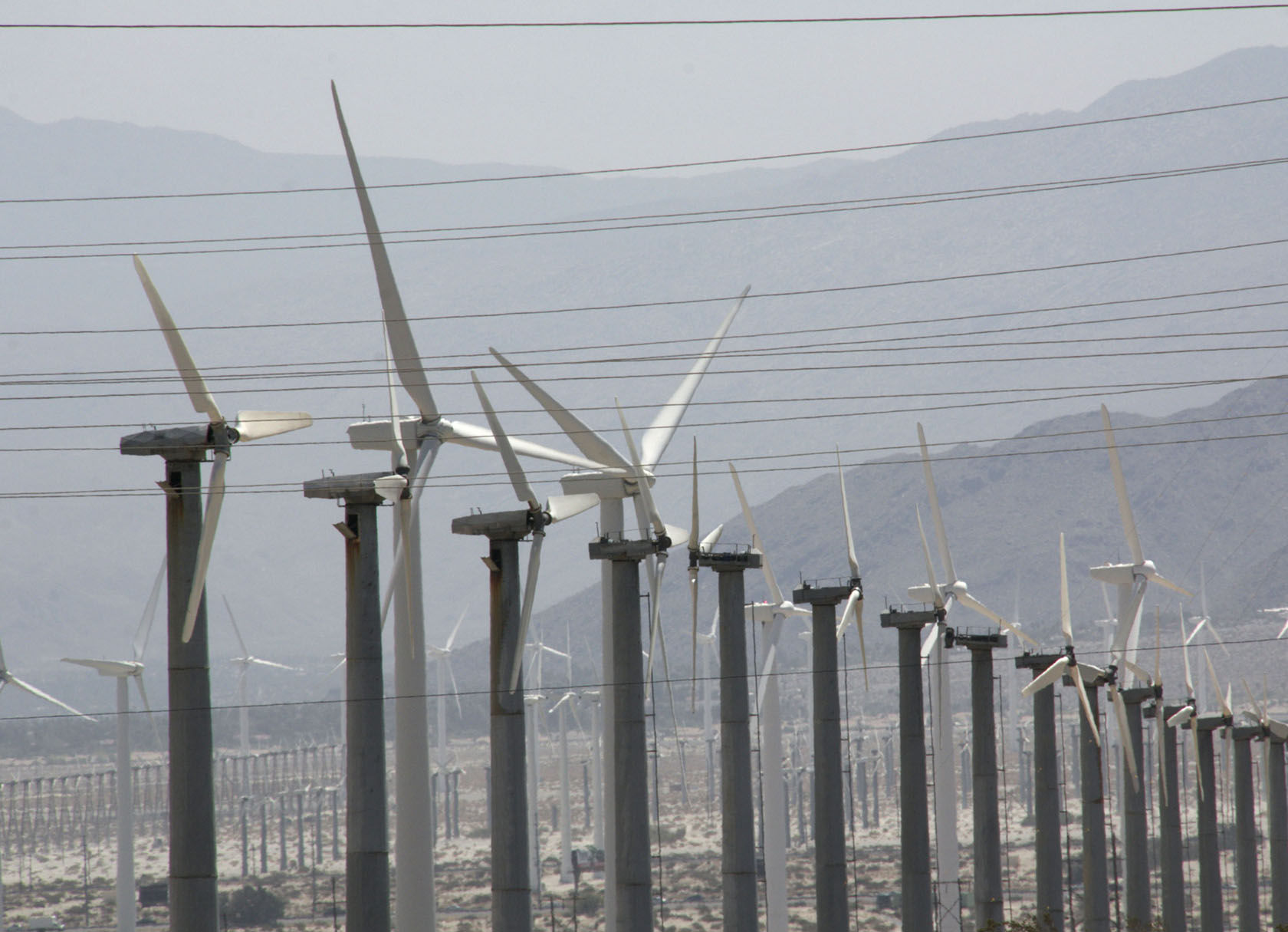 The group was quickly convinced as the van approached the windmill field west of Palm Springs where fine sand was blowing across the concrete roadway with the same disorienting effect as drifting snow on a stormy winter day. Russ confirmed that the gritty air could easily strip paint, scratch windscreens and generally cause rapid deterioration to the exterior of any vehicle.

It would be impossible to miss seeing the windmills at the west end of the Coachella Valley. Until you have the opportunity to drive up to the base of some of these wind turbines, your perspective may be skewed. At first glance, it is obvious that there are lots of turbines, but there are, in fact, some 2,500 in running order. The turbines range in size and functionality as they have been installed over a 30-year period starting in the early 1980s.

The largest of windmills are giants valued at about $10 million USD each. Once installed their metal trucks reach skyward topping out at 450 feet. These mega-turbines are secured to the ground by 32 truckloads of concrete. Each blade can stretch to the 50-yard line on a football field. The ‘brains’ of these wind power factories are the control centres (or ‘garages’) that weighs 35-tonnes. Each turbine can produce 3.6 megawatts of electrical power. 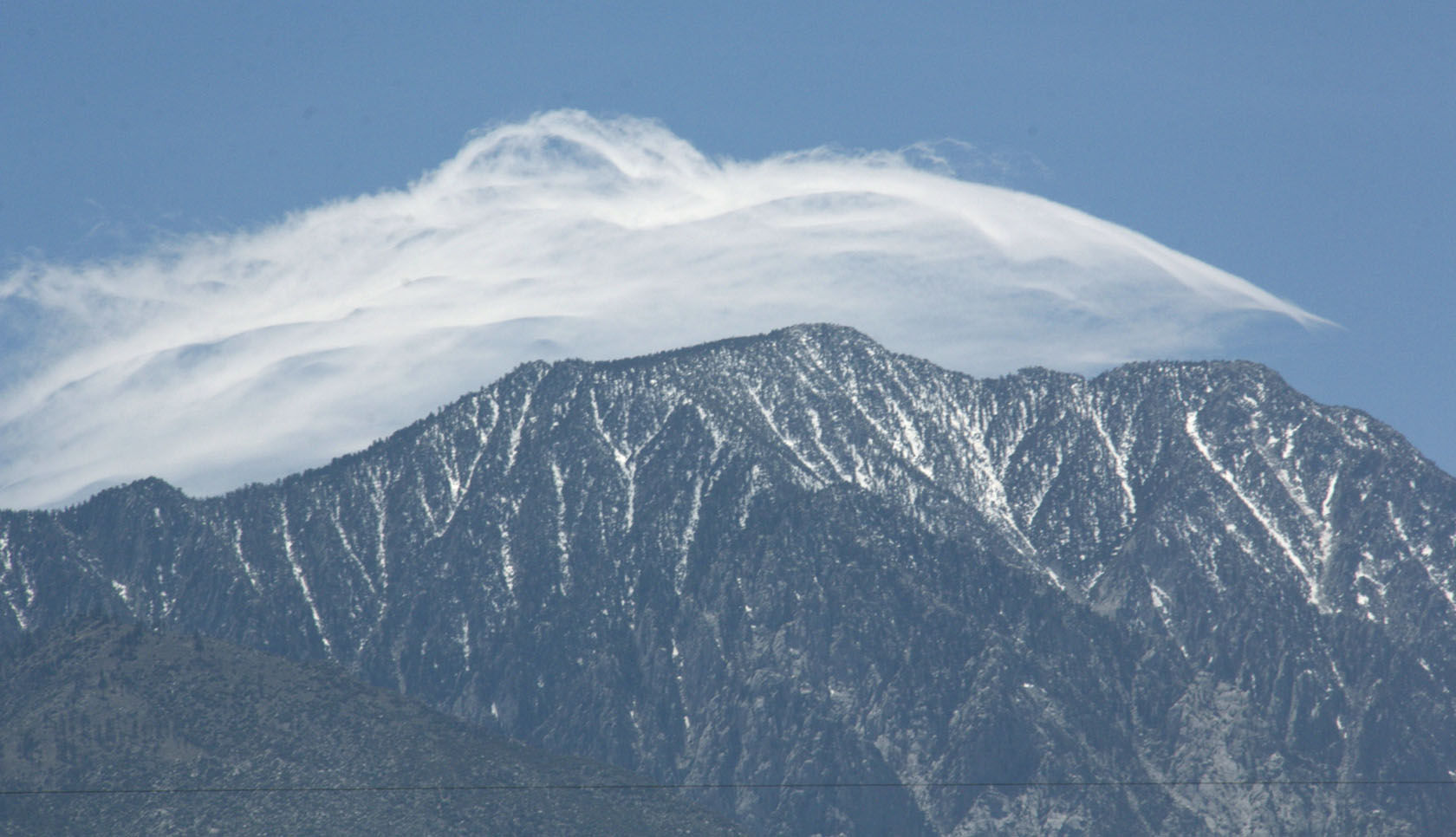 Here, the tour switched its engineering lens to a more natural focus. Just to the west of the turbines is the Whitewater Preserve with its river, trout farm and over 2,800 acres of accessible wilderness and hiking trails. Whitewater is part of the proposed 134,000 acre Sand to Snow Conservancy. This park was previously used for cattle ranching and was a spartan stage stop along the dusty Bradshaw trail (the Gold Road) in the late 1800s. 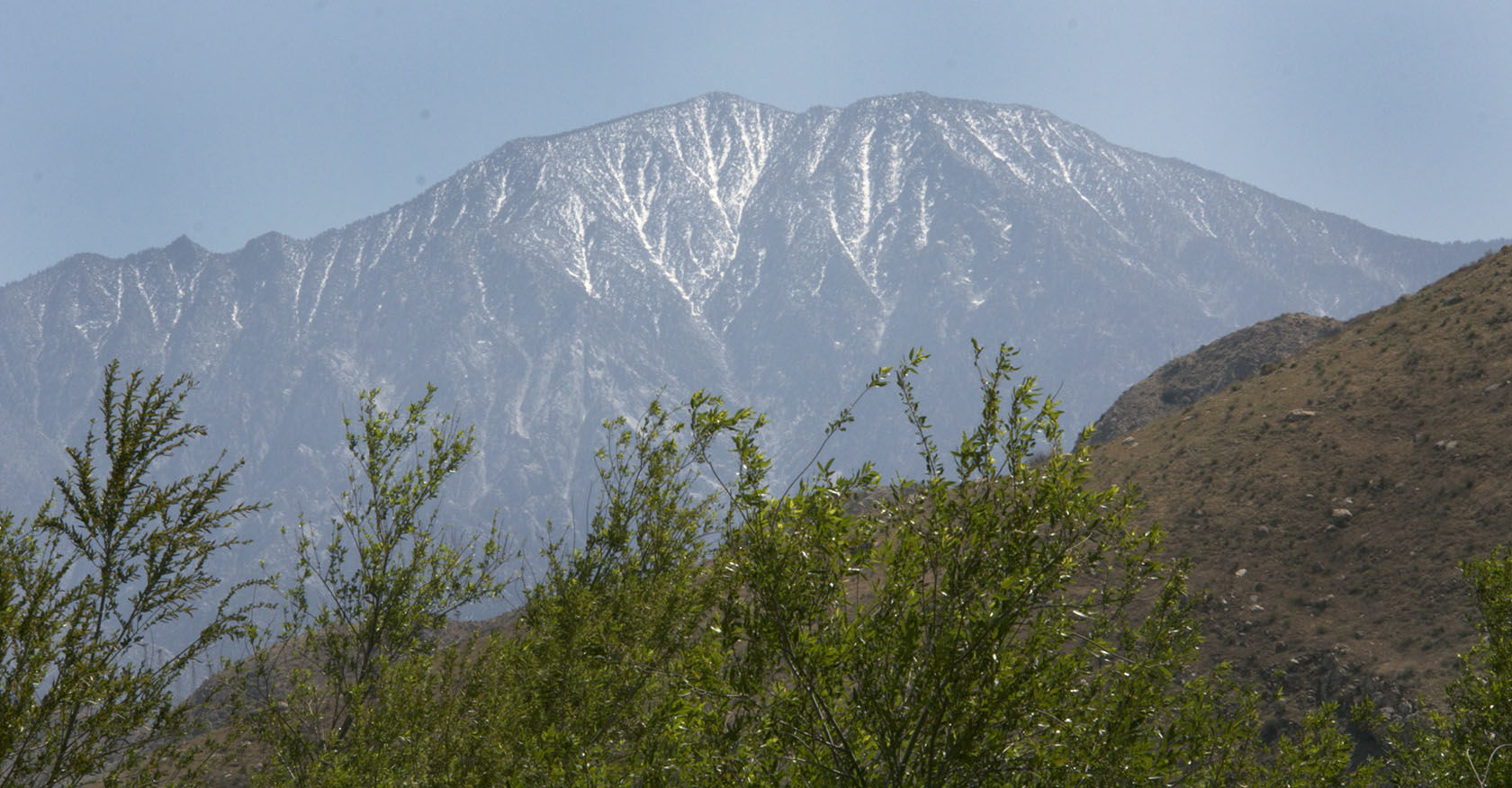 Russ pointed out desert plants that factored heavily in the indigenous natives way of life such as the brittlebush (a relative of the sunflower), the acacia with its bean-like seed pod (a carbohydrate food source) and the creosote bush (a medicinal plant). 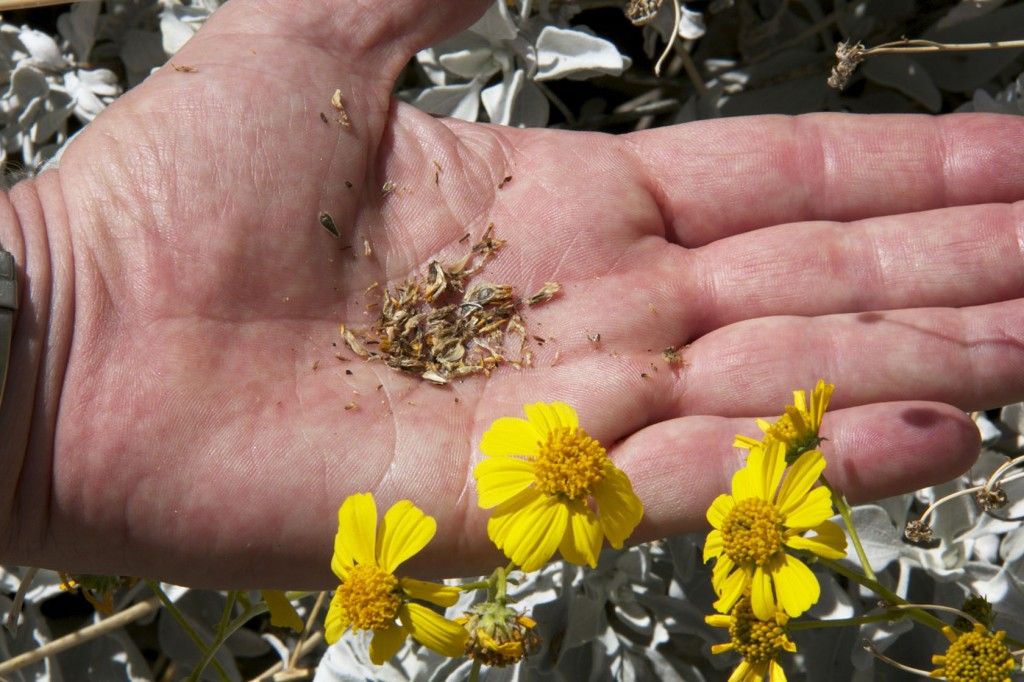 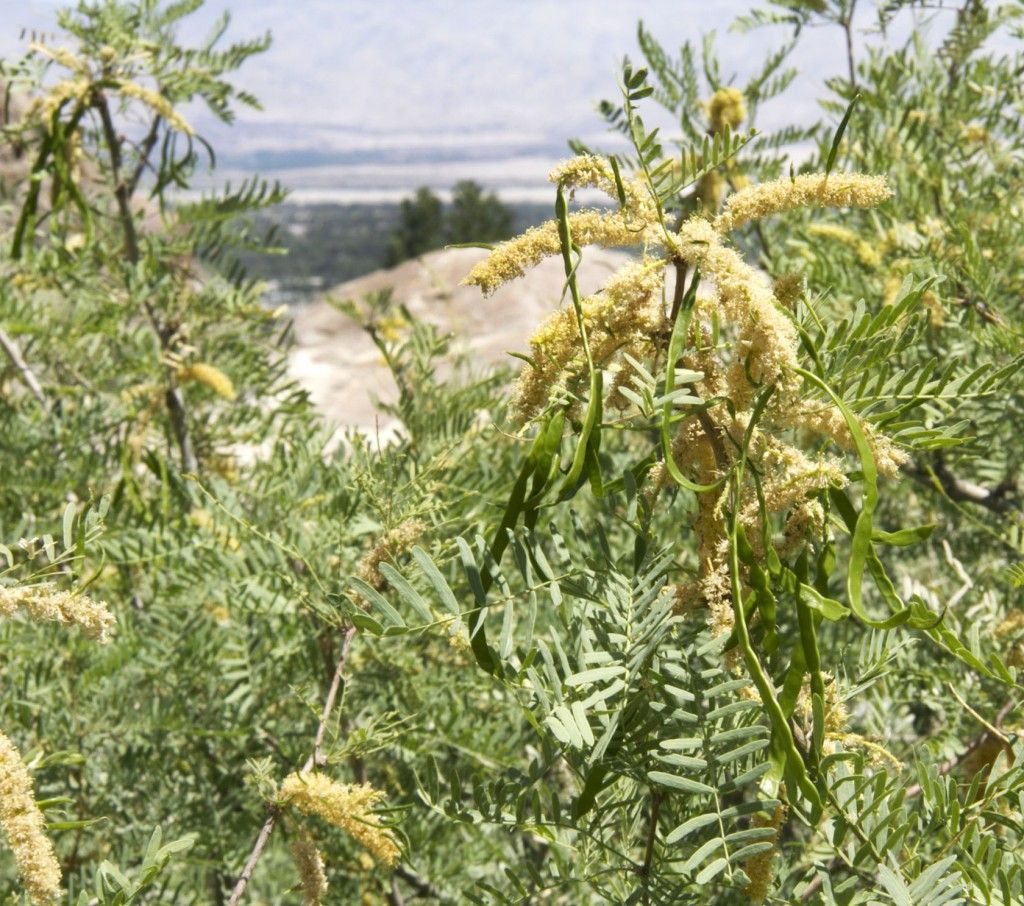 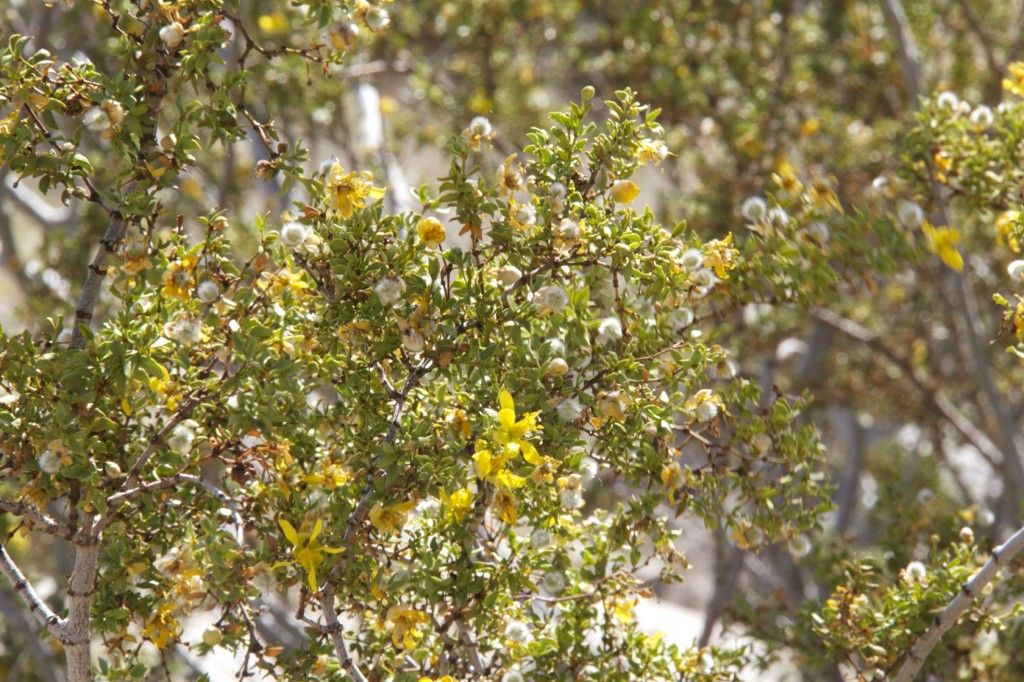 Whitewater Preserve is a quick escape from Palm Springs a good place for a day hike or a picnic. If you want a taste of both windmills and Whitewater make sure to check out the Desert Adventures tour here.