The 100-year old apple trees at Domaine Pinnacle were an afterthought. One could call the purchase of a farmhouse, built in 1859, a bit of a coup de coeur (love struck impulse). Susan and Charles Crawford have a particular affinity to Vermont’s Jay Peak Resort the mountain where they would religiously take to take their children for ski lessons on winter weekends from Montreal.

On one of those trips to the ski hill in 1999, they noticed a ‘For Sale’ sign near the village of Frelighsburg and all of a sudden they owned a 430-acre vacation property complete with an apple orchard and a rustic, historic home.

It is easy to understand, their star-struck condition in this part of the world, where Quebec’s Eastern Township hills roll gently into the Green Mountains of Vermont and offer vistas of the Adirondacks in New York State. This agricultural basin is populated by corn and fruit tree farmers, dotted with Jersey cows and painted with maple trees. The Crawfords named their home Domaine Pinnacle paying homage to nearby Mount Pinnacle. 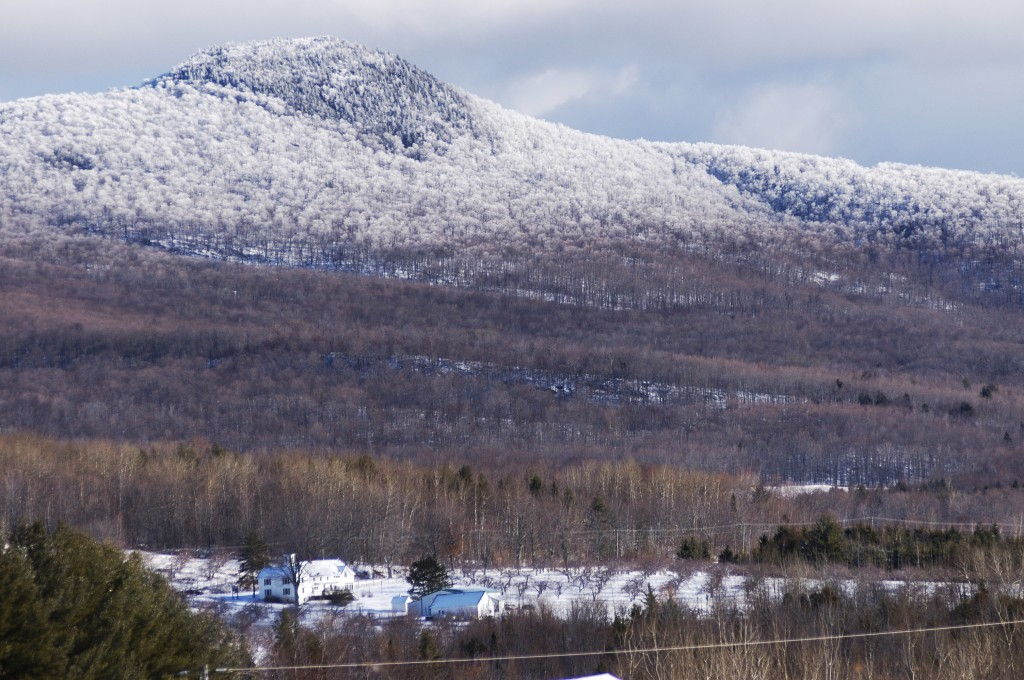 The acreage is just barely on the Canadian side of the Quebec-Vermont border. It was only once the family had settled into the mature homestead that they began to understand more of its storied past. Entrenched locals have shared that that the house was situated along the “Underground Railway” – a possible refuge for slaves hoping for an unshackled future. The home’s turret may have served as a watch point over the Canada-US border ensuring first humans and later illegal alcohol, during Prohibition days, slipped across the line unnoticed. These rumours are yet to be confirmed. 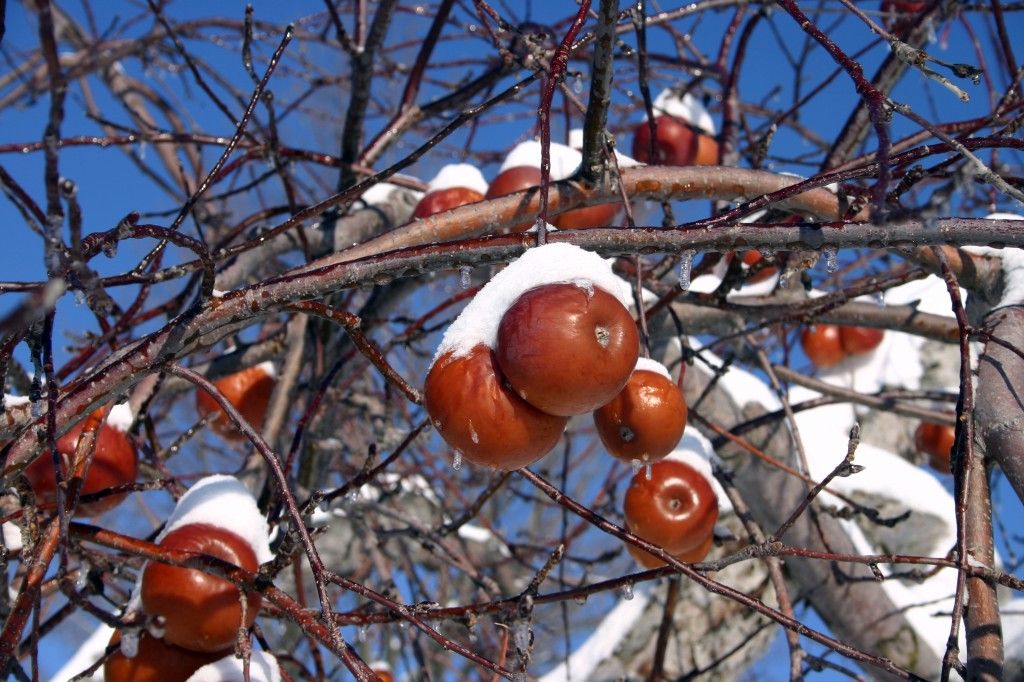 Apple trees occupy approximately one third of the property at Domaine Pinnacle. It was not long before this highly educated couple began to consider whether there was any commercial value to abundance of fruit they now had on their hands. They quickly determined that the sales of bulk apples, pressed-cider and homemade pies were too labour intensive for insignificant financial reward. 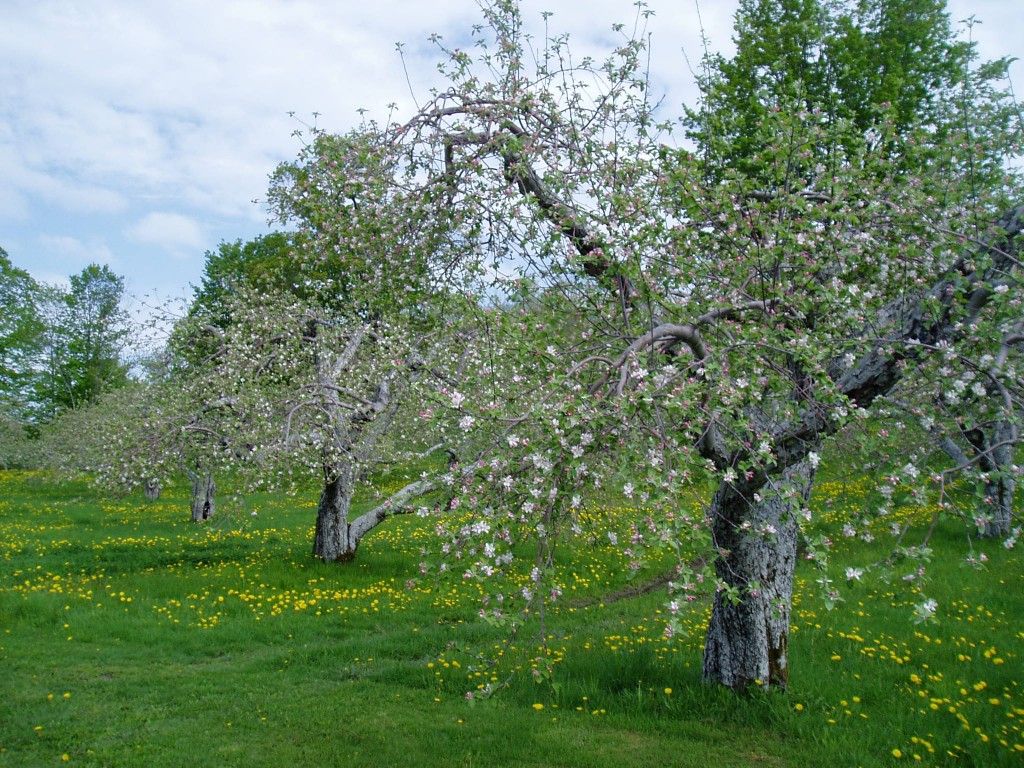 Domaine Pinnacle is located on the 45th parallel the same latitude as the renowned grape growing regions in France, Côtes du Rhone and Bordeaux, and Piedmont in Italy. Without much of a business plan, the Crawfords began exploring the possibility of making cidre de glace (ice cider) with their apples. Ice cider was a beverage that had only just received official Quebec liquor board recognition in 1999, with its approval of the 1998 vintage from La Cidrerie St-Nicholas. 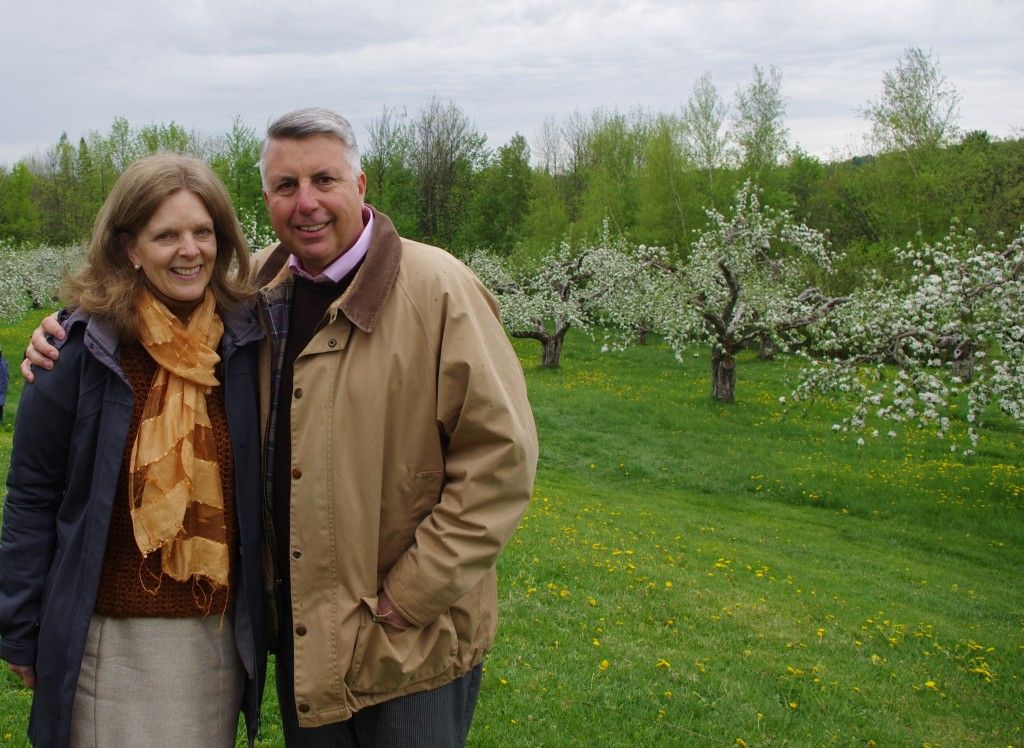 Juggling young children and full time jobs the Crawfords entered the world of alcohol creation without too much reflection on how it might work out. They gave up city life and moved to Frelighsburg where Domaine Pinnacle became both home and the production facility, for this relatively, untested cocktail.

The Crawfords realized immediately that their skill sets did not include actually crafting the brew so they hired Christian Barthomeuf to assist them. The first Domaine Pinnacle vintage was in 2000 and the first award followed quickly in 2005. Domaine Pinnacle ice ciders have subsequently won over 100 medals with recognition from world-experts.

The ice cider range at Domaine Pinnacle has expanded and now includes several variations, including a sparkling ice cider. There are two different methodologies to make the ice cider and they use both:

Cryoconcentration – this approach takes ripe apples that were picked during the seasonal harvest and stored at cold temperatures. Once the outdoor temperatures regularly hit sub-zeros the fruit is pressed and the extracted juice concentration is allowed to freeze while any excess water is removed.

Cryoextraction process uses only apples that are left to freeze on the trees in the fall. The fruit is only picked once there have been at least three consecutive nights of -10° C. The apples are at that stage frozen to the core, they are picked and pressed right away this is cold-press extraction. Not every apple variety is suitable as the apples must remain on the tree and not fall to the ground. This methodology is used exclusively for their signature reserve ice cider.

The Crawfords admit that despite their business school educations they entered this entrepreneurial venture without a complete business plan, detailed marketing strategy and with only a shoestring budget. With those frenzied days now behind them Domaine Pinnacle is now distilling other liquors to round out their offerings.

Chic Choc Spiced Rum is created with a blend of five spices harvested in Quebec’s Chic Choc Mountains on the Gaspe Peninsula.

Ungava Gin is infused with only Canadian arctic hand-harvested botanicals from the Ungava Peninsula that include rose hip, cloudberry, crowberry and Nordic juniper. This yellow-hued liquid was the 2013 winner at the World Spirits Competition.

And in the near future, Vodka will be added to the Domaine Pinnacle line of spirits.

Image Credits: All photos were provide by Domaine Pinnacle