Bratsera Hotel Sets the Bar for Tranquility in Hydra

Hydra is a short 90-minute ferry ride from Piraeus port in Athens making it a popular getaway for Athenians and for those tourists wanting to sample the Greek islands. Hydra is also fashionable, as it remains one of the few islands with practically no vehicles. You can visit this Saronic Island by foot, by donkey or via boat-taxi. 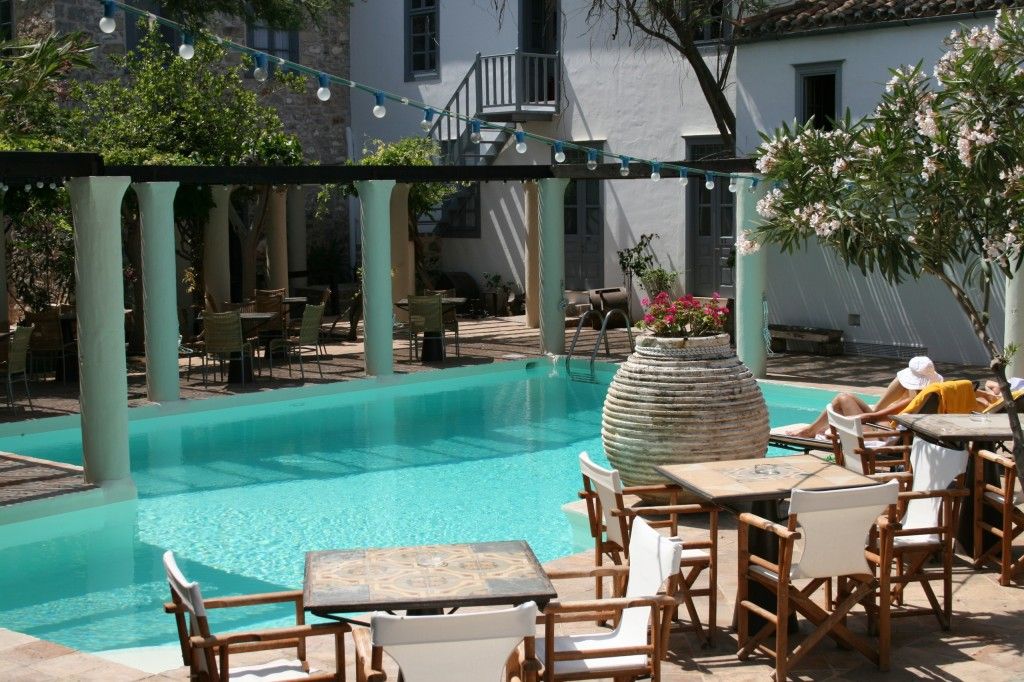 Although, it is romantic to visit “old Greece” arriving in Hydra’s frantic port may have you double-checking the ferry’s return schedule. Within the confines of a tight valley and sheltered port, pleasure craft jockey for limited boat slips, donkey owners hustle to transport your bags, and restaurant staff hawk the daily specials. With WIFI signals emitted from almost every cappuccino-gelato-beer-dispensing coffee shop, it is difficult to feel that you got away from it all… 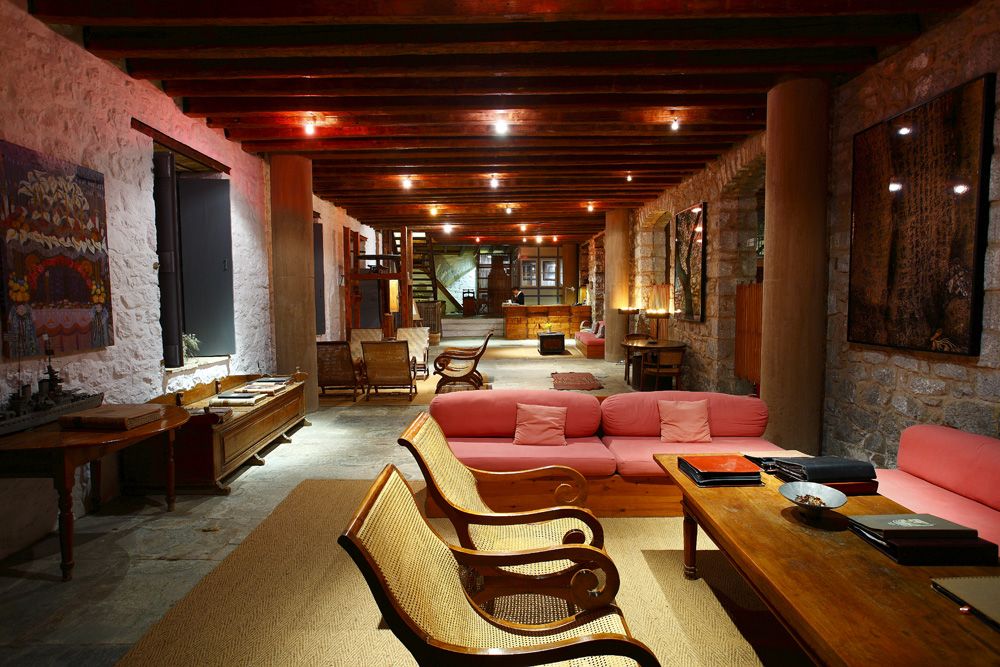 That is until you step inside the sapphire-tinted doors at the Bratsera Hotel. The vine-laced trellis overhead mutes the ruthless sunny rays and the street sounds from the port fall away as your personal Zen factor raises a notch or two. 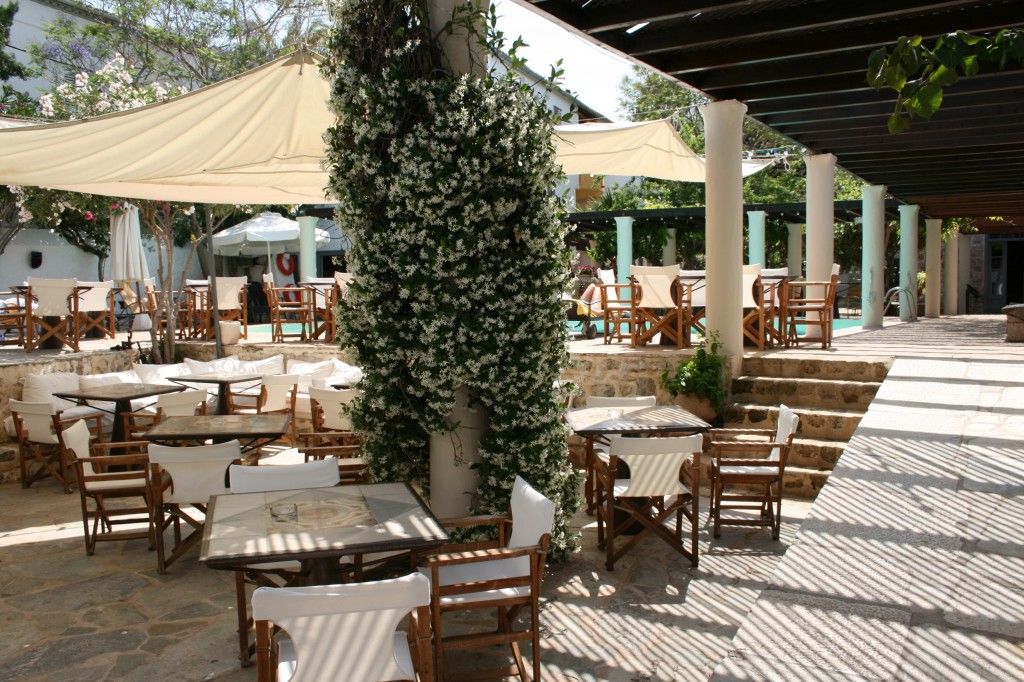 Bratsera was a haven for sponge divers. The word associated with the mother ship the divers were working from and the sensation of returning to comfort and camaraderie after their dangerous workday. The sponge industry in Greece is as old as, well, the Greeks – first recorded references of sponge use for bathing date from the time of Plato (428-328BC). 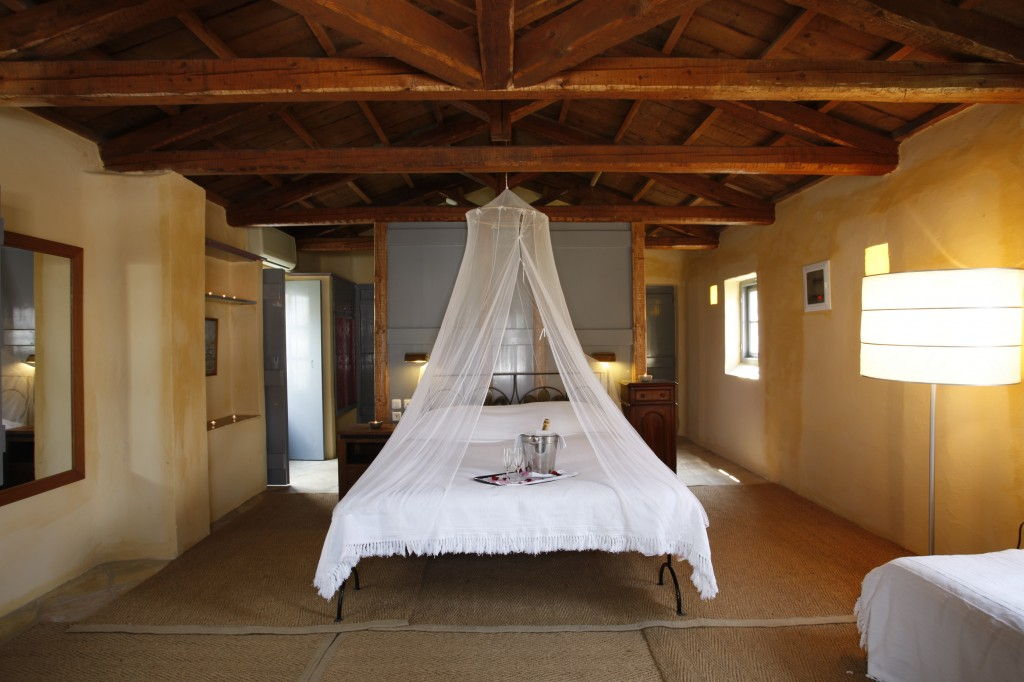 The temperature of the seawater in the Greek islands is particularly well suited for sponge growth. The local sponge industry responded to global demand and flourished in the 1800s. The supply side exploded after 1865 with the advent of the diving suit or skafandro. Prior to that time, divers practiced a technique of free diving with a heavy rock. Unfortunately, due to the lack of understanding of decompression requirements many divers (estimated at 10,000) perished while using the suits. The industry was hard hit by the two World Wars and then fell on its knees in the 1980s when pollution and over-harvesting infected the sponge population. 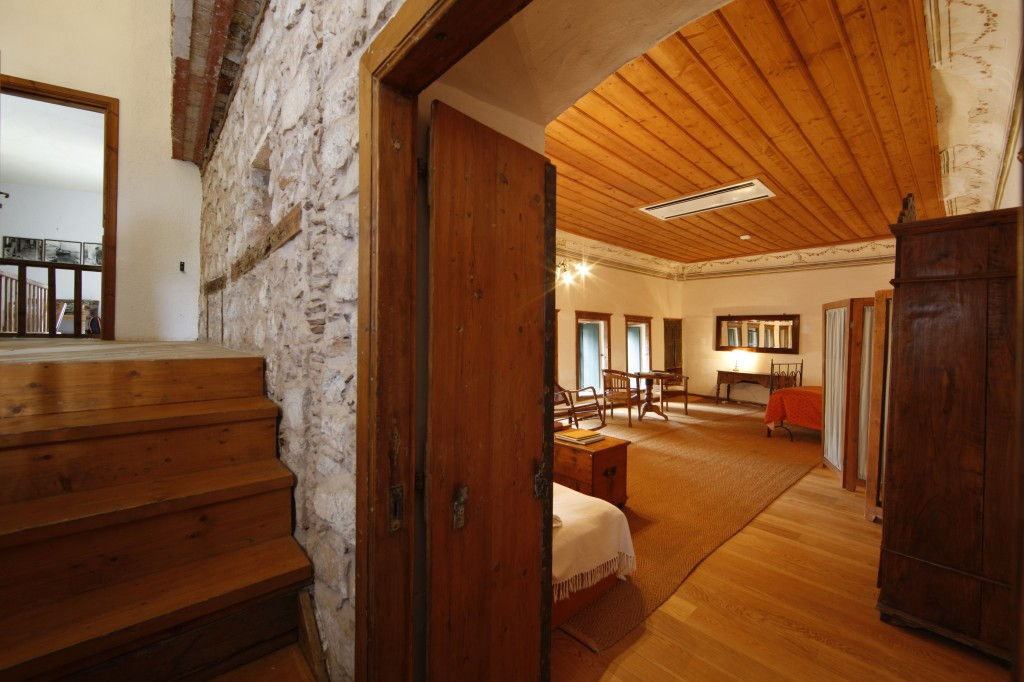 Christina Nevros chose Bratsera as the name for her 25-room boutique hotel as a tribute to her great-grandfather Nickolaos Verneniotis, who established a sponge factory in the same location. The factory closed its doors in 1986 after 126-years and Christina had a problem.

What to do with a well-worn, defunct factory on an island with one fickle industry?

The architect crafted Christina’s vision for a small hotel into detailed drawings and the restoration work began – Bratsera opened for business in 1994. It took two-and-a-half years to recondition the structure and create livable space from its previous industrial usage. The dedication to doing the right thing resulted in a 1996 Europa Nostra award in recognition of the vigilant work in preserving cultural heritage. 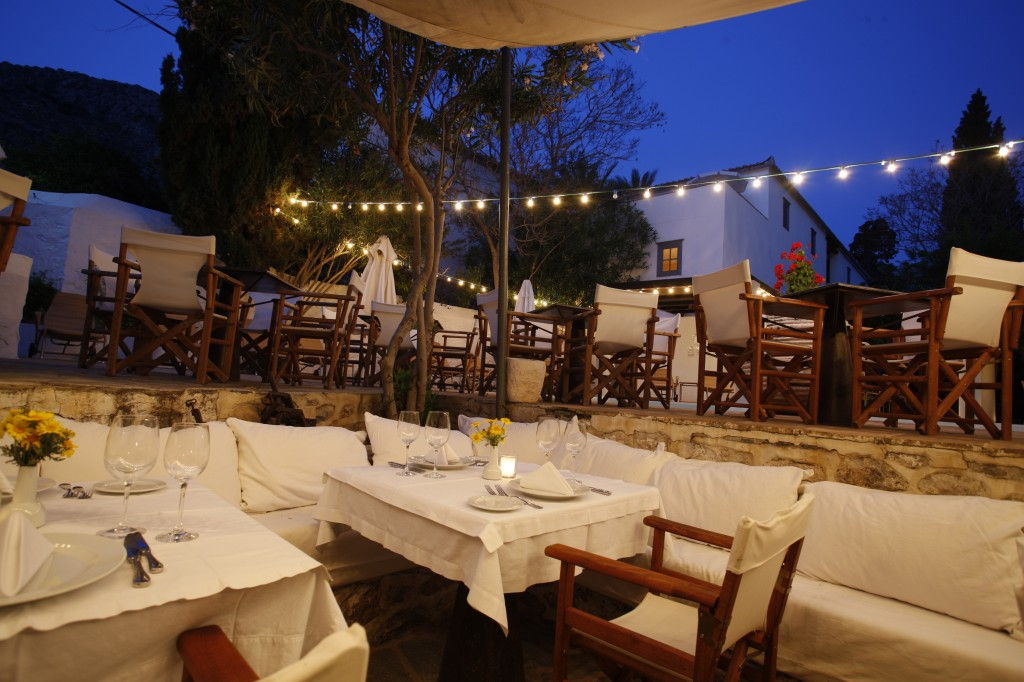 The guest rooms achieve a balance between the building’s history and contemporary demands. Practical design components are joined together in high-ceilings, wide-plank wooden floors and over-sized windows to give you the sensation of being alone in a comfortable loft. Nevros uses the word “authentic” to describe the decor.

Bratsera has a small restaurant for guests and others. The menu offerings include some Greek classics such grilled octopus and souvlaki along with daily specials. Ginger and Nutmeg enjoyed the food and service so much that they ate there two out of four evenings.

The hotel closes from November to early April, allowing time for minor renovations and the staff to take a breather after their busy season. Do not be lulled by the tranquil description of the Bratsera, this is sought-after accommodation in Hydra – book early. Here is the Bratsera website for more information.

Image Credits: All images were provided by and published with the permission of the Bratsera Hotel