Palm Springs ABCs for the Desert

Ginger and Nutmeg are ‘relative’ newbies to the Palm Springs area and want to thank their friends for the locals’ tips. Nutmeg has created one of her ABC lists to provide all G&N readers a snapshot of the valley. 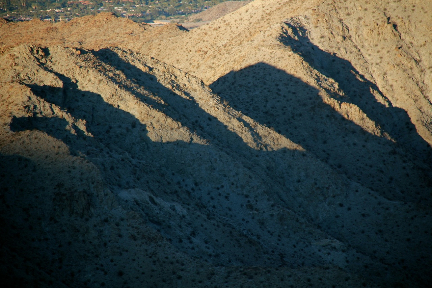 Aquifer water has long blessed this part of the desert with clear, clean liquid. Natives were initially attracted by the natural source in a harsh climate. Non-native settlers in the 1800s recognized the bountiful resource. Two centuries of relentless urban development with scant attention to this depleting reserve are now manifesting in a necessary focus on water management.

Bighorn sheep are native to the low-level, rocky ledges and sandy washes. In 1998, this species was added to the endangered list as their population has dwindled through disease and loss of natural habitat. Male sheep or “rams” have powerful spiral horns that can reach up to 30 inches in length. Females or “ewes” have smaller, straighter horns.

Coachella Valley is pronounced (co-chell-a). At one time, the entire valley was submerged under salty ocean waters. Millenniums have passed since that era, but if you look closely as you walk on some of the sandy trails you may notice tiny broken shells under foot. Conchilla is Spanish for seashell some historians believe Coachella was a misspelling of the word.

Dates are a significant crop in Southern California; 28,300 tons were produced in 2011, about 95% of the entire US production. However, the tree is not native to the area, rather this old world plant, referenced in the bible, most likely originates from Southern Iraq. Missionaries introduced the first trees to SoCal in 1769. Did you know that dates have more potassium than bananas?

Eagles (golden) are among some of the native birds in the region. The natural geology provides opportunities to roost on high rocky perches, sheer granite ledges or tall trees. To their detriment the eagles also seem to like the top of some of the power generating windmills.

Frank Sinatra the legendary crooner and many other Hollywood stars enjoyed getaways to Palm Springs. One of his houses “Twin Palms” is still standing and available for rent, if you need a 4-bedroom, 7-bathroom escape. 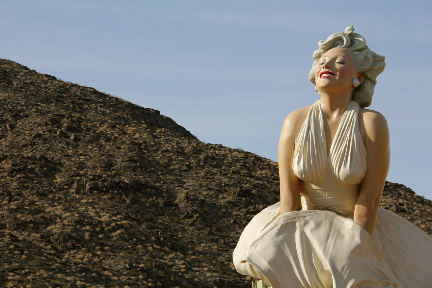 Gambling first made an appearance in the 1930s, an alternate revenue stream for the area during tough economic times. During this period, the Colony Palms Hotel offered alleged temptation in its’ basement speakeasy.

Healing properties of local plants such as the versatile creosote bush (atukul) were used by natives for ointments, teas and deodorants.

Indio came about as a result of the Southern Pacific Railroad, at roughly the halfway point from Yuma, Arizona to Los Angeles; a station stop for engine maintenance.

Jacinto is Spanish for hyacinth. The San Jacinto mountain range hugs the southern edge of Palm Springs and other communities. From the desert floor to their highest peak at 10,834(ft) these granite summits are the second highest range in California. The craggy landscape full of boulders is so rugged and uneven it appears like a two-dimensional stage backdrop.

Kirk Douglas was born Issur Danielovitch, he become one of Hollywood’s biggest stars and a lover of Palm Springs.

Living Desert a wildlife and botanical park of 1200-acres, was established in 1970 when a group of concerned citizens had the foresight to convince the Palm Springs Art Museum to preserve 360-acres in Palm Desert as an interpretive trail.

McCallum, John Guthrie was one of the visionary founding fathers of the area. A lawyer from San Francisco with a son who suffered from tuberculosis, he moved the whole family to the area in the early 1880s.

Native people are thought to have lived in the desert 10,000 years ago. The Cahuilla Indians are believed to have settled in this area on the shores of then Lake Cahuilla (pre 1700), an inland lake that was fed by the Colorado River. The lake dried up as the river changed course, but the Cahuilla continued to live off local flora and fauna.

Old MacDonald Ranch was the original name, then changed to Palm Village in the 1920s and eventually to Palm Springs.

Palm leaves, sumac, juncus and deer grass are some of the materials used by native bands for their traditional coiled baskets. Did you know the basket coil is always counterclockwise? 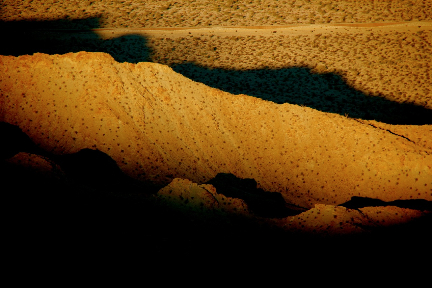 Queen of the Desert is one of the most sought after party tickets during the Coachella Music Festival.

Roadrunners are real birds not just Warner Brothers cartoon characters. They cannot fly but sure can hunt; mice, rattlesnakes, and spiders are some of their preferred prey. At top speed, their stride can reach 20 inches.

Smoke Tree Ranch in Palm Springs is now a resort with a western feel. The Markham family who purchased the property in 1936, created a working ranch for guests, complete with cowboys and rodeos.

Tuberculosis planted Palm Springs on the map – the dry, arid desert climate was recommended treatment for that and other respiratory ailments of the late 1800s.

Uto-Aztecan linguistic genus is the foundation of the Cahuilla native language. 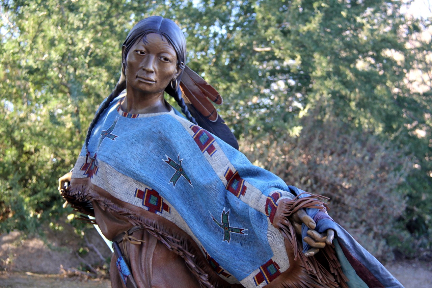 Villages occupied by the Cahuilla formed territorial groupings or sib.

Water heated from underground springs, Sec-he (in Cahullia) or Agua Caliente (in Spanish) was used for bathing and medicinal purposes.

eXcursions into the desert are popular by jeep, hot air balloon, hiking or dirt biking.

Yucca brevifolia also known as a Joshua tree is a drought resistant evergreen with white flowers in the spring.

Zzz – life in the desert shuts down early.