Sally Harris is a freelance writer – after a long career in travel and hospitality she turned her hand back to her first love of writing once she became a parent. She loves to inspire and educate with her written work.

Nutmeg was thrilled when Sally asked if she could write a guest post for Ginger and Nutmeg on a spicy theme. What follows is Sally’s informative article on Turmeric a spice revered for its clear culinary purpose, but also for the promising potential healing properties. 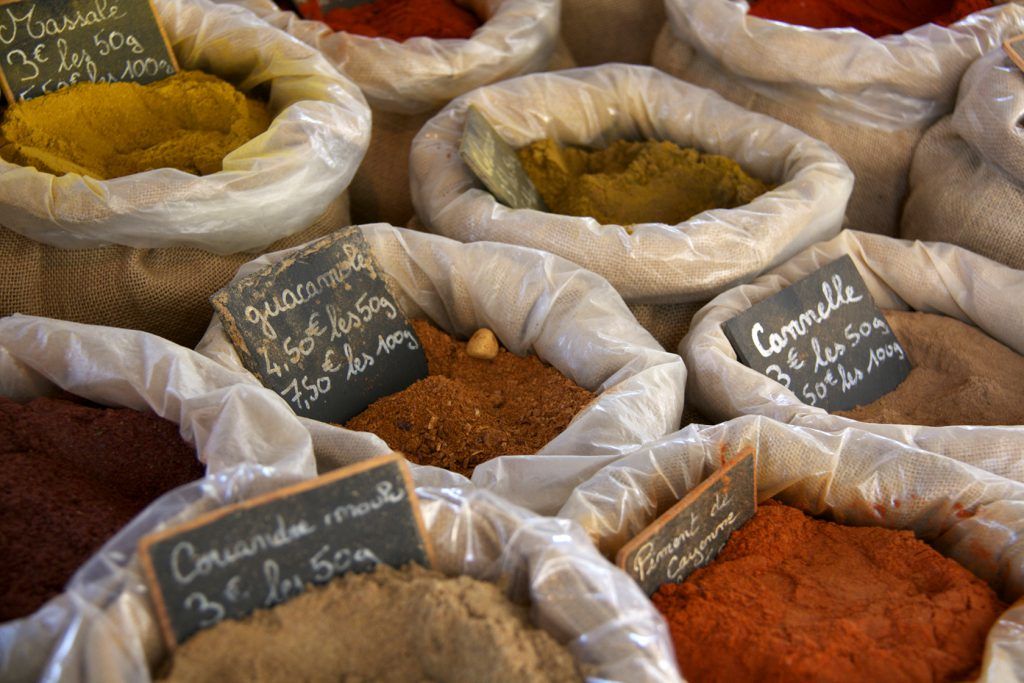 Turmeric. It turns your fingers orange and puts the finishing touches to your tikka masala. According to some, it also cures your arthritis (among other things) while it’s at it. Once upon a time, turmeric was almost worth its weight in gold, transported along the spice roads with jewels and luxuries almost comparable to it in value. Since then, it’s lost a lot of its power to entrance us, but new claims about its health-giving powers have renewed our interest in this fascinating space.

Turmeric comes from a root of the wonderfully named Zingiberaceae family (to which ginger – unsurprisingly for spice aficionados – also belongs). The plant from which it derives, Curcuma longa, grows in southern Asia, where it relies on the copious rainfall of the monsoon season to thrive. In traditional Bangladeshi cooking, the roots may be used fresh, but fresh turmeric roots rarely appear in Western cuisine. Instead, the root is processed by being boiled for up to 45 minutes, then baked until dry in an oven, before being ground down to the orangey-yellow powder with which most of us eager spice-chefs are familiar. In Western nations, it is most commonly used as a culinary ingredient, but in its land of origin, it is also used as a dye (and anyone who has worked turmeric with their hands will understand why!). This dual use, as both dye and spice, once made turmeric very valuable in Europe, the Middle East, Africa, and beyond. 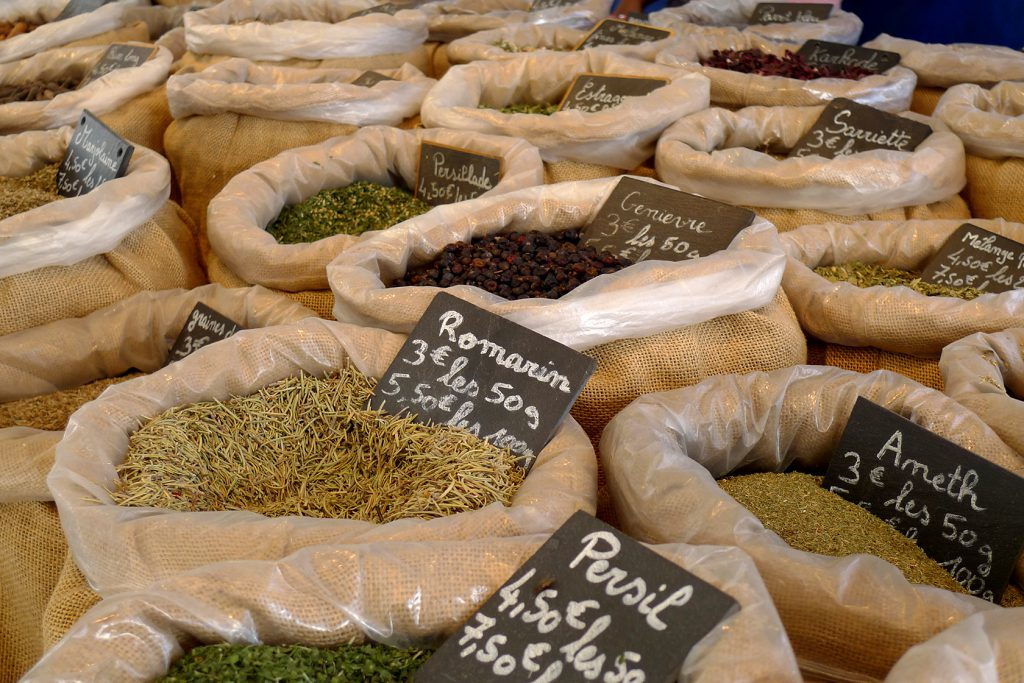 However, before coming to be used as to impart colour and flavour, turmeric was used as a medicine. In an age before either nationalised medicine, modern medical practices, or the safety net of good health insurance, people were keen to use the things which grew around them as both cure and preventative. So important was the concept of health that those plants which were deemed curative (or capable of warding off disease) attained a deep spiritual value. Ayurvedic medicine and its predecessors, which originated in India thousands of years ago, made (and continue to make!) great use of turmeric, and afforded it great spiritual esteem. Traditional Indian medicine utilises turmeric in the treatment of a great variety of conditions, ranging from liver disorder to arthritis, indigestion to throat infections. It was also commonly used topically, to cleanse wounds or as part of a compress treating infected sores. Perhaps due to its spiritual and healing powers, turmeric became popular in Indian religious ceremonies as a dye – colouring the robes of Hindu monks a bright, healing yellow. Its spiritual connections remain deep, complex, and lasting, and almost certainly stem from the plant’s healing abilities. The reverence with which turmeric was held by Indians and their confidence in its healing abilities bewildered early European traders to the subcontinent. They preferred to eschew the spice’s more esoteric connections and use it for the purely practical purposes of dyeing and food flavouring. Little to no attention was paid to its potential healing properties by the emerging disciplines of modern medicine. Now, however, it seems that science is beginning to endorse the turmeric-based knowledge of the ancients. 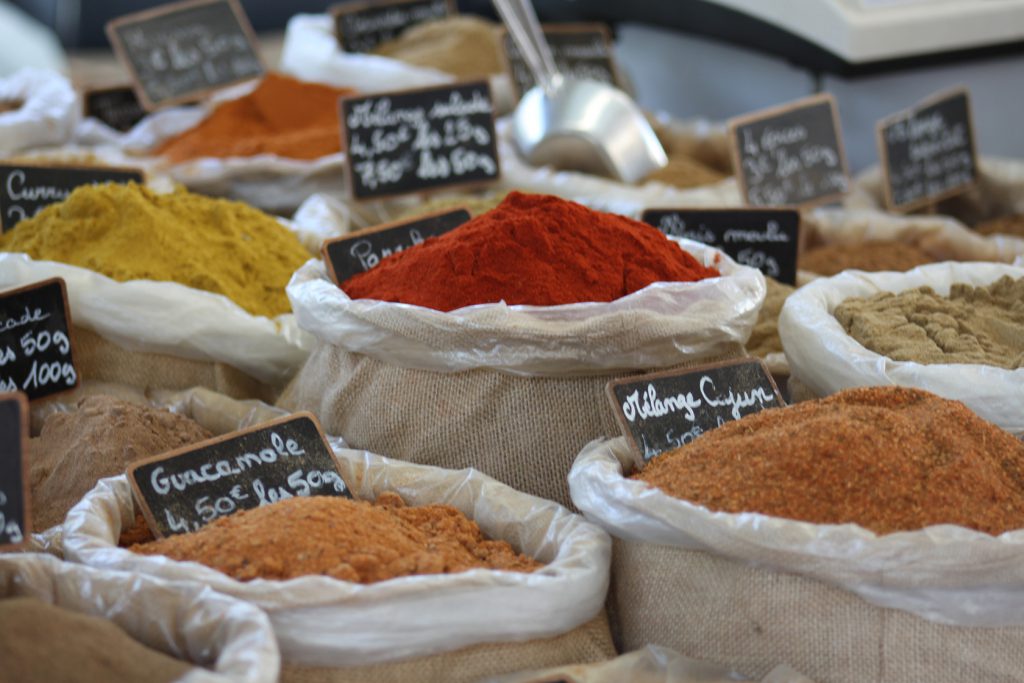 Turmeric has become very trendy recently due to claims that it is a ‘superfood’. You can buy turmeric pills, turmeric cakes, and even order a turmeric-based coffee. It all sounds like a bit of a fad – but science says that people are at least a little bit right to be excited about turmeric. One of the compounds in which turmeric is rich – curcumin – has been linked to a reduction in inflammation, and a slowing (even, in some cases, halting) of pre-cancer DNA changes. What is more, turmeric appears to be able to influence the action of genes which have been implicated in asthma, eczema, cancer, and depression. Tests, it should be noticed, have largely been done on mice, and human health benefits tend to be anecdotal or empirical rather than scientifically proven – but it’s certainly looking promising. The message increasingly seems to be that taking your taste buds on a trip to India really could not only improve your health but maintain that improvement on a serious and lasting level.

Using Turmeric In Your Food

The bad news for pill-lovers and low-fat dieters is that turmeric tends to have its best effects when combined in cooking with fat. The turmeric bonds to the fat, which is absorbed easily by the body. If you mix yourself a turmeric tea or pop a turmeric pill supplement, an awful lot of it will simply pass straight through your system. So, just as Indian people have been doing for centuries, you’re advised to mix up your daily dose of turmeric in a curry. Or a chill, if you’re not a curry fan. Or an oil-based stir-fry. There is no shortage of ways in which you can use turmeric – but do be careful not to accidentally dye your hands, clothes, or kitchen in general while utilising it!