Kasia Dietz is a transplanted New Yorker who has called Paris her home for the last seven years. The “City of Light” lured Dietz into its fabulous web of art, culture and fashion while she was studying International Marketing in London. Ok, there might have been a swarthy Italian too, but she says, “It’s always been a city I dreamt of calling home.” 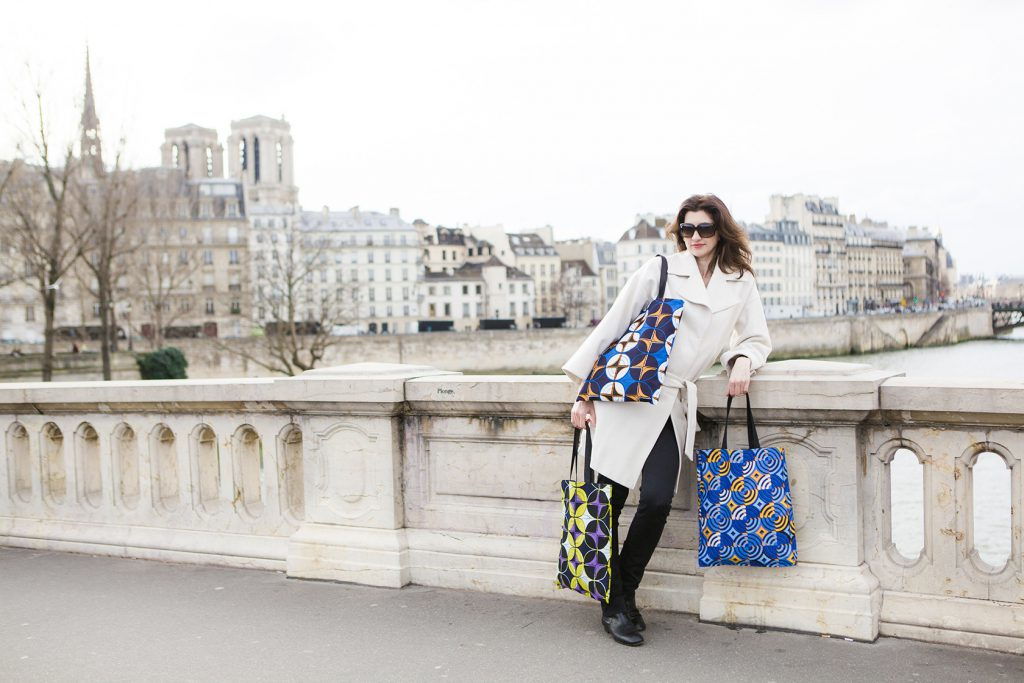 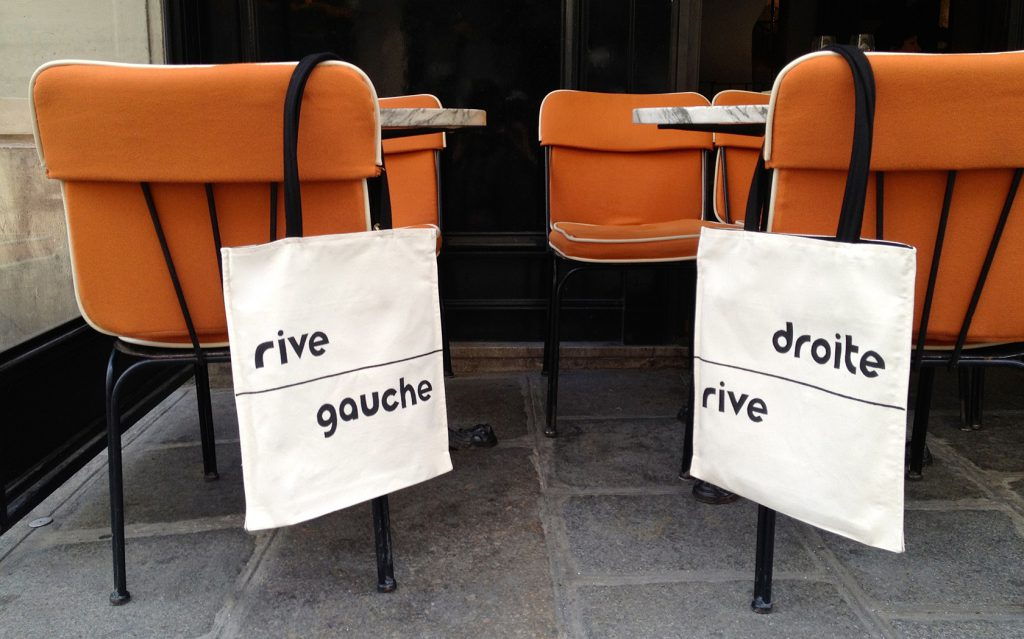 Fashion tours of Paris! What gal would not love that?

As a designer who manufactures locally, I love to promote others who share the label ‘Made in Paris’. Thus I decided to give fashion tours of my North Marais neighbourhood where many of these designers sell their wares. More than a shopping tour, I introduce my clients to French fashion, provide a history of the neighbourhood, now one of the trendiest in the city, and help them to discover brands unique to Paris. I also offer tours in Canal Saint Martin, another fashionable neighbourhood. Tours run all year (upon request), and details can be found here.

Trilingual (English, Polish and French) Dietz tells Nutmeg that her attraction to the creative process dated from the 1970s when her mum designed t-shirts with block prints. With that backdrop, Dietz decided to begin making hand-painted limited edition handbags. She says,

My collections are inspired by what I see and experience, most often art, nature and travel. I’m lucky to travel often, and whether it’s the tiles in Seville, the colours of the Côte d’Azur, or the streets of Rome, I find inspiration everywhere.

When you are next in Paris sign-up for one of her Bag Painting Workshops. The three workshops are designed to inspire your creative side in a fun setting – a spa (followed by a manicure), at Cafe Treize in St Germain, or enjoying a coffee and sweet macarons in a Marais apartment. The workshops run between 3-3 1/2 hours and at the end, you will have your own canvas bag. The workshops are a fun idea for a girlfriend’s gathering or festive occasion. Dietz has run similar workshops in New York and indicated that London would be next. 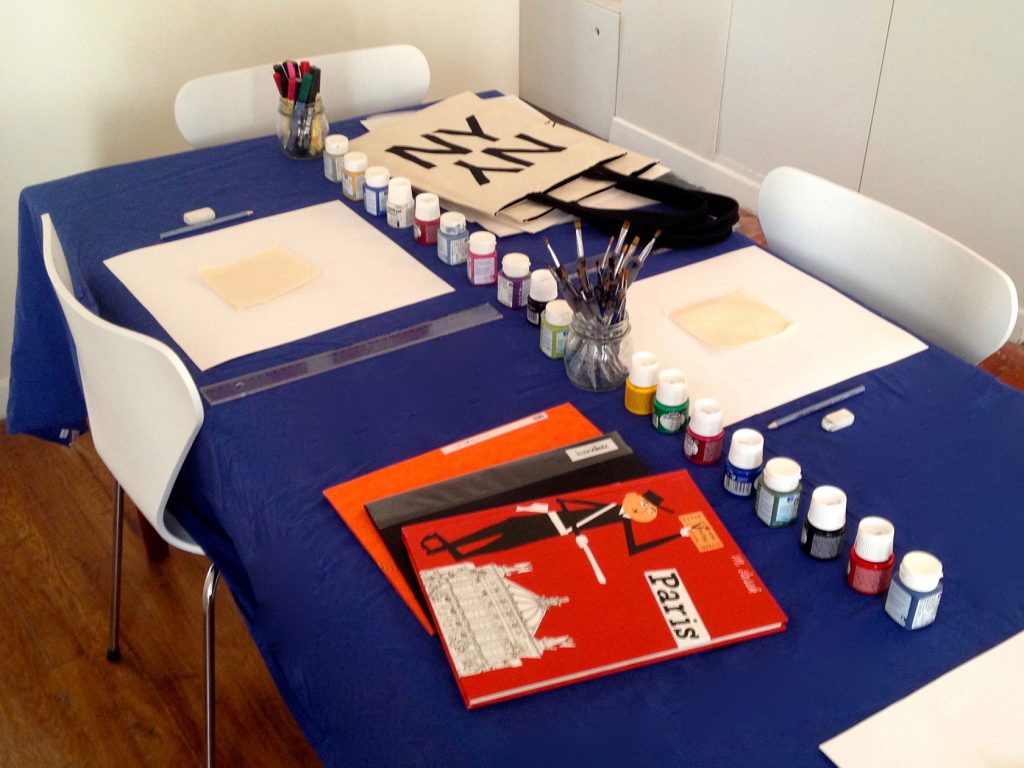 Dietz says, “My Paris is a place of beauty and inspiration.” With that Nutmeg thought she would ask for a local’s:

Coffee: Café Loustic has some of the best café crèmes in Paris.

Lunch: Holybelly is a great lunch (or brunch) spot.

Located in the 10th arrondissement inspired by Melbourne style bistros

Dinner: Chameleon Restaurant is one of my favourites. I also recently discovered Botanique which I highly recommend!

Iconic Paris: Le Nemours is a classic cafe and aperitif spot near Palais-Royal.

Where the locals go in Paris: Marche des Enfants Rouges is the oldest covered market in Paris, a favourite Marais lunch stop for Parisians. Across the street is Cafe Charlot where the neighbourhood gathers for apero hour. 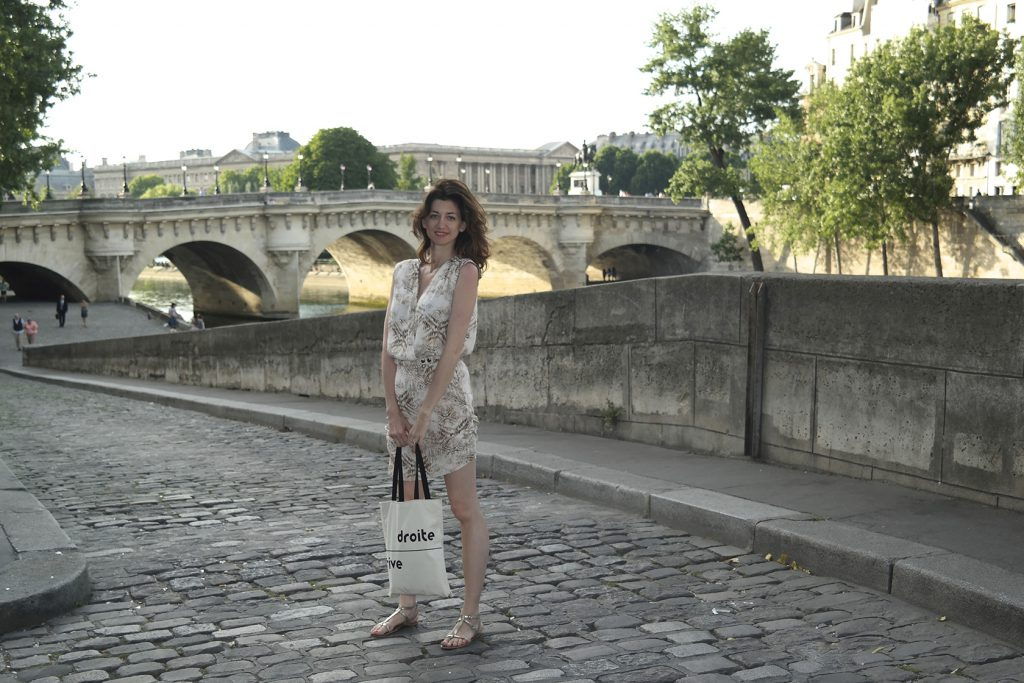 Shop here: Aoshida boutiques on rue Saint Dominique in the 7th arrondissement offer some of the most fashionable and unique clothing and accessories from around the world. (And you can find my bags there too!)

Sleep here: Hotel Bachaumont is a trendy new 4* design hotel, centrally located in the 2nd arrondissement, with an inviting bar and well-rated restaurant.

Image credits: photos provided by and published with the permission of Kasia Dietz