The Heart of Darkness or Niger Focus (later Nerluc) might have been an appropriate name for the hamlet located on the shores of a murky, swampy river. The muddy, opaque waters fueled rumours cultivating the nightmares of residents who asked was the beast:

A huge serpent?
A dragon?
A fierce half-lion?
A vicious turtle? 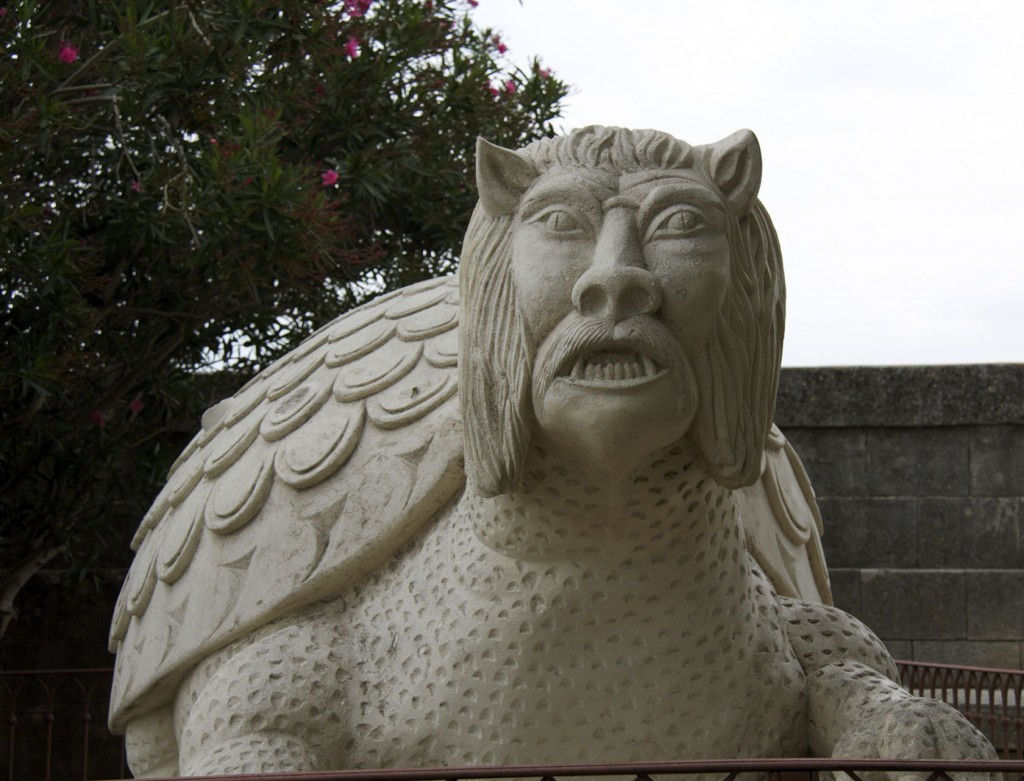 Stories swirled of Tarasque a fire-breathing sea creature that had made its way up the Rhone River. The brute terrorized inhabitants of the settlement as it destroyed bridges, caused river traffic havoc and burned buildings. Legend has it that Martha of Bethany, who had arrived from Judea, in 49AD, to spread the teachings of Christianity, tamed the beast. However, the townsfolk then butchered the monster in revenge. In 2005, UNESCO included Tarasque on its list of Masterpieces of Oral and Intangible Heritage of Humanity. 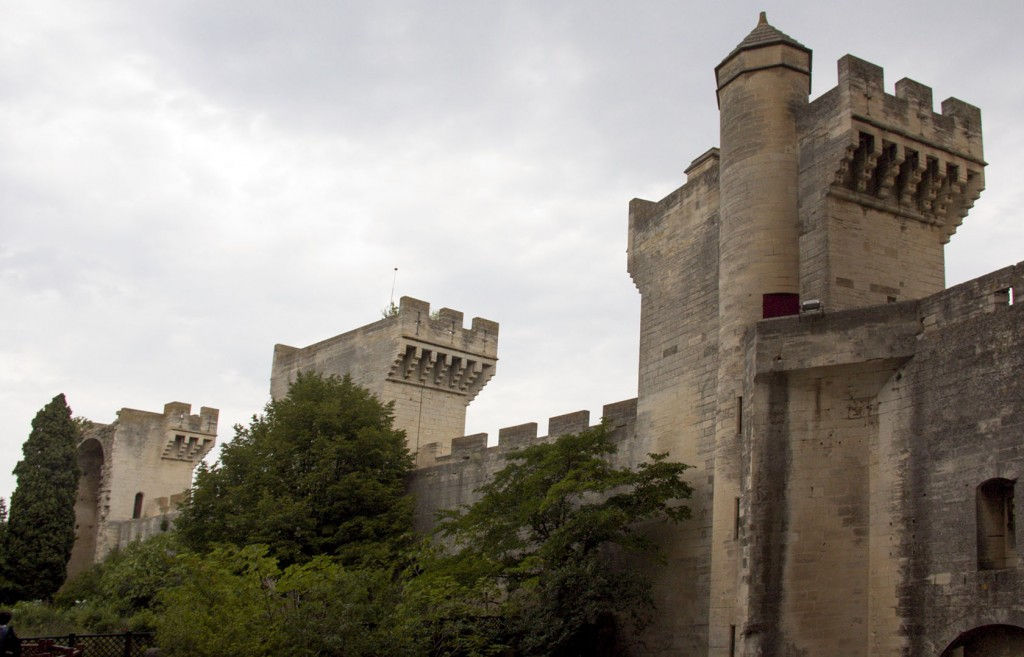 Tarascon sits on the left bank of the Rhone River in Provence, directly across the water from its sister town of Beaucaire. Located south of Avignon and north of Arles it would be difficult for these two small towns to really sparkle next to the larger, and better funded communities. However, for residents that maybe part of the charm. 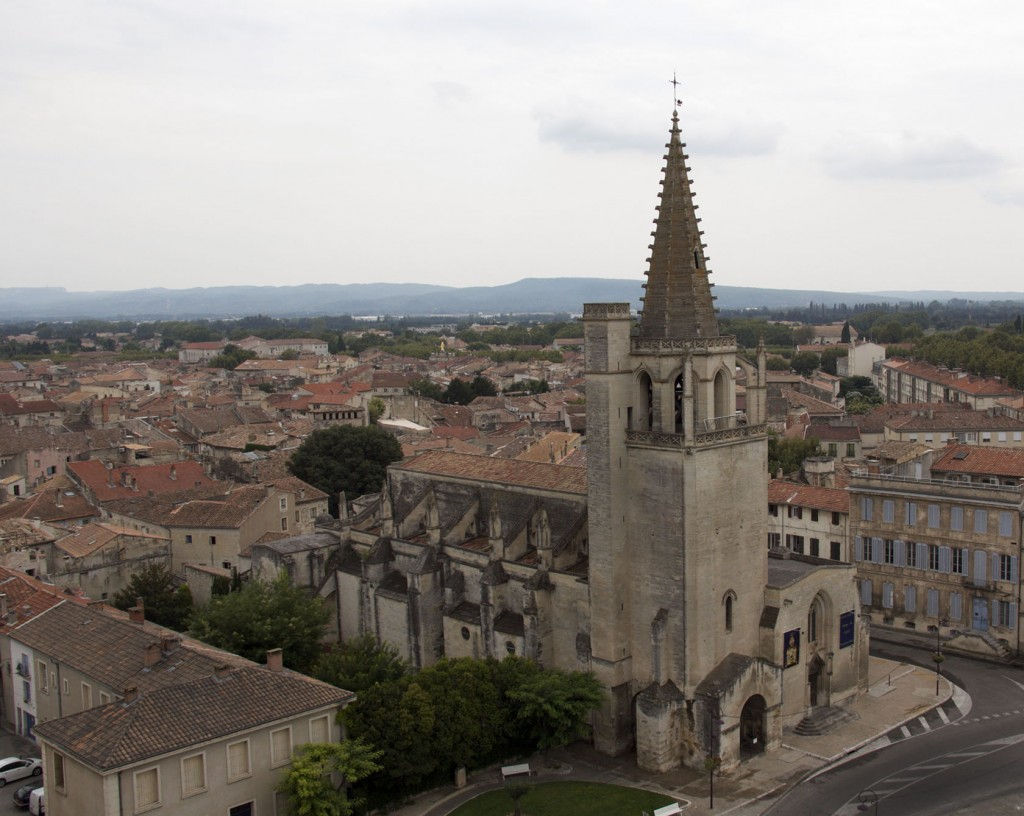 To strangers, Tarascon’s small historical section with its crooked, narrow streets looks unkempt. If you look past the shuttered windows and graffiti etchings, you can begin to imagine what the town might have been like in the past when imposing walls of le Château du Roi René were completed in 1449. This castle was built on the site of previous 13th-century fortifications occupied by Charles d’Anjou, Count of Provence. 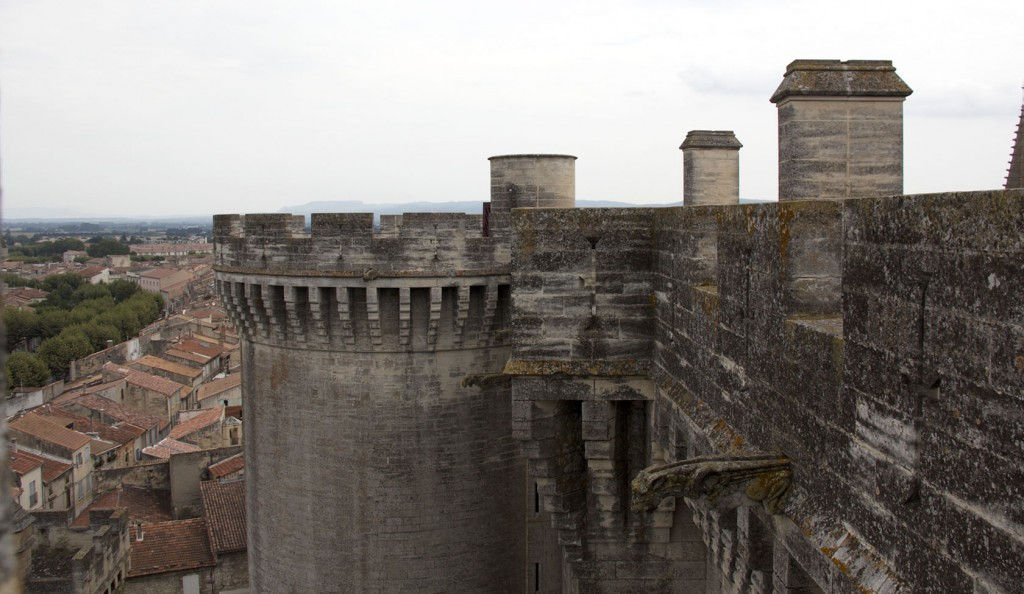 Tarascon and Beaucaire were busy centres during the 18th century with traffic from the industrious port city of Marseille. Goods arriving into the Provencal port from the eastern shores of the Mediterranean (Levant), the New World and the West Indies were loaded on smaller craft and shipped up the Rhone for trade. Beaucaire in particular held a large medieval fair for goods that included rich silks, raw cottons and exotic spices. In 1720, greed surpassed logic and a cargo ship from Syria with reported crew sickness aboard was allowed to enter the port of Marseille with its precious cargo bound for Beaucaire. An estimated 50,000 people died in Marseille of the Black Plague.

Today, a dry moat surrounds the restored castle. At one time, the Rhone’s waters would have filled the grassy pit, and the oppressive drawbridge would have been closed to insurgents making the castle a defensive island. The castle itself is impressive in scale and at its prime would have been richly furnished. That was before it was used as a prison and later left in disrepair during the French Revolution.

From the roof of Tarascon’s castle, you are treated to a sweeping view of the Rhone River and the two towns. This maybe a good place to reflect on the oral legend of a monster.