There is no doubt Ginger is much more adventurous than Nutmeg, when it comes to food.  She is not keen on foods with strange textures, that includes avocado, Jello and aspic salad.  Nutmeg is very particular about her likes and dislikes; meat is well-done, eggs hard, and peas should not be eaten.

France is a country of foodies, with broad tastes. Who would have thought of pairing foie gras with gingerbread? Hence, it is also the place with many opportunities to try some downright strange things.  Sea urchins or oursin are one of those foods. The first three Sundays in February there is a festival in the seaside town of Carry-le-Rouet called Le mois de Fete de l’oursin et du coquillage. A literal tasting feast of oursin and other shellfish.  Despite her queasy feelings about eating these spiny creatures, Nutmeg thought that a day at the sea and the adventure might just be worth it.  Besides, she understood that you can wash them down with a chilled white wine – so it could not be that bad.

Nutmeg is very familiar with the sea urchin, as a pest that is often found in the waters of the Caribbean.  You do not want to accidentally step on one of these little critters. They are from the same family as the sand dollar, but they have a spiny round shell and it really hurts if the needles pierce your skin.  They resemble little porcupines. Sea urchin ovaries (roe) are considered a special food in countries around the world.  Often the sea urchin is eaten raw with lemon, as sushi or as a flavouring for omelettes or soups.

Sea urchins are still collected by hand by professional fisherman, according to rules that govern their association. There has been some controversy in recent years about the declining numbers and quality of the stock.  This has been blamed on factors such as global warming, ocean water temperatures and increased fishing by non-professionals.  The data is unclear as to whether there is a systemic decline or natural flow, as too many urchins cause a whole raft of other issues such as damage to coral reefs.

Ginger and Nutmeg headed to Carry-le-Rouet the third Sunday in February. They arrived around the lunch hour, which on the last Sunday of the festival and the start of the school holidays, was bad timing – parking was challenging.  Nearing the frustration point, they finally found a spot and did a walking tour of the port.  The entire waterfront was a large outdoor fair and market.  Vendors were selling a wide variety of wares including; provençale fabrics, olive oils, cookies, tapenades, wine and of course seafood with a special emphasis on oursin.  Due to their late arrival, Nutmeg was spared the opportunity to try oursin, as many stands had run out or had line-ups 40 people deep.  There are however some pictures to share from the journey. 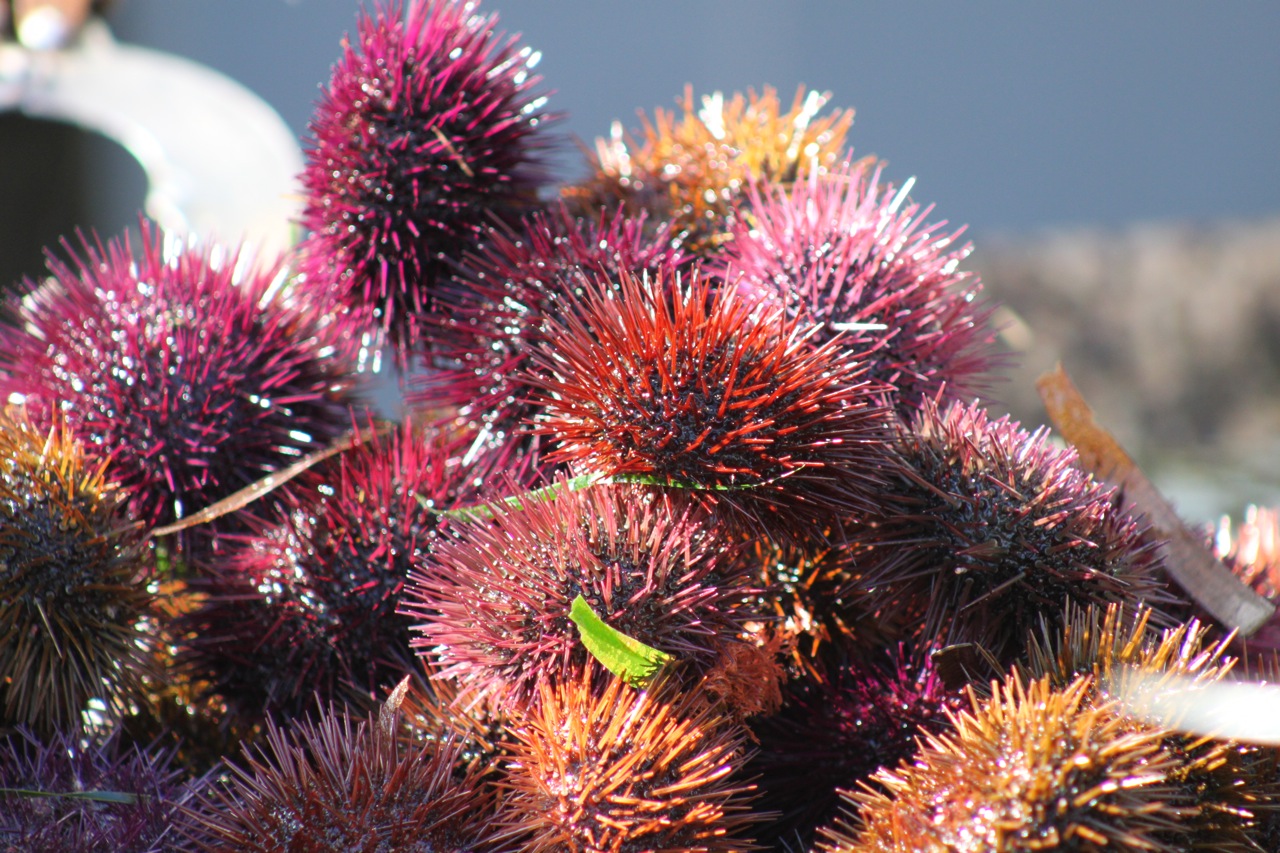 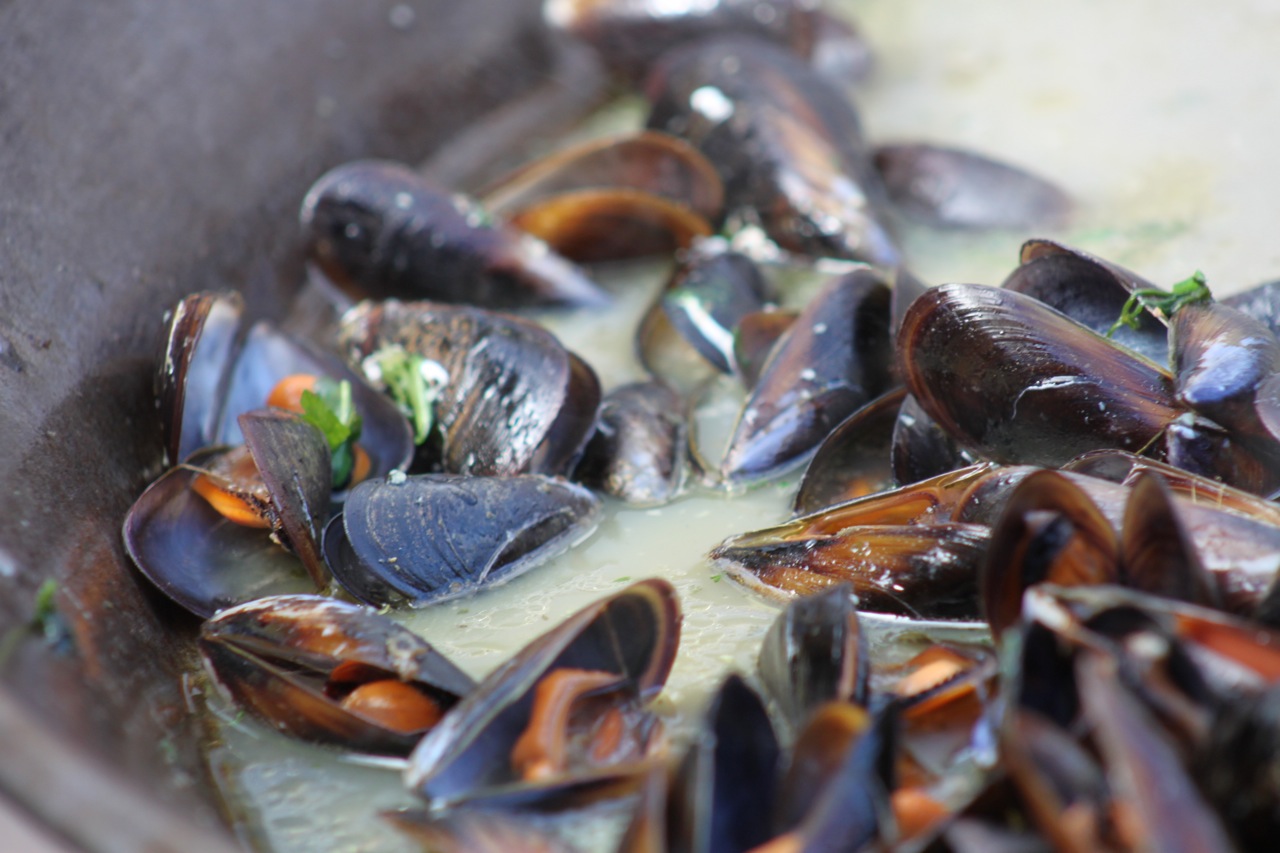 Do not think that Ginger and Nutmeg went home hungry.  They sampled their way through many of the market stalls and bought a few treats to take home.  Then they had a nice lunch on the terrace at Restaurant Le Trop facing the water – with some nice wine.