Provencal postcards are dominated by fields of purple-lavender rows, stoic sunflowers against cobalt-sky backdrops, gnarled grape vines burdened with ripening fruit and endless groves of olive trees. It is highly unlikely that demons, demigods, bat caves and sorcery are images that pop into your mind when a friend says they are going to Provence on holiday. 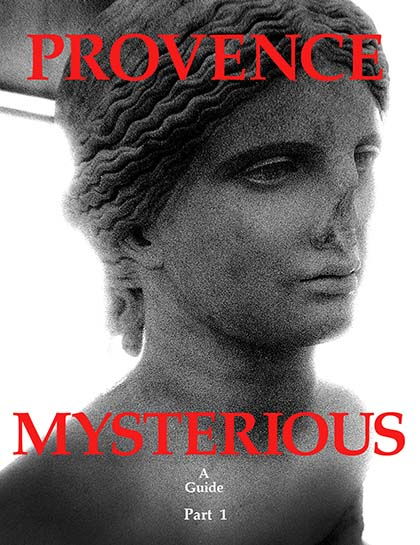 Provence Mysterious a set of interactive iBooks begins with The Golden Age of Antiquité. Andrew Squires a professional photographer and hobbyist historian has tethered his profession with his passion. If you are interested in Andrew’s photography, you can read Nutmeg’s previous posts here and here.

Over lunch on one of her favourite Provencal terraces, in the village of Ansouis, Andrew answered some of her questions about his iBook series.

1) When most people think of Provence, it is likely images of rosé and lavender that spring to mind. You dive into the side of the region that is a bit more obscure. What was your inspiration for Provence Mysterious?

Before moving here permanently, I read all I could about Provence, including the Peter Mayle bestseller. At some stage, I read about a ruined village called Mérindol one of nineteen villages in the Luberon where the inhabitants were massacred and the structures razed by fire. Why? Because, their residents believed in the pursuit of a simple, austere faith did not mirror the protocols of the Catholic Church at the time.

I had to visit!

As I read more, I realized that many popular ideas of the history of Provence, only remotely touch the surface. The real history is profound and rich. My desire to see and photograph the places where these events happened, as they might have been is what inspired the three volumes. 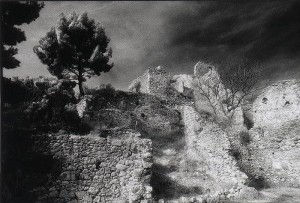 2) Why did you choose Glanum as your starting point?

The books are organized in along chronological timelines beginning at Glanum in 600BC as it does not get much older than antiquity. As a conference attendee the Recontres Internationales de la Photographie (RIP) in Arles (now known as Les Recontres d’Arles)

I realized that Glanum was tantalizing close to Arles. I would head out in the early morning sun just to tread in the dust of this magical site.

There was a sacred source (the entrance to the underworld?), standing Greek and Roman columns and the remains of pagan altars. In those first years, I took every opportunity to explore and photograph the site, which was then, entirely open no fence and no cafe. The Glanum sanctuary had been lost for 15 centuries. It had appeared in ancient texts and was seen only on fantastical maps, re-appearing when excavations began in the 1920s. 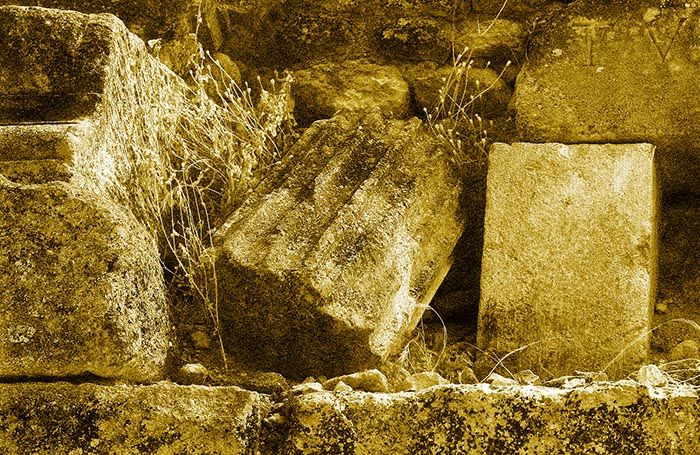 Caption: In the dust at Glanum. Remains of a Temple built by Agrippa.

3) What comes first for you a photo followed by the historical context or the inverse?

A lovely cosmological mix, reading led me to what to photograph and why.

Part of my reason for assisting the RIP in the early 1990s was discovering the world of international photography, seeing the images and listening to the photographers.

Being already in Arles, gave me the freedom to explore Provence. To roam the deserts of the Camargue, abandoned villages in the Alps and the magic of the Cote Bleu. These were places where something significant had occurred.

4) In the first volume do you have a particular place that “speaks’ to you? Is there one that you go back to time and again because there are still mysteries to be uncovered?

There are lieux (places) to which I return. It’s a ‘sensation of wonder’ that continues to attract me. I have some private and secret places, but mostly I enjoy sharing my sense of wonder in the iBooks.  Sometimes chance intervenes and I find another picture that fits the series. 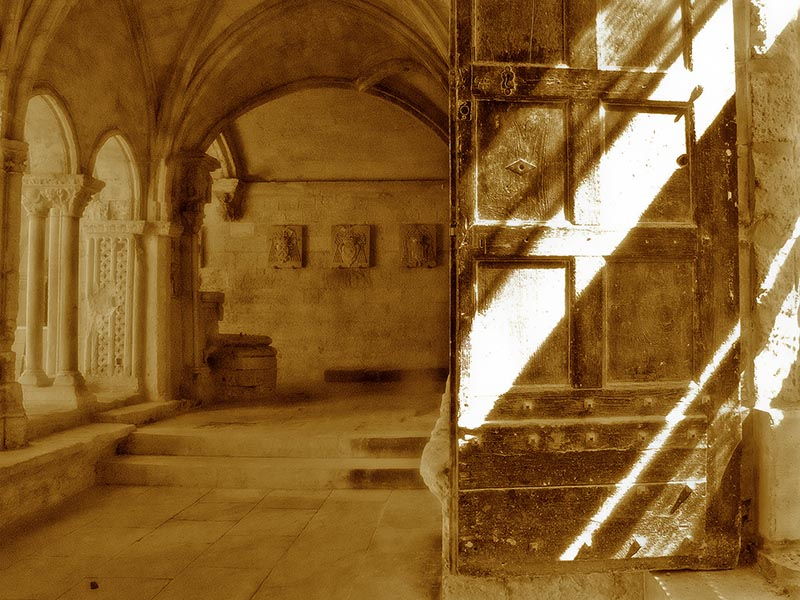 Caption: I was looking for examples of coats of arms, and researching, why were they inside a monastery? And this extremely old door was open.

5) How long did it take you to collect the photos, do the research and pull it all together into the iBooks?

Putting together the iBooks was a considerably shorter time than the original paper version, which took about thirty-five years. I worked on a digital version in the beginning, using PDF with a view to a DVD – a format that died before I could finish it.

The Acrobat PDF work, at an early stage began to allow for interactivity, including film, sound, links to maps, extended footnotes and magnifying hundreds of photographs. There was no paper expense limit, which was a fantastic boon.

6) Who is your target reader?

I have always thought ‘Provence Mysterious’ was a guide for young lovers on holiday in Provence, like I was, a long time ago. However even for the more mature I feel this is a profound guide to be used ‘on the road’, or inside your head from an iPad.

7) Can you sketch an outline of the next two parts? 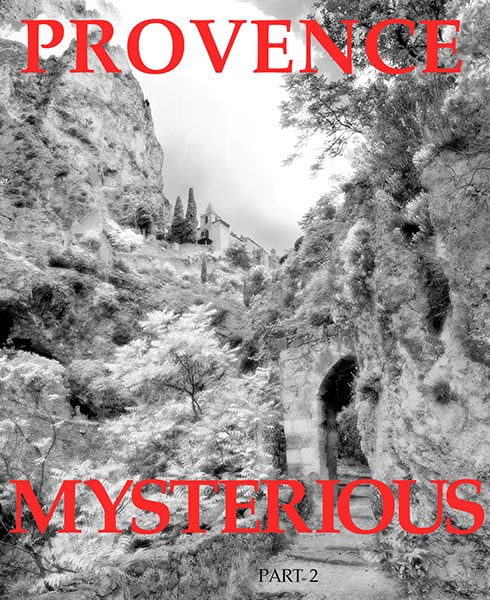 Part 3. Towards the Enlightenment: History is hidden in villages worn by legends, deserted islands with castles a church that contains a crypt where kings, popes and pilgrims came to pray, the treasures of the Crusades are all unveiled this volume. You can download the three volumes here.

Image Credits: All photos were provide by and published with the permission of Andrew Squires 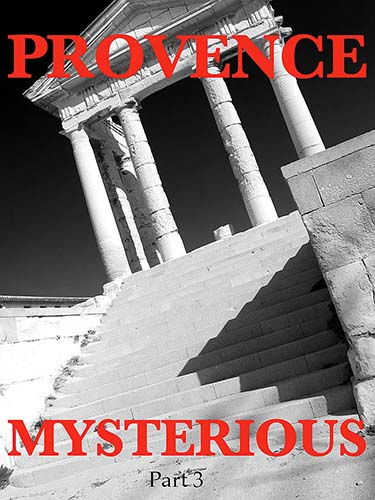